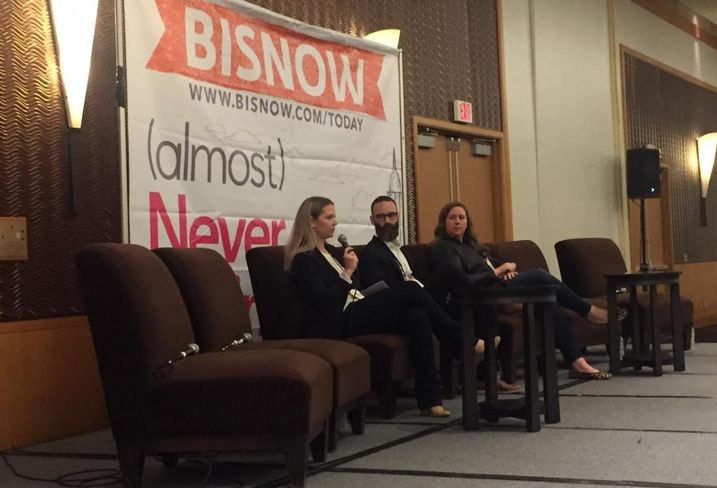 Tech companies have begun a major push into the Tenderloin. Reddit and Pinterest have established presences in the neighborhood and company execs shared their experiences and plans at our Future of SoMa & Tenderloin event in San Francisco last week. Custom Spaces founder and CEO Jenny Haeg (above left) moderated the tech tenant panel.

Reddit chose the Tenderloin because it offered quick access to BART and was surrounded by great bars and restaurants, said Reddit director Lauren Puff (above right). The goal was to merge the community-based culture of the website with the local community. This could play out in live AMA (Ask Me Anything) or volunteer outreach.

Pinterest head of community partnership Charlie Hale (middle) said it was essential for tech companies to be accessible and integrate into the community. He spoke about Zendesk’s efforts as a model for other Tenderloin residents. 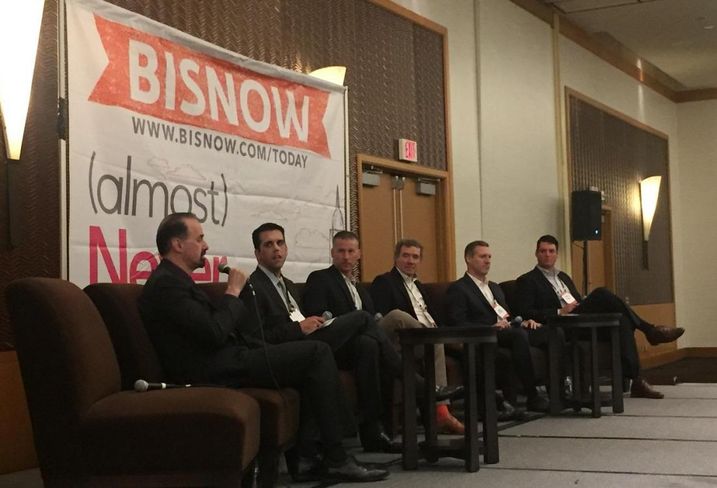 Kilroy's Mike Grisso said Prop M distorted the market by placing an artificial cap on development. Despite the rise in prices, he was against the measure since it made the tenant base less diverse.

Boston Properties' Michael Tymoff asked whether any exemptions to Prop M will be considered to ensure development continues in the city.

NAI Northern California EVP Chris Economou pointed to peaking rents as a sign the cycle might turn. He also discussed Oakland's prospects, saying while there was enthusiasm, there were "not a lot of cranes in the sky."