PwC is planning to take more than a third of the space at 405 Howard St. in San Francisco, inking a deal for 200K SF of the 521K SF building near the newly finished Salesforce Transit Center. 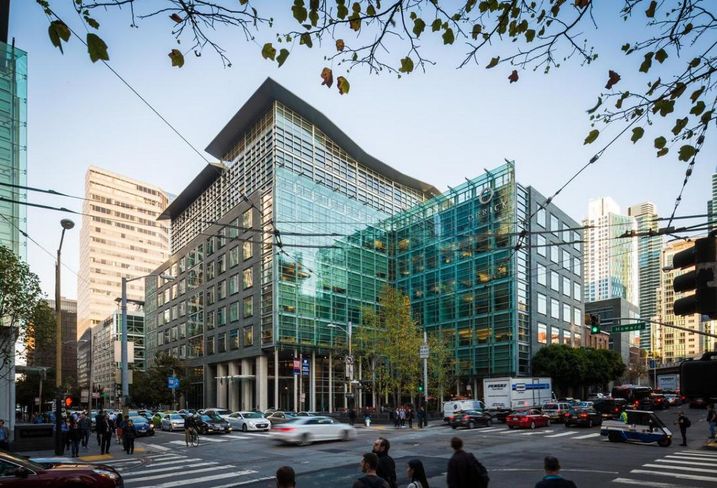 The professional services and auditing firm formerly known as PricewaterhouseCoopers will relocate its San Francisco offices to 405 Howard in 2020, according to JLL. The company currently leases 165K SF at Three Embarcadero. With the move, PwC plans to increase its local workforce by about 20%, according to the San Francisco Chronicle.

The LEED Platinum-certified, 10-story office building in the city's South Financial District is one of four buildings in the Foundry Square Complex. It is also known as Foundry Square II or the Orrick Building. It is the headquarters of the Orrick, Herringon & Sutcliffe law firm.

Norges Bank Real Estate Management and TIAA-CREF purchased the building from a JV of Langley Investment Properties and GE Asset Management in 2014 for $390M, or $748/SF, one of the largest deals in Q4 that year. TH Real Estate, TIAA's property division, and Norges Bank were represented in the PwC lease by JLL's Chris Roeder, Ted Davies and Tom Doupe.

“San Francisco is in the middle of a dramatic economic transformational shift that is having a major impact on the way people work, when they work and where they work,” Roeder, JLL's international director, said in a statement. “Open collaborative space on large floor plates in prime office buildings such as 405 Howard Street is very much in demand and as PwC and others have shown, it is not solely technology companies that have the desire to lease such space.”

Leasing activity has been strong in San Francisco this year. Last quarter, 2.3M SF leased in spaces larger than 20K SF, JLL reports. Total vacancy has declined to 7.7% — the lowest since Q4 2000, the brokerage reports.

Much of the demand remains for larger spaces, with nine leases signed so far this year for more than 100K SF. Those large blocks of space are hard to come by, and the PwC lease removes more from the market. Despite 4.7M SF underway in new construction, 71% is pre-leased and only two projects are expected to deliver in 2019, creating a tight supply, JLL reports. That is likely to push office rents above their already-record levels.