While Oakland's office market is thriving, many challenges could stagnate the market. Developers, brokers, contractors and investors got together in Oakland to discuss the market and to hash out ways to work around potential challenges during Bisnow’s recent Oakland Future of Office event. 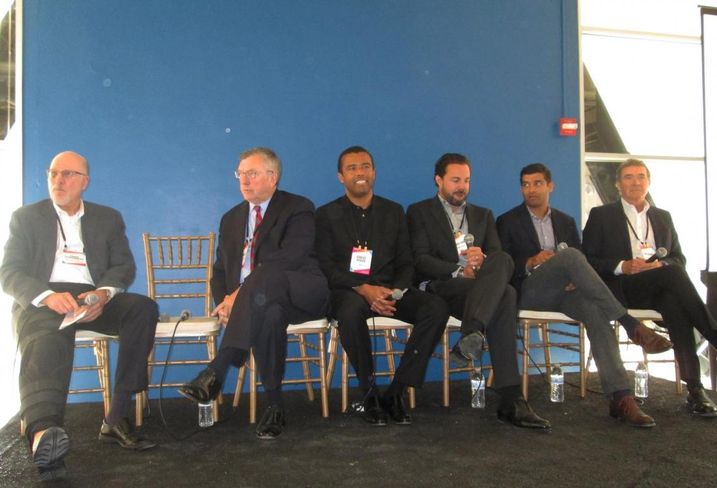 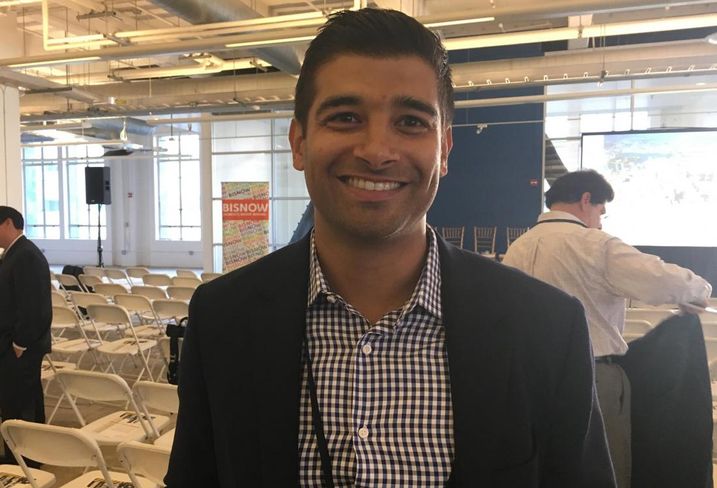 Isaac said growth in Oakland is “coming from all sides.” There is an established base of office users and pent-up demand from new users. 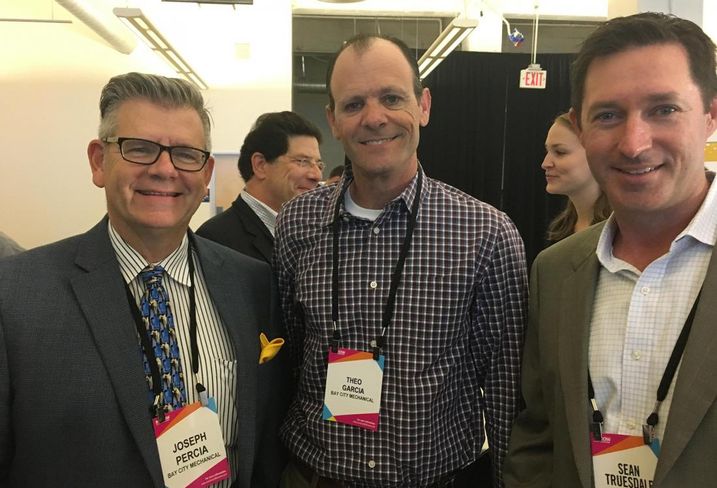 Sean said his work on Uptown Station reminds him about what happened when his firm worked on Twitter’s headquarters in San Francisco. It revitalized the surrounding neighborhood, increased development and created more jobs. 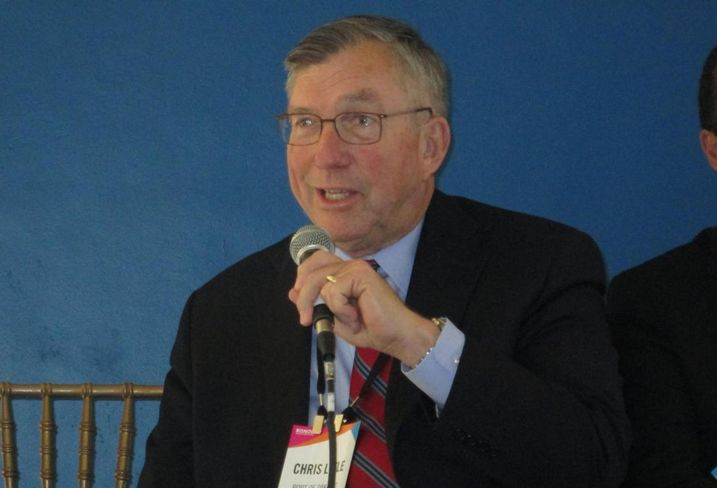 Port of Oakland executive director Chris Lytle, above, said the ongoing expansion of nonstop flights around the world from Oakland will only help attract more business. There is also construction at the airport that will improve aesthetics and safety.

He said the public agency is working with about 4,500 acres and 650k SF of office space. It has about $500M to spend on infrastructure and construction. Jack London Square all the way to Oakland Airport Business Park has occupancy rates at about 3%, similar to all of Oakland.

Chris said Oakland is not just about building up tech, but there’s plenty of opportunity for trade, commerce and logistics jobs as well. This level of diversity can help counteract the volatility often seen in tech. The port represents about 73,000 jobs. 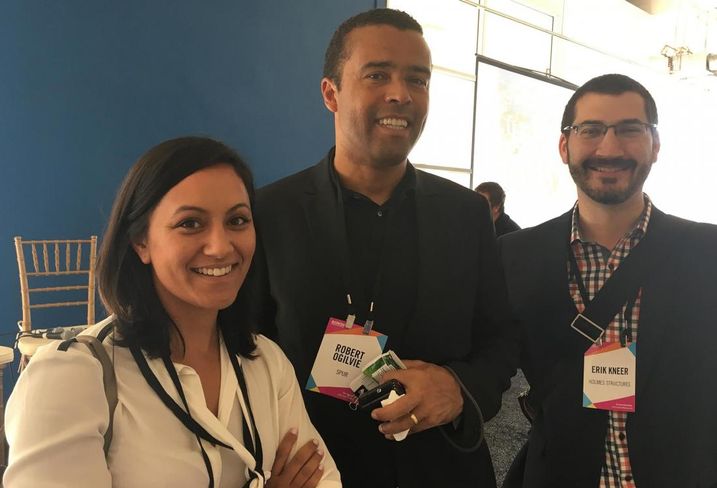 SPUR director Robert Ogilvie, above center with HP Investors' Siddhi Saraiya and Holmes Structures associate principal Erik Kneer, said there are even more opportunities outside of Downtown Oakland and along International Boulevard, which has about 47 acres of vacant lots and 400k SF of empty retail space. A bus rapid transit is being built, making this area of Oakland more accessible. MacArthur Boulevard has even more vacant land and space available.

“These are the next great opportunities for high-density and mid-rise or mixed-used projects,” he said. 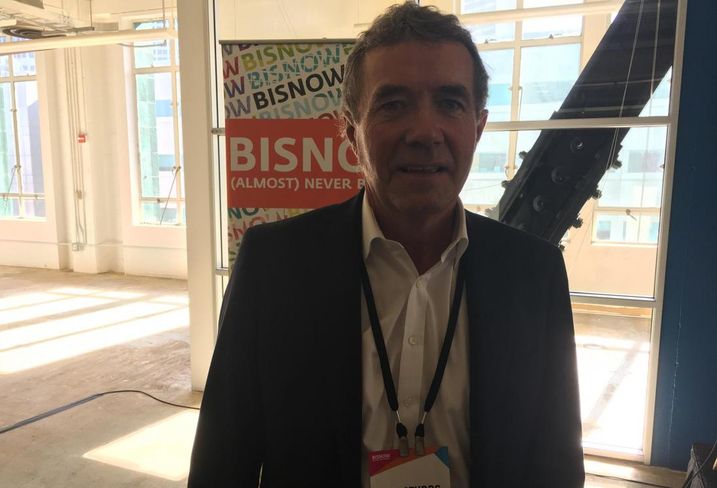 TMG Partners partner Tom Stubbs, above, said part of why TMG is in Oakland is because the city has the lowest vacancy rate in the country and his firm can still buy buildings at a reasonable price versus San Francisco.

“We’re buying existing products for repositioning in good locations in a market we believe in," he said.

A lack of new construction remains a paradox even in a market with low vacancy and rising rents, he said. 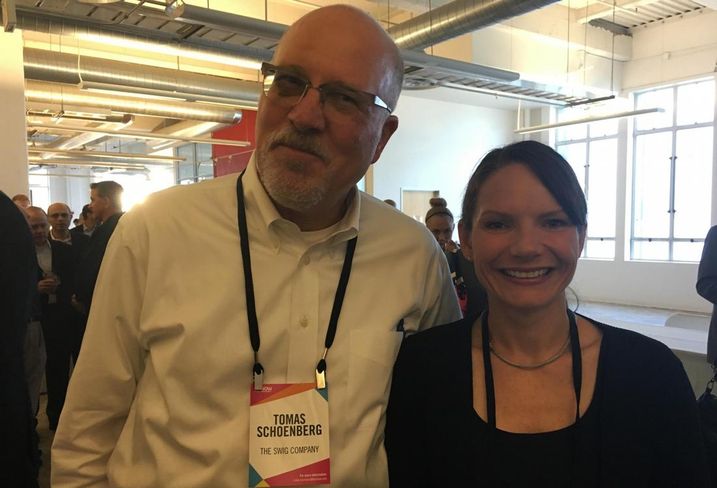 The Swig Co EVP Tomas Schoenberg, above with Arup associate and business development manager Becky Zegar, said for three decades the Oakland office market was "languishing with rents in the high $20s and low $30s, but over the last three years the Class-A market is now hitting the mid-50s.” 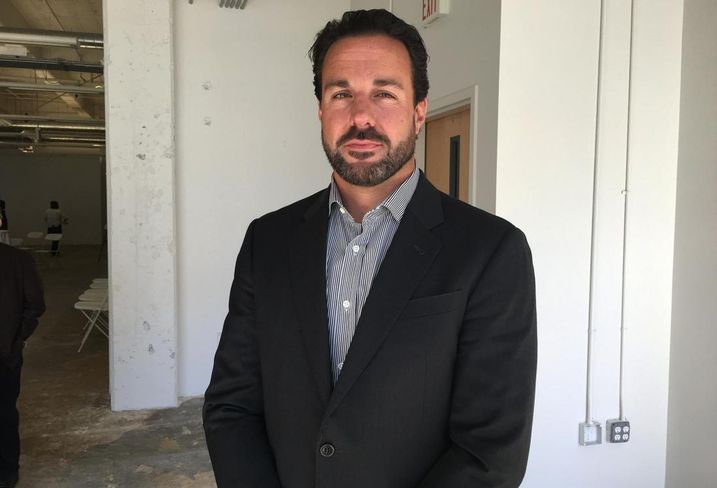 HP Investor's Isaac said one of the biggest challenges in Oakland is the lack of ground-floor retail activity along Broadway and a need for more hospitality to attract large users. 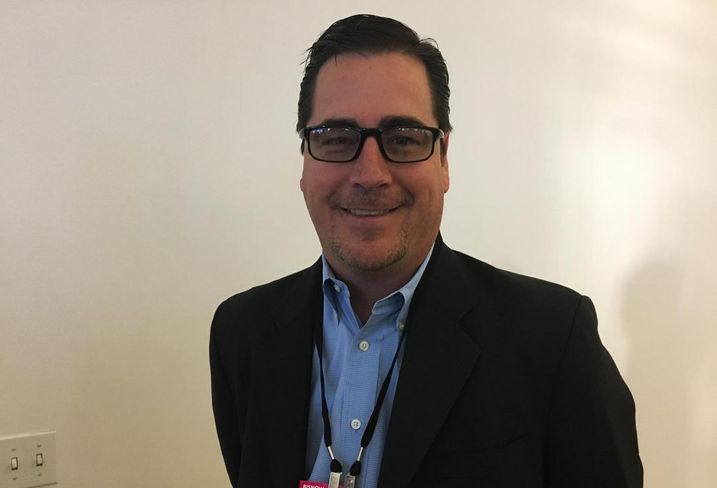 Turner Construction VP and GM Dan Wheeler, above, said the biggest challenges in Oakland come down to a chicken-and-egg scenario. While there are a variety of high-rises with entitlements, many haven’t broken ground because they are waiting for a large anchor tenant. Rents need to catch up to make the cost of construction worth the build, he said.

Working with the City of Oakland has also had its challenges, but many find it easier than San Francisco.

Dan said the entitlement stage has gotten better in Oakland, but construction permitting can be slow because the city doesn’t allow third-party reviews.

Truebeck Construction's Sean said his experience has been positive and permitting has been twice as fast in Oakland compared to San Francisco. 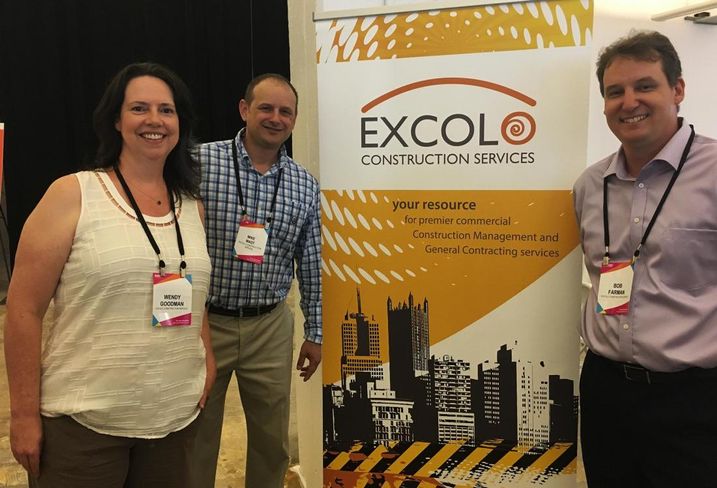 Excolo Construction Services principal Bob Farman, above right with Excolo Construction Services relationship director Wendy Goodman and Mike Mast, has had a similarly quick process for small tenant improvement projects in Oakland with the only holdup being with the fire department. Permits often take six to eight weeks after they are submitted, but Bob said having good communication with the fire department helps improve the process.

Bob said the biggest challenge he often faces is getting subcontractors to come into his small tenant improvement projects. Because his projects are small and have a quick turnaround, it’s often difficult to find subs who have time to do the job. He typically lets subs know if a project is coming to make sure they are ready to jump onto the project.