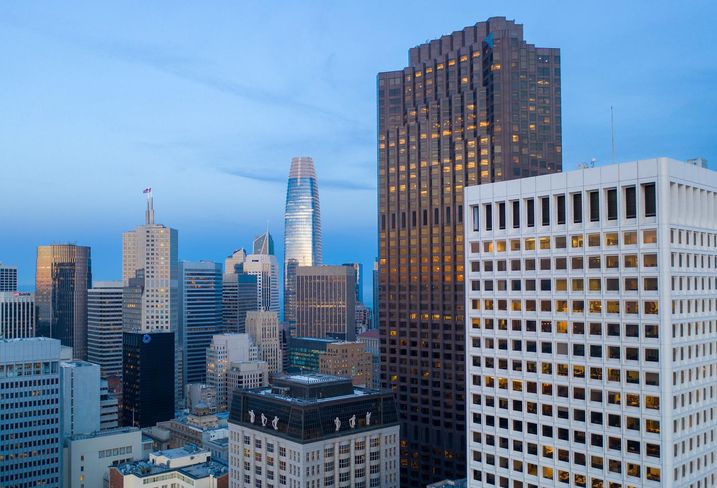 The Bay Area office market now has the most expensive rents ever, a new report from Colliers International shows.

For the first time, average asking office rents in the San Francisco Bay Area topped $90 per SF in the second quarter.

The report tracked office activity in some of the Bay Area's primary submarkets, including the San Francisco Financial District and SoMa area as well as key Silicon Valley cities like Mountain View and Sunnyvale.

Amid a national office market with an all-time low vacancy rate of 11.5% and positive absorption in most major cities, the Bay Area's stands out in several key ways, according to Colliers International Director of National Office Research Stephen Newbold, who authored the report with National Office Services President Cynthia Foster.

"Even though we say [$92.40 per SF] is the average asking rate in San Francisco, rents are actually being struck at those kinds of levels, in some cases at over $100 per SF," Newbold said. "For other markets, like Washington, D.C., you have what the market is asking, but you may get a discount after the build-out."

Class-A office space in the San Francisco Financial District drew an average asking rate of $95.76 in Q2, up 6% from $90.29 in Q1, according to Colliers. The largest Q2 office lease occurred in FiDi, with First Republic Bank taking 265K SF at One Front Street.

Otherwise, what's heating up both San Francisco's and Silicon Valley's demand for office space is the same thing stoking other major office markets across the country: growth.

"The growth comes from two areas, both of which are obviously very critical for San Francisco: tech firms and coworking and flexible workspace operators," Newbold said. "That's what is driving the actual absorption of space."

Absorption in 2019 has been headlined by major office leases like Pinterest's 490K SF at 88 Bluxome St., a project by Alexandria Real Estate Equities and TMG Partners that only just received city approval.

Other sizable lease transactions in 2019 have occurred in SoMa, where tech company Asana took 266K SF of Class-B space at 633 Folsom St., and Slack took 208K SF at 45 Fremont St.

In Silicon Valley, office activity this year has been led by Google's pre-lease of 728K SF under construction at 60 East Brokaw Road in North San Jose and Uber's lease of 290K SF at 190-200 South Mathilda Ave. in Sunnyvale.

Rising asking rents across the Bay Area have also fueled big office sales, with notable transactions including Jamestown's landmark purchase of Levi's Plaza at 1155 Battery St. in S.F. for a reported $820M.

Newbold said that international economic factors, like the China-U.S. trade dispute and slowing gross domestic product, are factors to watch, but that there is little sign in national CRE of supply starting to outpace demand, which would be ominous. Instead, he observes the opposite.

"Even though construction across the U.S. is at an all-time high, a great share of that space is pre-leased," he said.