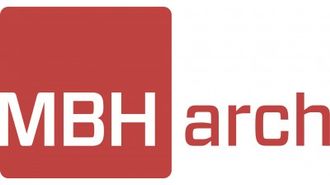 Giving back has been an integral part of MBH Architects’ culture since the firm opened its doors in 1989, when founding principals John McNulty and Dennis Heath committed to cultivating their relationship with On Lok Lifeways, a nonprofit that develops healthcare models for the elderly. Supporting a diverse array of causes, including arts education, sustainability, and ending HIV/AIDS, Alzheimer’s, heart disease and homelessness, has solidified MBH's tradition of enhancing communities with socially minded projects and volunteer work. The firm's most recent project, a collaboration with the Good Tidings Foundation, is shown below.

MBH partnered with the foundation to design its past and current headquarters and multiple LeRoy Neiman Arts Studios. These spaces (shown above and below) provide underserved children and teenagers with a lively and beautiful place to learn and create art.

MBH’s bevy of worthy causes resonate with its employees and leverage a shared passion for design and architecture. Employees build houses with Habitat for Humanity, as well as design and build unique pieces for the Petchitecture design contest and silent auction, which benefits the nonprofit organization PAWS.

The firm celebrated its 25th anniversary by devoting a workday to volunteering at the Alameda Point Collaborative, helping to prepare farmland for planting and expansion. More than 150 MBH staff weeded, tilled, planted and built a new shed.

It was a rewarding afternoon, with the difficulty of the manual labor offset by the gratification of seeing the direct impact of their work, says director of operations Rachel Baber. Collaborating with colleagues and joining together to promote a worthwhile cause has strengthened MBH’s teams, resulting in a collegial interdisciplinary approach around the office.

While MBH works diligently to expand its presence while remaining a formidable force in the architectural world, these initiatives demonstrate it has not neglected the local community it has called home and passionately supported for nearly three decades.

The most recent art studio was built in collaboration with Alice Cooper’s Solid Rock Foundation in Phoenix. On June 28, MBH employees stood by (both literally and metaphorically) Alice Cooper and the Good Tidings Foundation’s founder Larry Harper (above) as the red ribbon was cut heralding the studio’s grand opening. Supporters of the foundation and local teens gathered to celebrate with performances and art demonstrations.

MBH Architects
Born with the hope of making a difference, we have the desire to create better environments –from our smallest aesthetic gestures to our most magnificent creations. We aspire to build quality long-term client relationships that allow us to integrate and work together so that we are viewed as part of the corporate family and not as a consultant. We will provide clarity to function and ingenuity to form while maintaining a balance between design elements and the analytical, logical and technical issues. We are architects grounded by the belief that we are stronger as a team than as individuals. We relish a challenge and understand that every day is a new opportunity to develop an even better way to practice our craft.
Confirmed! You are subscribed to the Bisnow San Francisco E-Newsletter.
Most Read Stories
More Top Stories
Bisnow San Francisco Newsletter
Bisnow San Francisco Newsletter