When the Rev. Arnold Townsend was a teenager, he would drive up to San Francisco from Los Angeles in his friend’s 1955 Chevy. He and his friend would set out on a Friday and spend the weekend partying up and down Fillmore Street. There was a nightlife in Los Angeles, but nothing quite like San Francisco, he said. 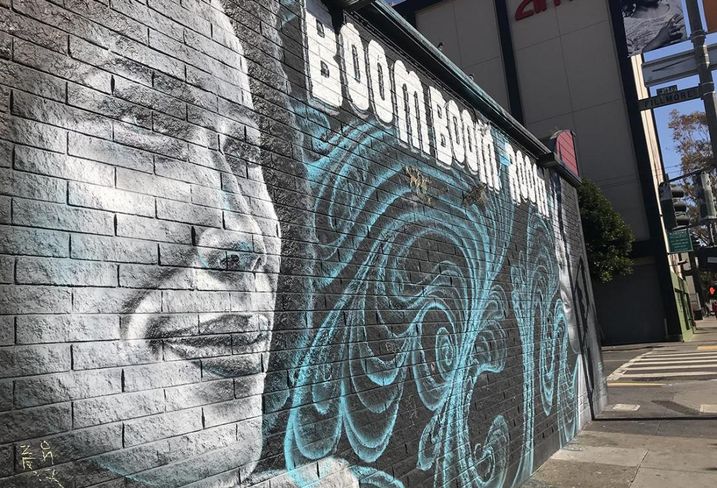 Clubs used to start at Haight and span to north of Clay Street and many also lined Divisadero, according to Townsend, an associate minister at Without Walls Church. There was Half Note, Club Morocco, Elsie’s Breakfast Club, Blue Mirror, Sportsman and countless others. The area was once considered the Harlem of the West.

“It was lively,” said Townsend, now in his 70s. “We used to say if you couldn’t meet a girl by 2 a.m., you didn’t deserve one. You could really meet people then.”

Every well-known musician on the national stage from Ella Fitzgerald to Miles Davis played and performed in the neighborhood during the 1940s and 1950s. But once redevelopment started, that culture disappeared.

“[Redevelopment] destroyed all of our watering holes,” Townsend said. “All of the places where people gather.”

Whole blocks were declared blighted by the San Francisco Redevelopment Agency and jazz clubs and nightclubs were destroyed to make way for housing and new development. They were never replaced. Black families were evicted and hundreds of black-owned businesses were destroyed. Today, less than 5% of the city is made up of African-Americans, according to KTVU. At the neighborhood's peak in 1970, African-Americans made up over 13% of the city's population.

While the community that once was may never be again, local advocates are trying to bring back the culture and heritage of the Fillmore District and Western Addition. 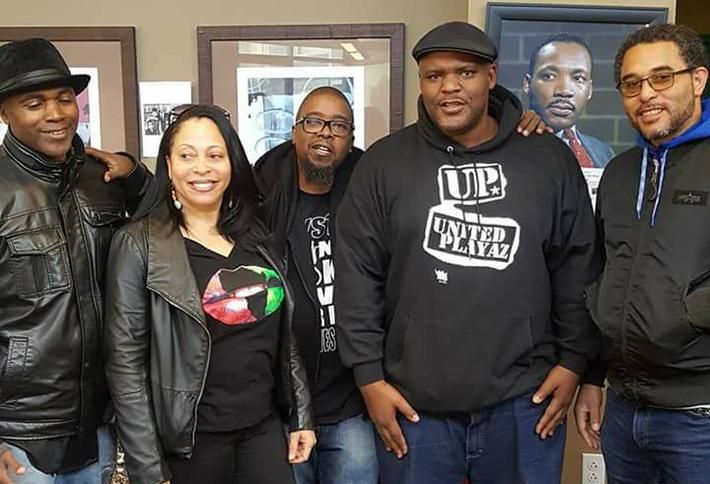 The New Community Leadership Foundation has become a part of the effort to turn the Fillmore Heritage Center at 1300 Fillmore St., the site of a former Yoshi’s sushi bar, into a community hub.

“This space is one of the last developments on Fillmore Street that could undo the past damage of the redevelopment agency,” NCFL Communications Director Majeid Crawford said.

Crawford’s fight to bring back the culture is not just for the betterment of the community — it is also personal. His great uncle, Henry Noyd, played the saxophone at Bop City. His father, Leslie Crawford, also played the saxophone, but had to go to France to perform because the local clubs had been bulldozed, Crawford said. His father never returned to the city; he died after battling with drug addiction.

“My dad must have been heartbroken,” Crawford said. “He should have been playing with his uncle at Bop City.” 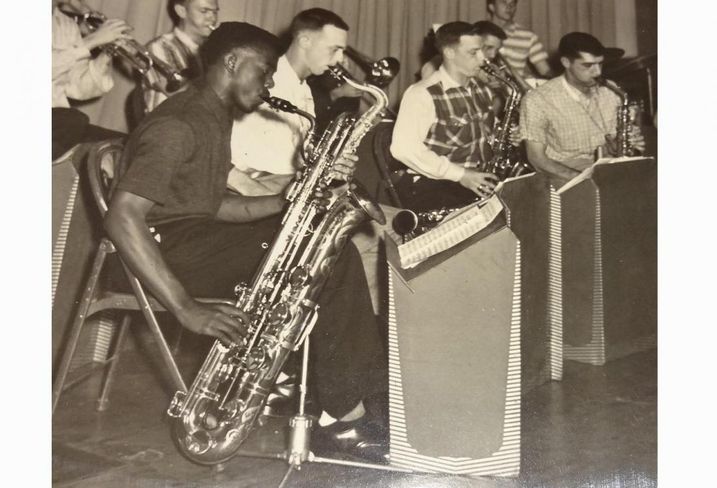 The NCLF held rallies late in 2017, submitted letters to the city and created a 10-point community benefit plan to provide guidance on what would be best for the Fillmore Heritage Center.

On Wednesday, the city reached out to the NCLF to begin further discussions of the site, which has left Crawford with a sense of optimism months after a city panel rejected every bid for the site.

“I’m very excited. This is the most excited I’ve felt for the Fillmore in a long time,” he said. 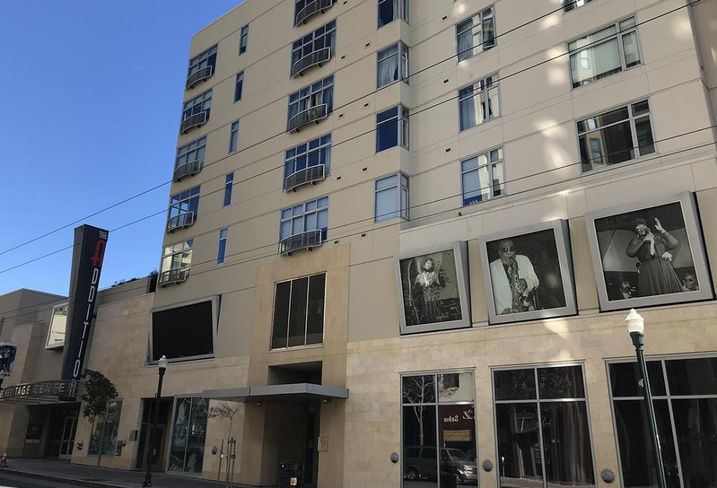 Crawford said Yoshi’s closed because it was a high-end sushi bar that was not the right fit for the working-class community. The area has been marketed as a restaurant district, but there is not a lot of foot traffic to support the local businesses, he said.

The NCLF would like the Fillmore Heritage Center turned into a place for artists and musicians, while providing a place for adults and seniors to gather, which has been missing in the area since redevelopment, he said.

“I’m doing this because it hurts me to see the black community pushed out and the economic opportunities taken [away],” Crawford said.

A Neighborhood Of Activism 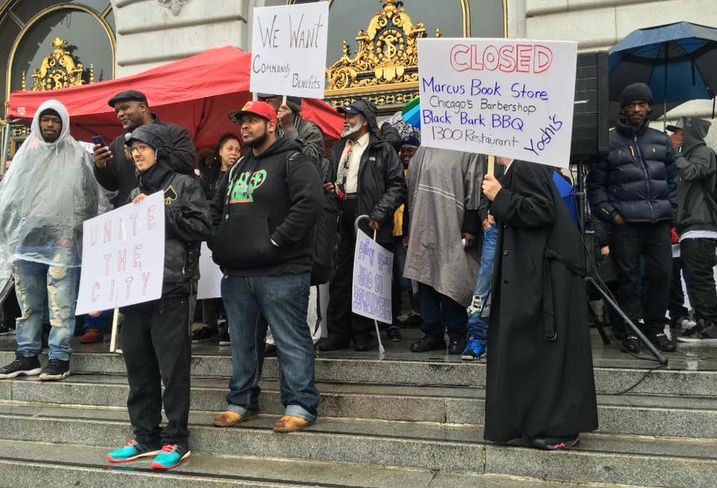 Courtesy of Majeid Crawford
A Jan. 18 rally led by the New Community Leadership Foundation, a local organization focused on the betterment of the black community in San Francisco's Fillmore District

Local activism is nothing new for the Fillmore. The Black Panthers had an office on Fillmore Street near Eddy Street. And Townsend, also the vice president of the San Francisco NAACP, was one of the many individuals who actively opposed redevelopment in the 1960s and 1970s.

“Thousands of people were pushed out,” Townsend said. “It didn’t have to happen.”

When Townsend moved to Fillmore in 1967 after he was in the Army, the first round of redevelopment had already hit the community. He became a student at San Francisco State University and joined the Black Student Union. The BSU encouraged its members to get out into the community, and he was assigned the Fillmore/Western Addition neighborhood.

He then joined the fight against the redevelopment agency and its policies of discrimination, he said. Townsend said one of the biggest lessons he has learned is that it is hard to trust people working for institutions. If the mission of the institution is discriminatory, it is impossible for these people to do their jobs without harming some people, he said.

“We did a lot of fighting and had some victories, but we didn’t win,” he said.

The loss of places to gather was particularly significant, he said. These places were where people young and old socialized and brought people together and allowed them to organize when a common problem or issue was shared, he said.

“That’s when and where things happened,” he said. 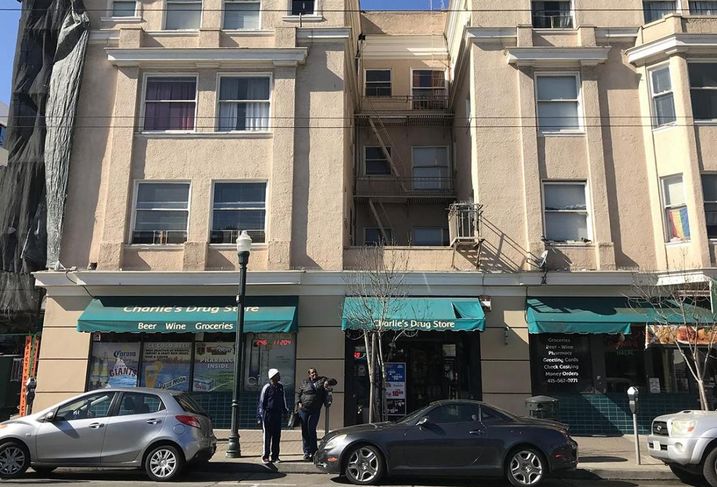 During the 40 years of the redevelopment agency's work, over 800 businesses were closed and over 4,700 households were destroyed, according to SFGate.

Much of the black community headed to the East Bay or south into Hunter’s Point/Bayview. African-American residents have inched their way into Antioch and Pittsburg and north to Sacramento, according to University of San Francisco assistant professor Rachel Brahinsky. And many have moved to Atlanta and the South where their relatives used to live.

The black community also faces significant income disparities. Median income for blacks is $27K compared to $89K for whites, according to the New York Times.

“The black community has the highest unemployment and displacement of anyone [in the city],” Townsend said. 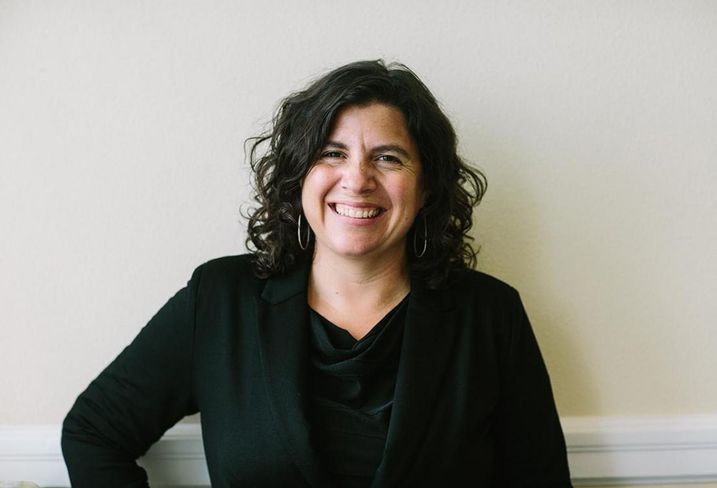 While redevelopment occurred all over the country, the Fillmore was different, according to USF’s Brahinsky.

“The experience of redevelopment in Fillmore and in particular the processes in play there sparked a social movement,” Brahinsky said. “The Fillmore experience was ... the birth of the affordable housing movement. People fought back.”

Even with the current problems with housing, San Francisco would not have any permanently affordable units if not to some extent for the advocacy that was born in Fillmore, according to Brahinksy, who also is faculty director at USF’s Graduate Programs in Urban and Public Affairs.

The San Francisco Housing Development Corp. was founded in 1988 by a group of African-American leaders who were trying to address the displacement that occurred in the 1960s and 1970s, SFHDC CEO David Sobel said. The group founded the nonprofit to provide a voice and resources to people trying to stay in San Francisco or to come back to a city that was once home, he said.

The organization began developing affordable housing units in San Francisco in 1992 with a focus on the Western Addition, Fillmore and Bayview/Hunters Point and has built 650 permanently affordable housing units and another 785 are in the pipeline. It also offers 100% affordable homeownership opportunities. SFHDC provides housing and financial counseling, residential services and on-site support as well as economic development.

SFHDC partnered with the NCFL in its efforts to re-create the city-owned Fillmore Heritage Center. The plan is to continue the purpose the site was intended for, which was to create an entertainment center with music, art, food and beverage, he said.

“This is really the opportunity for the city as a whole to make up for some of the mistakes of the past while also looking [to] the future and providing this great set of benefits to the neighborhood,” Sobel said. 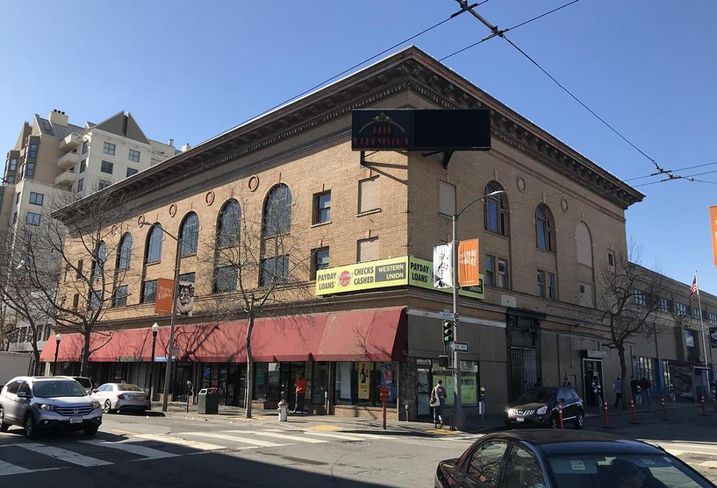 Black residents ended up staying and buying homes and owning businesses, Townsend said. Unlike the South, black people did not have to deal with overt racism in San Francisco, but racial disparities existed, and still do today, he said.

Because of redlining, a secret practice from lenders and banks that led to different ethnic groups being unable to get loans in certain neighborhoods, many San Francisco African-Americans ended up living within the Fillmore and sharing homes, USF's Brahinsky said. These neighborhoods also were under-invested in and led to naturally blighted conditions, she said.

Instead of preserving and investing in the area, planners declared whole blocks blighted, bulldozed and developed high-rise concrete buildings, Brahinsky said. Many of the homes that were destroyed were beautiful Victorian homes that were taller and older-looking than many of the homes San Francisco is famous for, she said. About 2,500 Victorian homes were destroyed, according to SFGate.

“It would have looked like Alamo Square everywhere across the neighborhood,” she said.

What happened in the Fillmore/Western Addition continues to shape the development conversation today. Fillmore crops up in hearings and planning commission meetings whenever a project may impact a community of color, which Brahinsky calls the “Fillmore Ghost.”

“A lot of people are aware of the neighborhood that was really decimated by our own city,” Brahinsky said. “It is the ghost in the room. It is always there.”

Townsend is still fighting to make sure housing projects do not favor one group over another, and most recently the San Francisco NAACP convinced the city to change a proposed gay senior housing project into one that is open to all seniors with gay seniors strongly encouraged to apply, he said.

Hope For The Future After Decades Of Loss 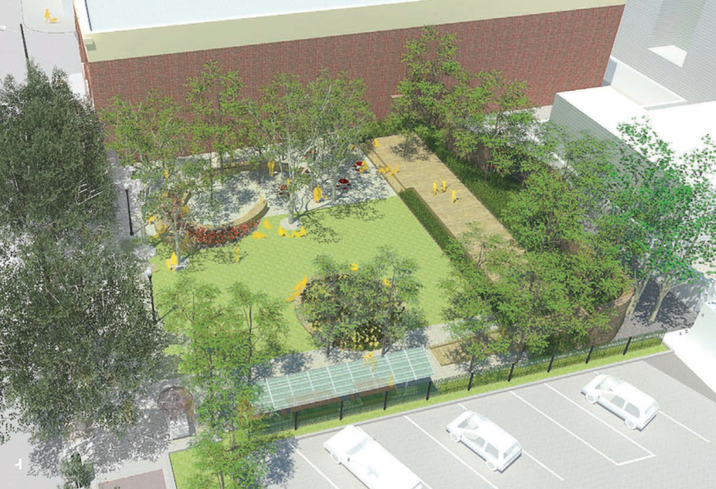 Even though the general sense among residents is one of loss, among the black residents who remain, many fight to bring back some of the pre-redevelopment culture.

“The sentiment … is still a desire to preserve whatever is preservable and try to direct city resources to help those who are struggling,” Brahinsky said.

Many people and families who left the area return on the weekends for church meetings and to socialize with friends, according to Brahinsky.

“It's still a node in African-American cultural life even if it's not the neighborhood it once was a very long time ago,” Brahinsky said.

Many longtime residents have no desire to leave and want to make the area better for the community. Crawford has been working to redevelop a blighted park into the Fillmore Mini Park that would be a gathering place with a stage.

Crawford said he has no plans to leave the area.

“For my own survival, I like living in the city,” Crawford said. “I don’t want to go to Antioch where I’m not familiar.”

Townsend said he has mixed feelings about the future of a community he devoted his life to, but a younger generation could bring back the liveliness of a once-thriving cultural hub.

“Logic says no. Hope says yes,” Townsend said. “Sometimes you have to hope for things you can’t see.”