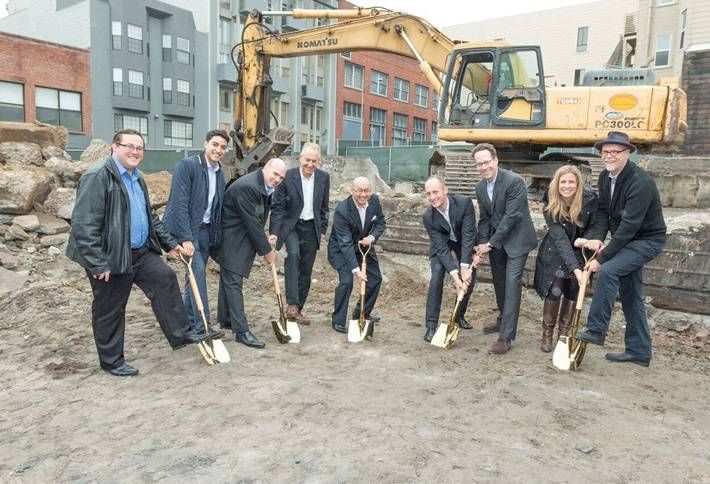 Pacific Eagle, a subsidiary of Great Eagle Holdings based in Hong Kong, bought the entitled development site in the city's Lower Polk neighborhood from Trumark Urban for $21M in January.

The previous owner had made a great start for Pacific Eagle to take it to the next level, Hans Galland, Pacific Eagle VP of development and acquisitions, tells us.

Pacific Eagle has been based in San Francisco for more than 20 years, so it was a natural place to start when bringing its ground-up development experience to the US, Hans says. As a long-term investor in San Francisco, Pacific Eagle is optimistic about the city's future and excited to contribute more housing, which is in such high demand, he tells us.

Pacific Eagle plans around 100 condos on the property, which also will include three ground-floor retail spaces. One of those spaces will be for the Lower Polk Community Benefit District, which will use the space for its operations and for a local artists gallery along Austin Alley. That use fits with the Lower Polk Alley Initiative to create urban open spaces along the six alleys along Polk Street.

The 1545 Pine St location was exciting, Hans tells us, because of its walkability to transportation, access to iconic San Francisco neighborhoods and to Polk Street with its abundance of neighborhood amenities.

The project is scheduled for completion in early 2017 and will include outdoor patios and roof decks, a social lounge space, a dog-washing facility, fire pits and barbecue stations.

Pacific Eagle also is developing a neighborhood-centric hotel at 1125 Market St and a mixed-use condominium and hotel tower at 555 Howard near the Transbay Transit Center.