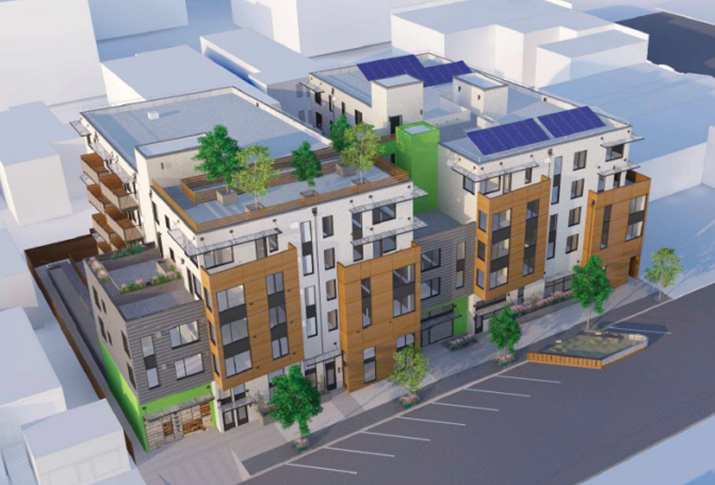 Courtesy of Gemdale Properties and Investment
Rendering of The Blake in Berkeley, Calif.

Gemdale Properties and Investment has acquired a shovel-ready 84-unit apartment site in Berkeley. The project planned for the site will be the only multifamily community in the area with rooftop solar panels, according to Gemdale.

The developer, an affiliate of China's Gemdale Corp., announced the purchase Thursday with project co-developer Blake|Griggs Properties. The companies did not disclose the purchase price.

Known as The Blake, the five-story project will include 1,350 SF of ground-floor retail. Of the 84 apartments, two will be live-work units, and the site will have 68 basement-level parking spaces, two electric vehicle parking spaces and 67 bike parking spaces.

The site benefits from being near a Berkeley BART station and the University of California, Berkeley, Gemdale USA Chairman Jason Zhu said.

Gemdale USA President Michael Krupa said supply-constrained downtown Berkeley is an ideal, walkable setting for urban professionals with downtown amenities including museums, galleries and restaurants — and the nearby Berkeley Bowl organic grocery store that draws shoppers from around the region.

"Moreover, there are more than 350 startups in Berkeley, making the city a leading center for new business and innovative technologies," he said.

It is the first project in Berkeley for Blake|Griggs Properties.