A long-stalled 147-unit apartment community in Hercules has traded hands once again. 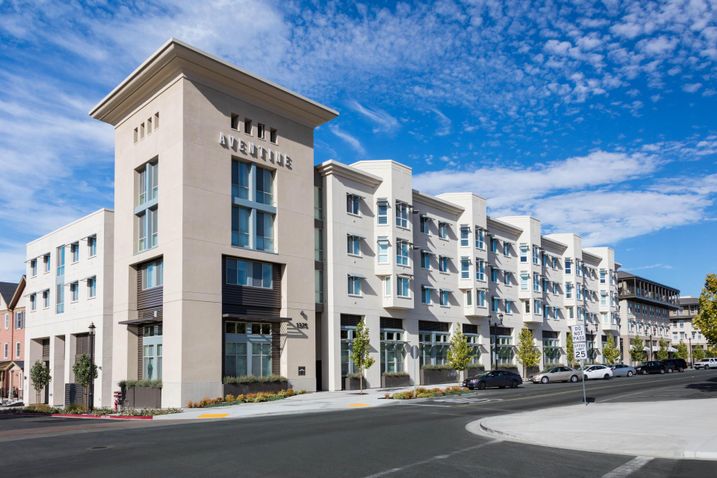 San Francisco-based Carmel Partners took over a suspended version of the project in 2014, five years after the city of Hercules itself broke ground on it, and wrapped up construction in 2016.

Located at 1375 Sycamore Ave., Aventine represents the first of a wide variety of projects slated for Hercules in the next several years. That's part of why Waterton liked the asset, according to Vice President of Acquisitions Peter Kuzma.

"The Hercules submarket has always been sort of sleepy," he said. "Now, there's really kind of a full spectrum of development activity going on."

Across the street from Aventine, developer Lewis Group has laid out plans for Sycamore Crossing, an almost 13-acre site proposed for a 105-room hotel, 30K SF of retail and 120 residences. That plan is being reviewed by the city council. Also within walking distance of Aventine is a Safeway shopping center being developed by McNellis Partners and expected to open early next year.

A few miles away, Ledcor Properties is well underway on its expansive Hercules Bayfront community. In May, the developer started construction at 2200 Muir Parkway on Phase 2, dubbed The Grand. The 232-unit project is adjacent to Phase 1, called The Exchange, which began construction last year and will have 172 units.

Near both Aventine and Ledcor's master community, Hercules is developing its Regional Intermodal Transportation Center, which will serve as a train and bus — and possibly ferry — service.

In addition to the proximity of Aventine and Hercules to booming East Bay job centers like Oakland and Walnut Creek via Interstate 80, Kuzma and Waterton envision its future transit orientation to add value to the newly acquired asset, where average in-place rents are about $2,700 across unit types (studios to three-bedrooms), according to Kuzma.

"The long-term prospect of potentially having an Amtrak station and ferry terminal in Hercules are components of our business plan," Kuzma said.

Waterton declined to disclose purchase price, and Carmel Partners didn't respond to request for comment. The half-finished property was sold for $1.1M by the city of Hercules in 2014, according to the San Francisco Business Times. It has an assessed value in 2019 of $43M, according to property records.