Residential rents in some Bay Area submarkets have fallen by double-digit percentages compared to the same period last year, as the coronavirus pandemic continues to batter the region's economy. 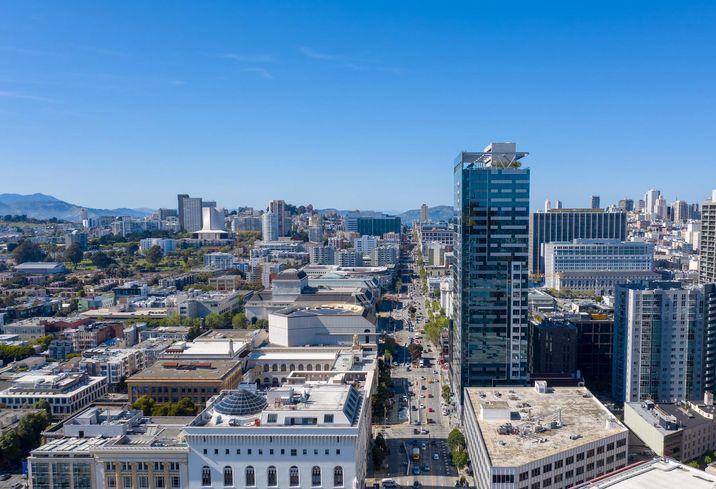 In May, Mountain View, San Bruno and Cupertino saw one-bedroom rents nosedive year-over-year by 15.9%, 14.9% and 14.3%, respectively, while San Francisco itself saw rates fall 9.2%, according to new Bay Area metro data from Zumper.

The report comes as Bay Area multifamily owners contend with slowed leasing activity tied to shelter-in-place orders and, potentially, increased telecommuting as tech giants like Facebook open up parts of their workforces to remote work.

That the region's economy, like California's as a whole, has tanked also doesn't help matters for many multifamily owners. The state's unemployment rate rose to a record 15.5% in April as job losses totaled over 2.3 million for that month alone.

Though the longer-term effects on the region's multifamily market are unclear, it is possible that both lower-end Class-B and Class-C properties, as well as luxury units, end up faring worse than average, according to Strada Investment Group Vice President William Goodman.

As many of the Bay Area's residents working in tech or other remote-friendly industries have carried on work from home, its service industries have been decimated with job losses.

“My guess is that we are going to start to see some sort of segmentation in performance on the multifamily rental market," Goodman said.

But he said that overall, he and Strada "strongly believe" that the Bay Area's fundamental housing supply and demand imbalance will persist through the crisis.

The S.F.-based company has residential projects in the works on both sides of the Bay. In its hometown, it is looking to break ground on 1629 Market St. and an adjacent supportive housing project in the summer and fall, respectively. In Oakland, Strada said it expects to finish up 1100 Clay St., which it is working on with CIM Group, in the next few months.

Oakland saw its one-bedroom rents up 4.9% year-over-year, according to Zumper. But that comes as month-over-month rent growth in the city has virtually stalled.

On a year-over-year rent growth basis, Oakland has been a bright spot, along with exurbs like Walnut Creek (9.3%) and Livermore (10.1%), according to Zumper.

Farther down the Peninsula, developer Anton DevCo has seen leasing slow and some tenant departures that Managing Partner and Chief Investment Officer Trisha Malone said are tied to new remote work policies in the tech industry.

She said collection is nearly its normal rate, but that some of the company's Menlo Park residents started leaving the day after Menlo Park-based Facebook announced its shift to remote work.

“Right now, something we’re seeing in the Bay Area is the effects of Facebook’s work-from-home policy," she said. "We’re seeing an uptick in tenants who are paying the breakage to get out of leases and relocate. There’s a lot of them moving out of state.”

Malone and Goodman both said it is too early to tell whether that kind of departure is one to seriously account for in Bay Area multifamily markets. Neither said they are worried about the region's longer-term prospects.