Rising housing costs, traffic gridlock and a housing shortage are leading developers to create new housing innovations and mixed-use buildings where people can live and work in one location. 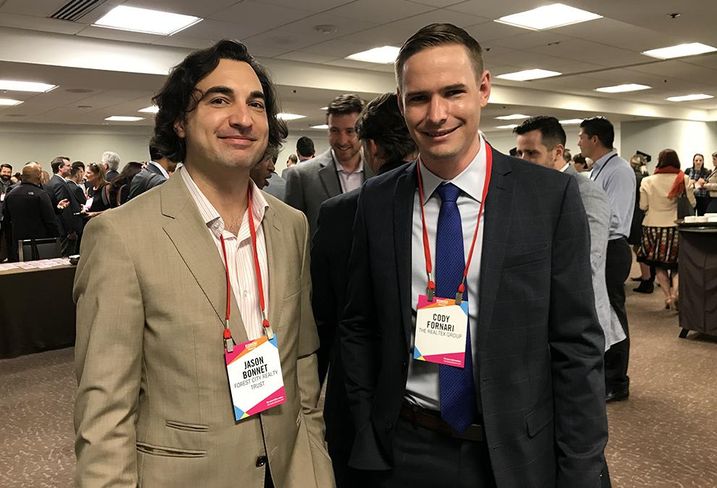 The Realtex Group, which has developed six middle-market multifamily properties in Berkeley and San Francisco’s South of Market, has proposed a new kind of mixed-use project at 475 Bryant.

The developer anticipates the building to be the first large-scale self-sufficient mixed-use building where people can live and work in the same building with plenty of amenities so that they won't need to leave, The Realtex Group CEO Cody Fornari said during Bisnow’s Future of SoMa, Mission Bay and Dogpatch event Wednesday. The company has partnered with Macy Architecture to turn a 20K SF site into a 200K SF building.

South of Market and the Central SoMa submarket are emerging as a mixed-use, transit-oriented community. The Central SoMa plan, which was approved by the planning commission in May, will create 40,000 jobs, 8,000 housing units and 20M SF of new development.

During the event at Parc 55 San Francisco, panelists also discussed transportation and parking issues, public transportation projects in the works and current and future development in Mission Bay and Dogpatch.

A Live/Work Solution For Tech Employers? Courtesy of The Realtex Group
Rendering of 475 Bryant

Realtex’s project could provide an opportunity to provide housing to major tech employers, some of which are starting to feel the pinch of escalating housing costs.

Ideally, this project would appeal to a major company like Facebook or Google that could own or master lease the entire building and provide residences for its employees as well as a satellite campus, Fornari said.

Since intellectual property is a major concern for employers, having employees living and working in the same location will help eliminate these concerns and provide additional places for collaboration, he said.

He said the project is not expected to include parking and the building is in a transit-rich corridor.

“Fifty percent of people within that building could be working from that building on a given day, eliminating their need to commute down the peninsula or walk over to the local campus,” Fornari said.

Initial plans call for 400 studios of about 200 SF. The developer anticipates about 40K SF of residential amenity space that will serve both co-living and coworking tenants. The plan will have enough coworking space for about half the residents, but the ultimate split has yet to be finalized. 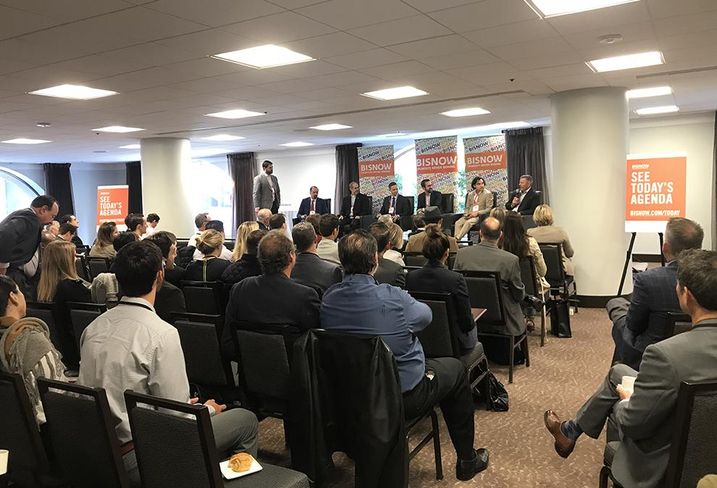 The residential units, which would be on the bottom half of the building, would be designed around a central core of amenities, such as a gym or a movie theater. He said the ground floor would have a grocery store where people can get prepared food or buy groceries.

Residents would work in the upper coworking floors that are expected to be designed like WeWork spaces, he said. WeWork typically has a mix of private offices and desks with shared kitchen and common areas.

Most of Realtex’s projects in South of Market are near the Transbay Terminal and have little to no parking due to proximity to transit. A future Central Subway station is planned for the corner of Fourth and Bryant, right in front of the new project, San Francisco Municipal Transportation Director of Transportation Ed Reiskin said. 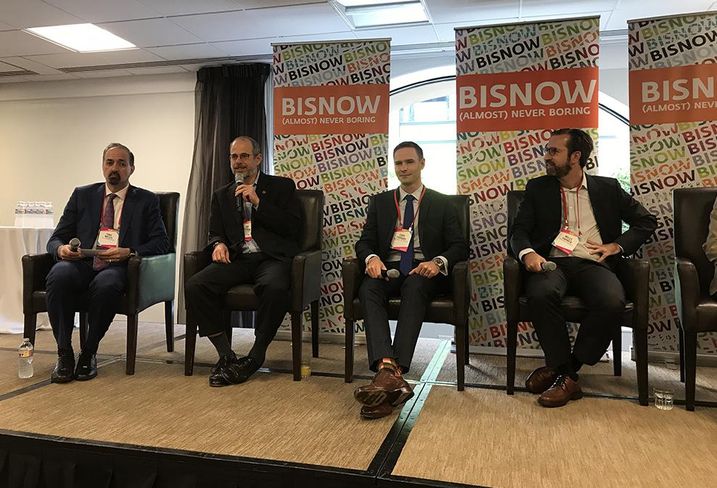 Reiskin said creating more affordable housing at 5M and other projects will help people who work in the city stay in the city and not clog up the freeways.

Forest City Realty Trust is in the process of creating a mixed-use district on 4 acres between Fifth, Mission and Howard streets near the San Francisco Chronicle building in South of Market.

Forest City plans to break ground in 2019 with the project expected to be completed in 2021, Bonnet said. The project is expected to provide $76M in community benefits, which will include $20M for transportation and sidewalk improvements.

An Ongoing Need For Condos, Too Continued unmet demand is creating a significant need for more condo projects in San Francisco as well. Demand for housing has been strong in South of Market and near Transbay Terminal.

Polaris Pacific Vice President of Research Miles Garber said 1,300 SF to 1,400 SF condo units are selling fast, but not being replenished by other projects.

He said there are a handful on the horizon, but still not enough to fill the demand. He said given the costs, 1,300 SF to 1,400 SF doesn’t pencil anymore compared to super luxury condos. Tishman Speyer’s Lumina, which is being represented by Polaris Pacific, is 95% sold, he said.

Some luxury condos coming online in the future include Related’s Transbay Block 8, which will open for sale in June, The John Buck Co. and SRE Group’s 120 units at 75 Howard, which is expected to come online by 2021, and Tishman Speyer’s Transbay Block One, Garber said.