Office campuses are becoming less isolated as more cities and companies want to be on campuses with housing that are close to transit and offer retail amenities. That has pushed landlords along the San Francisco Peninsula to reconsider what mixed-use campuses should look like and how best to create campuses that help corporate tenants attract the best and brightest employees.

Corporate campus planning in the Bay Area is part of a regional and global trend toward increased mixed-use communities.

“Land uses that used to be somewhat isolated … are now becoming much more merged,” Skidmore, Owings & Merrill Director Peter Kindel said. “That is the whole objective in Asia and I’m seeing it in Europe as well. There are much more rich, dense mixed-use environments that move away from an automobile focus and more toward a pedestrian focus.”

The developer has found ways to elevate its Bay Meadows mixed-use campus in San Mateo to compete with life sciences campuses, which often have high-end amenities on-site.

“Bay Meadows took the corporate campus and turned it inside out,” MacIntyre said.

MacIntyre said Bay Meadows has the feel of an adult collegiate atmosphere where common areas are shared by office users and residents.

“[The campus feel] is not just inside the walls of the office building, it’s everywhere,” MacIntyre said.

Bisnow/Julie Littman
The courtyard outside of Survey Monkey's building at Bay Meadows has a Fieldwork Brewing Co. with a bocce ball court and an outdoor beer garden. An apartment complex is across the street.

Outside of creating more common amenities, managing an office complex is now shifting to include programming and creating events that keep tenants engaged with one another.

“You can build a great park, but if you have not created a sense of community, nobody’s going to come,” MacIntyre said.

She said events and programming are becoming increasingly important in the office setting and daily operations of managing a property. She said landlords have to keep asking what their customers want and what their employees want.

“You have to keep it fresh or you lose out,” MacIntyre said.

For Stanford's Redwood City campus extension, the university worked to balance being part of the greater community while maintaining the feel of a Stanford campus for its employees.

Stanford’s intentions were not to create a self-sustained city with retail and places to eat, but to make sure the campus supported the downtown Redwood City infrastructure that the city was creating, he said.

The Redwood City campus will have about 1.5M SF of office, medical clinics and research and development facilities that will span up to 13 office buildings. The first phase is expected to be completed in 2019. The 35-acre site is expected to accommodate 2,700 employees.

Part of the planning of the Redwood City campus included benchmarking what other corporations did for their amenities, Lenox said. His team discovered that there was a direct correlation between the average age of a company's employees and the amenities that attracted employees.

Fitness and wellness are huge parts of Stanford's campus culture, and the university invested a lot in a fitness center, outside spaces and a town square at the Redwood City campus, he said.

Another challenge was making sure that employees who might have worked at Stanford for 20 years who were moving to Redwood City still felt like they were a part of the Stanford campus, Lenox said.

“We wanted to make sure the ethos we created on the main campus could be translated to the new campus,” he said.

He said mixed-use campuses can solve the problems of traffic congestion and housing affordability by connecting jobs with housing and helping improve the region’s long-standing issues.

“When you put those two things together and tactfully approach that with the city leadership, it puts them in a pretty interesting position from a policy standpoint,” he said. “It makes [it] pretty hard to say no and get away with it.” 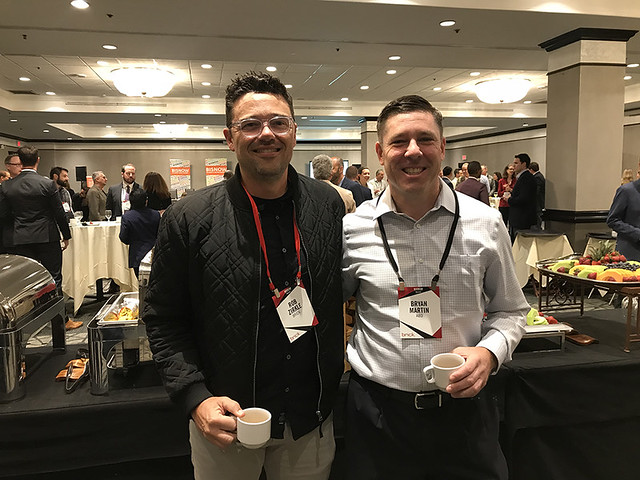