Industrial buildings or sites with ample parking are in increasingly high demand, according to several panelists at Bisnow's Northern California Industrial and Logistics Summit.

It seems the perk is enjoying the boost for the same reasons multistory warehouses seem like a distinct possibility in Northern California and other extremely tight industrial markets across the country. 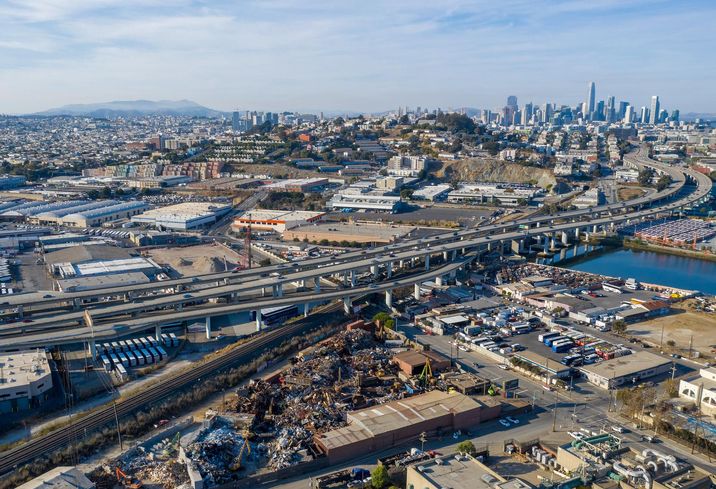 "Speaking with our brokers around the country, parking is becoming a huge factor," he said. "It used to be [one spot per 1K SF]. Now, it seems like you can't build enough, so five, six or seven per thousand is not unrealistic."

In the densest industrial markets like the boroughs of New York City, parking decks — once a foreign concept for warehouse properties — are starting to enter the picture, JLL Managing Director Greg Matter, another industrial broker at the event, pointed out. Plans for DH Property Holdings' and Goldman Sachs Asset Management's 370K SF, three-story warehouse in Brooklyn reportedly include a parking deck.

"We used to have a rule of thumb on parking, but we don't have that anymore," Matter said. "The ability to go to two spots per [1K SF] as opposed to one is a big benefit to tenants and an amenity that you would not have thought of as an amenity two years ago."

A lot of the priority given to parking alongside warehouse properties stems from Amazon's intense quest to perfect last-mile delivery, Matter and others say. Not mentioning the Seattle-based company specifically, Dermody Properties partner and Chief Capital Officer Kathleen Briscoe mentioned designs for a Dermody site in the Pacific Northwest — originally entitled and planned for two separate buildings — quickly changing with the times.

"One of the buildings won't be built and instead will be just for parking," Briscoe said. "And the economics are equal to us having built the second building. That's how much the parking is worth to them." 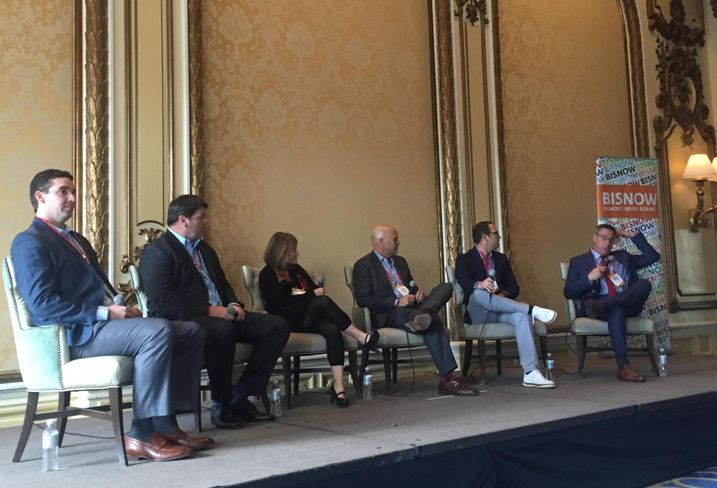 Earlier this year, Dermody Properties filed plans with the city of Tukwila for a 202K SF warehouse and nearly 1,500 adjacent parking spaces just south of Seattle, according to the Seattle Times.

"A lot of [Amazon's] requirements are very land-heavy," LDK Ventures Managing Principal Denton Kelley said. "The markets where there is no land, they are taking more building than they need and then parking in the building."

"I think it's more important to have that transit-connectivity, not additional parking," Tecimer said.

But given ongoing local and state emphases on sites near transit to be used for housing, like with the push for SB 50, finding or developing an industrial building near transit is a difficult task, Matter pointed out.

Multistory warehouses, another answer to density, are largely untested. Though Prologis wrapped up Georgetown Crossroads, the first ground-up multistory warehouse in the U.S., last year in Seattle with Amazon reportedly signed on, other investors, developers and tenants still new to the product type have their reservations. 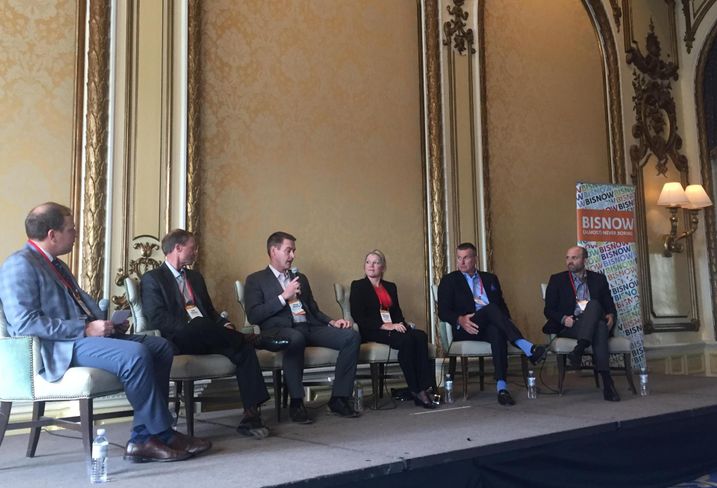 "We wouldn't build multistory spec," Briscoe said. "But we will respond to a credit tenant, and particularly with a 20-year lease, which makes it more palatable."

DH Property's Brooklyn project with Goldman Sachs Asset Management, one of a few multistory projects planned for New York City, has been "mothballed temporarily" because of contractor issues, Klink said. But he also pointed to other potential issues, like heavy costs associated with going multistory.

"You're in the boroughs of New York and there's zero land left," Klink said. "But I think the concern for Goldman was the cost. It was [about] the back end. Does this fall into a hole forever and stay here? What's our exit strategy?"

Hollister Construction, the original general contractor for DH Property's project, filed for bankruptcy in September, but neither side of the joint venture said any sort of delay went beyond Hollister's financial issues. DH Property did not respond to a request for comment.

Goldman Sachs told Bisnow in a statement: "We are moving forward with and committed to our role in the project. We recently completed demolition at the site and anticipate commencing construction in January."

In contrast to panelist uncertainty around multistory warehouses, most could agree that parking is a relatively safe bet.

"There's no perfect building for an e-commerce user," Matter said. "But the quick answer is more parking, less building."