Airbnb global hospitality and strategy chief, and founder and former CEO of the Joie de Vivre hotel chain, Chip Conley knows the value of an experience that connects with the traveler. That's among the reasons we're thrilled Chip will be a speaker at Bisnow's Lodging and Innovation Series on April 28 at Sheraton Downtown Los Angeles, starting at 8am. 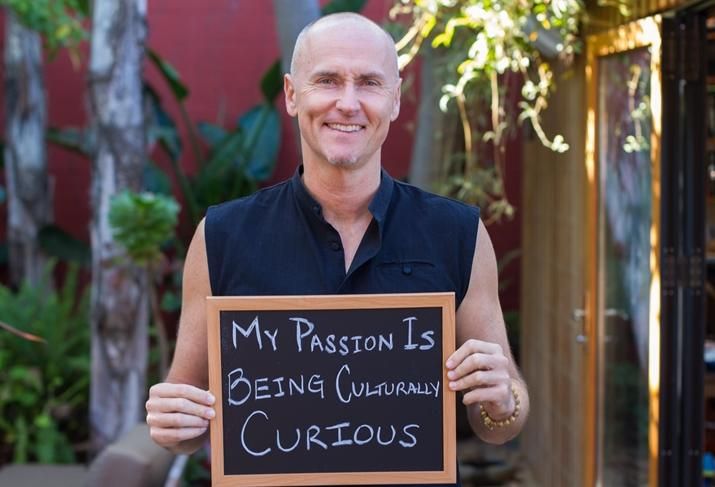 Chip tells us there is a growing middle class in the developing world (he mentions Asia, Latin America and the Middle East as examples). China has surpassed the US for outbound international travel, he notes, so companies that remain US-centric are missing an opportunity. Curently, Airbnb has 30% of its business in North America as it seeks listings in the wider world, he says.

The photo above was shot in Chip's backyard for the Special Edition Series of Souls of San Francisco for The Passion Co.

There's also been an explosion in the variety of choices available to people as they seek out alternatives to the standardized global hotel, Chip tells us. While the industry has long held to the one-size-fits-all approach pioneered by Holiday Inn in the 1950s, customers are looking for an experience, he says. That desire built the popularity of boutique hotels—something Airbnb has taken a few steps further. People want to "live like a local and travel like a human." 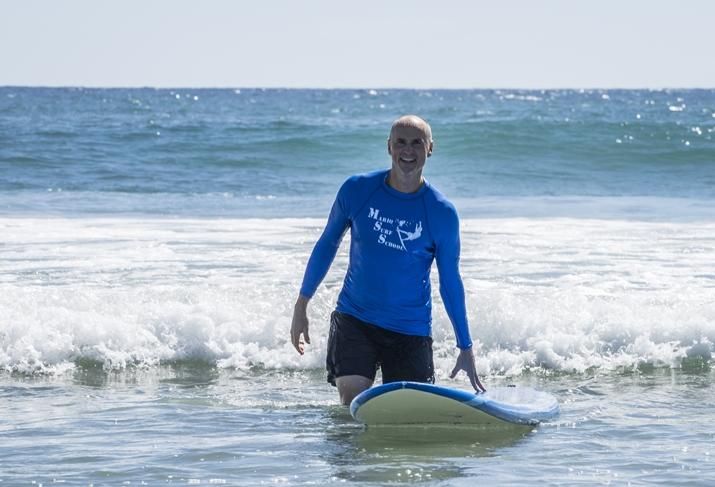 Chip tells us mixing business and leisure is becoming an important part of the market and a long-term trend (that's Chip surfing at one of his favorite leisure spots—Todos Santos, Baja Mexico). A growing number of people want the freedom of moving around, living life on the road and not being rooted to an owned home, he says. Many Millennials are less inclined to be rooted in a community and have more of a desire to experience the world—"to not just go there, but live there," he tells us. 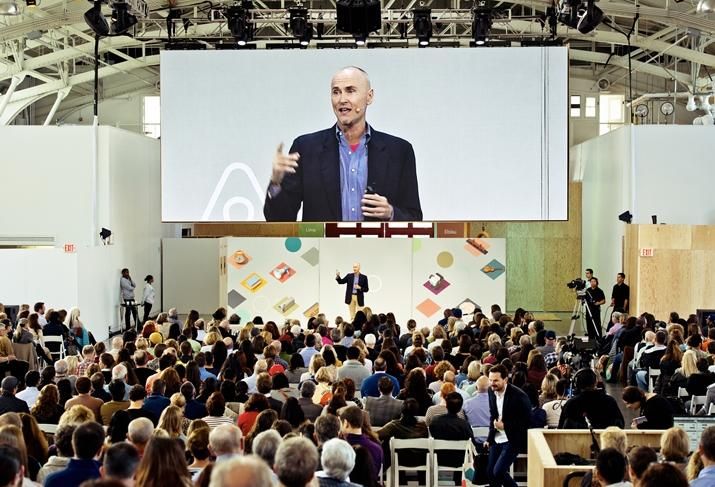 The challenges of getting city approvals for new projects create delays of years—if not decades—making it difficult to match development time cycles to demand time cycles, Chip tells us. That level of risk and expense is causing hoteliers to look at how they can broaden the types of stays they offer. (That's Chip speaking at the very first Airbnb Open for hosts in 2014.)

At the same time, multifamily developers are thinking about short-term rentals as they plan projects, including adding features such as a separate door from an apartment to the hallway specifically for homesharing. Chip says some of these approaches are leading to more efficient buildings—and buildings that draw on the sharing economy. People might have a small kitchen in their unit and a larger shared kitchen in the building, or even a room in the complex stocked with tools shared among those who live there. Such sharing among neighbors also means that people get to know each other, Chip tells us, creating more community and trust. 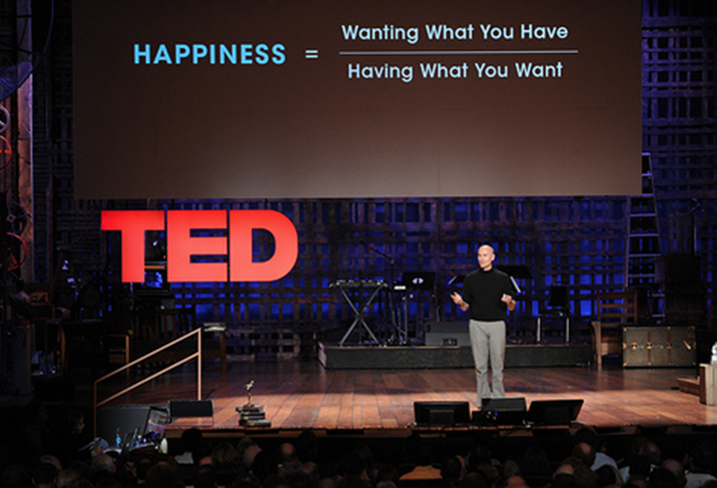 New innovations go through a cycle of disrupting an industry and then being adopted in some form by the established businesses. Chip says Airbnb is the tip of the iceberg on homesharing, with global companies buying or starting their own versions as homesharing arms of their hotels. In some cases, a boutique hotel becomes an anchor. People can stay in apartments or homes near the hotel and use the hotel's services, creating a sort of hybrid.

Such adoption is not just true of hotels. Airbnb has been in discussions with multifamily property owners about profit sharing. Apartment tenants need to feel comfortable their leases allow homesharing and landlords need a way to monitor who is involved in short-term rentals, Chip tells us. The benefits of sharing income with the landlords is they can use the money to improve the common spaces, landscaping, security and other amenities that makes it a nicer place for residents and for short-term renters.

That's Chip above giving a TED talk in 2010 on "Measuring What Makes Life Worthwhile," based on his book, Peak: How Great Companies Get Their Mojo From Maslow. 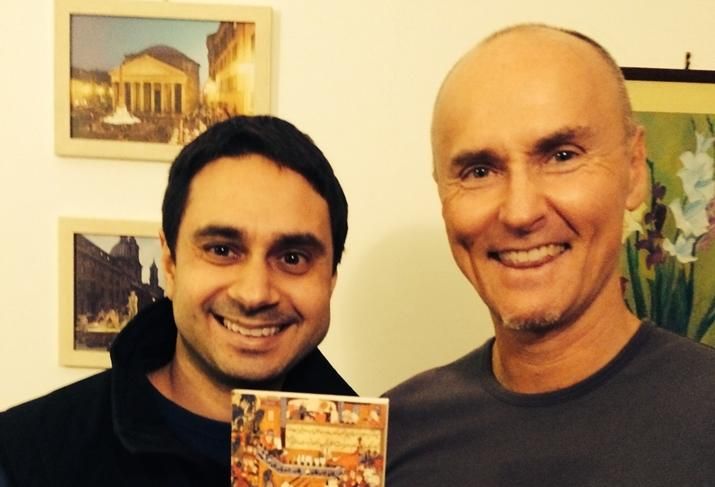 Certain experiences help to build a connection with a traveler, something Chip says is vital to drawing in a customer. Chip recalls a trip to Rome where his host had done some research and learned that one thing he missed from standard hotels was room service. So the host put out some delivery menus from local restaurants. The next day, the host handed him a book of Rumi's poetry. He had learned that Chip enjoyed the 13th Century poet and scholar's work, so he told him he couldn't give him room service, but he could give him "Rumi service."

It shows what a host can do to create a memory, Chip tells us (that's him above receiving the book from his host, Paolo).

Emotional connections reach beyond meeting customers' basic expectations and desires to meeting their unrecognized needs—those they haven't even articulated. He recalls how Hotel Vitale in San Francisco put a yoga studio on the top floor. When the yoga studio opened, there was a line out the door. "No one had asked us to do that, but because we were creating an opportunity for people to connect while on the road, it was really appreciated," he says.

Chip says experiences will be the next big disruption in the hospitality industry. Once you find a place to stay in a city, what do you do there? The next big company will be the one that figures out how to offer activities and experiences in a way that works for travelers.

To hear more from Chip and the rest of our speakers, join us at Bisnow's Lodging and Innovation Series on April 28 at Sheraton Downtown Los Angeles, starting 8am. Sign up here!