Why NorCal's Shut-Off, Fire Cost Are So Hard To Quantify, And Why That Matters

Two months after Northern California was scorched by apocalyptic wildfires while utilities pulled the plug on power, the state’s communities and businesses are still trying to tally up the bill.

Over the course of several weeks, the region experienced multiple power cuts ordered by utility company Pacific Gas & Electric in an effort to avoid sparking wildfires. Those Public Safety Power Shutoffs, or PSPS, resulted in a loss of power to more than 2 million customers in three dozen counties across the state. Thus far, how much the blackouts cost consumers has remained a difficult figure to pin down. 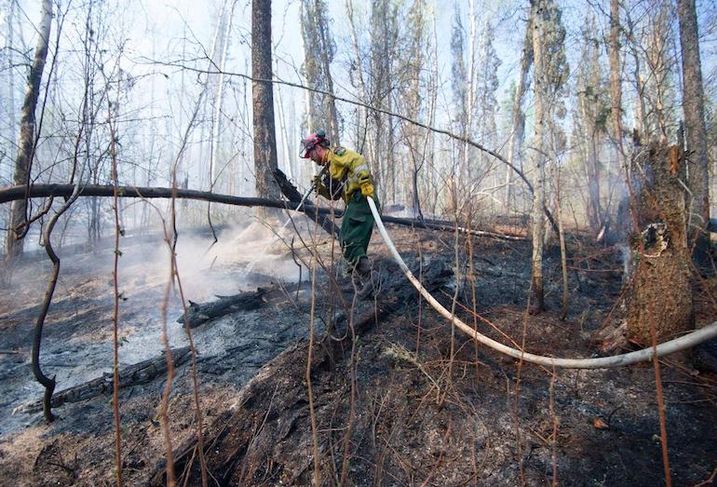 At least part of the difficulty so far in putting losses into context is that federal and state agency officials aren’t entirely sure whose remit it is to keep strict totals on fire- and outage-related costs.

Bisnow experienced a measure of this while reporting this story: The California Governor’s Office of Emergency Services directed a reporter to the state Office of Economic Development and the Small Business Administration, which referred us to the Federal Emergency Management Agency. FEMA’s advice? Talk to Cal OES or the California Department of Finance for hard numbers. The DOF did not respond to requests for comment.

That doesn’t surprise Micah Weinberg, CEO of California Forward, a housing nonprofit. He said the state’s disparate needs and various seasonal hardships are difficult to categorize in the face of two massive, and often concurrent, problems.

Still, there are some rough estimates to be had. An OED spokesperson said PG&E’s shutdowns cost several million dollars, and fire costs are currently being calculated.

Economists interviewed by the San Francisco Chronicle estimated the cost of the outages could range from $65M to more than $2.5B. An earlier analysis conducted by Bisnow looked at the past effects massive earthquakes had inflicted on the state’s infrastructure, and arrived at an overall figure of several billion dollars lost.

Another challenge is that one solid way to calculate costs is to look at insurance payouts, but those don't reflect the full damage. Fire costs are only reimbursable under some insurance plans, and only receive federal aid help if they qualify as natural disasters. Power outages, too, have limited circumstances in which they qualify for insurance reimbursements. 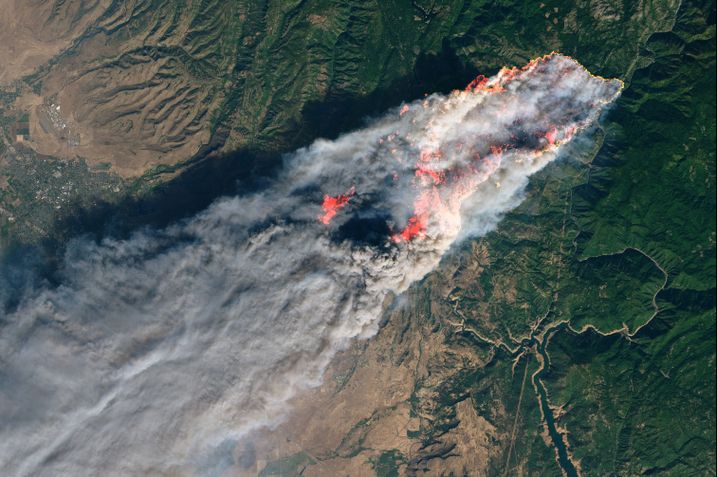 “The costs are shouldered by a lot of people, including insurance companies. That's one of the things that makes doing anything in California so challenging. According to a broadly endorsed Call to Action that California Forward just issued, the state should be spending at least $1B out of the general fund each year on forest management alone,” Weinberg said.

Those estimates could change as towns begin assessing their year-end budgets, or scramble to meet deadlines set by the state for grants or offsets designed to defray some of those out-of-pocket expenditures.

“Whereas those funds would compete with the funding of schools and healthcare, a lot of the costs of fires come out of other pools, including insurance and people's pocketbooks,” Weinberg said. “So even though the return would be in any given year at least 15:1 for fire prevention, you do not get to recoup those savings in the budget for future years.”

Smaller windows into the monetary impacts have been provided by individual municipalities, several of which have begun queuing up to receive compensation from a fund PG&E has created to help defray costs incurred by cities and towns left holding the bag when the power went out.

Among those is a claim from the East Bay hamlet of Lafayette, which said it will be filing for a $166,534 grant from the California Governor’s Office of Emergency Services to replace faulty communications and emergency gear, and the posh enclave of Orinda, which City Manager Steve Salomon estimates has spent $58,652 thus far on outage-related expenses.

Orinda has also asked for a $375K grant from Cal OES, which declined to comment on individual cost breakdowns. The city of Orinda said in a report that even shutdowns that were later canceled can wind up costing thousands of dollars.

“These events have tremendous impact to our citizens and city operations even if they are cancelled with less than 24 hours prior to the planned de-energization,” a report on the totals said, noting that the city spent more than $20K on overtime alone.

Multiply those figures by the thousands of towns and nearly three dozen counties affected by PG&E’s blackout, and you’ll begin to get an idea of the overall cost the region is likely to experience. 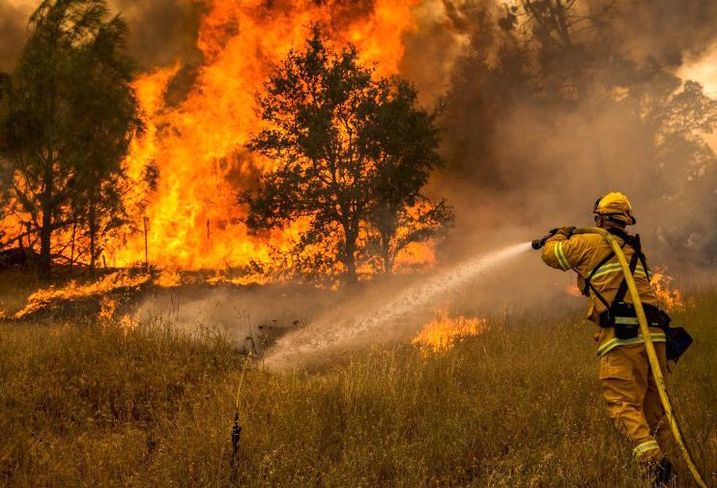 The uncertainty of how much multiple days without power across more than half of the state’s counties may have cost is also giving rise to concern among investors.

"If every time the wind starts blowing and it's dry out then PG&E shuts off power for a few days, that's going to have a major economic impact," Zapolski Real Estate Director Andrew Mazotti said.

"That will give ourselves and other investors pause, and it could affect values. It would have to, if that's going to be something that's normal. Anybody who has invested over the last few years might be concerned about losing value."

The effects on commercial real estate rendered useless by lack of electricity were particularly acute: being hamstrung by no power loses the average data center hundreds of thousands of dollars a day, and even multifamily properties had to dig into reserve funds to provide the security services needed to keep residents safe.

Add that to millions of dollars in fire damage, and Bisnow has found that many Northern Californians are asking the same question: If things go on this way, how much longer can we afford to do business here?

"We're trying to lease up our project," Mazzotti said. "But with the power outages and fires, we've had people coming out for market tours that have canceled and have had to reschedule a lot of meetings, so it's actually really hurt our leasing efforts."

Other experts agree. Greg Palast has studied power company regulation in 26 states and eight countries and is a Puffin Foundation fellow in investigative reporting. He has focused most recently on PG&E, and has called the utility’s shut-offs “blackmail.” Palast said that unless California brings in forensic macro-economists, the state will be unable to accurately gauge how the outages and fires are flattening the economy.

“The models are out there, and if you look at those models, you’ll quickly find that this state cannot afford PG&E,” Palast said. “We don’t tolerate bridges falling down, we shouldn’t tolerate power lines falling down. Northern California is the richest region on this planet, with a power system that should be mostly underground. Instead, we have a crumbling system that’s worthy of Pakistan.”

PG&E estimates it will take at least 10 years to clear all the vegetation around power lines and improve transmission. But it came under heavy fire recently for spending billions on lobbyists and media consultants, and issuing a dividend to shareholders, instead of upgrading its routes and equipment.

The electricity provider has remained largely mum on the help its widespread power shut-offs gave Californians in avoiding wildfires. The utility’s legal filings, however, tell another tale. Still tangled up in court over its alleged past roles in massive fires like the Tubbs, Camp and Kincade fires, PG&E has quantified how its PSPS have managed to ward off fire risks thus far. Shutting off power in October to almost 1 million customers on three separate occasions prevented wildfires from sparking 190 separate times, the utility said in a court filing.

Those shut-offs on Oct. 23, 26 and 29 protected the 256 damaged lines where PG&E measured fallen debris and vegetation interference and had predicted “arcing,” a phenomenon where still-active power flows can spark fires.

But some residents and municipalities don't believe that potential benefit outweighs the costs incurred, and some cities have gotten more aggressive in their approach to recouping costs: Lafayette Councilman Cameron Burks has asked City Attorney Mala Subramanian to go after the California Public Utilities Commission, which oversees the state’s utilities, for any incurred losses, because the commission’s role in the outages “can be argued as attributable to their (Pacific Gas and Electric) failure to maintain their operated infrastructure over a number of decades, as mandated by the CPUC.”

A spokesperson for the CPUC said it continues to revisit its protocols in managing both utilities and the state’s weather conditions.

“The CPUC has taken urgent actions focused on public health and safety to drive down risks of ignitions from utility infrastructure, risks that result from power loss, and the disruption to communities and commerce,” its statement reads. “Further, the CPUC has opened an investigation to examine recent Public Safety Power Shut-off events and ensure utilities are held accountable for their actions during these events.”