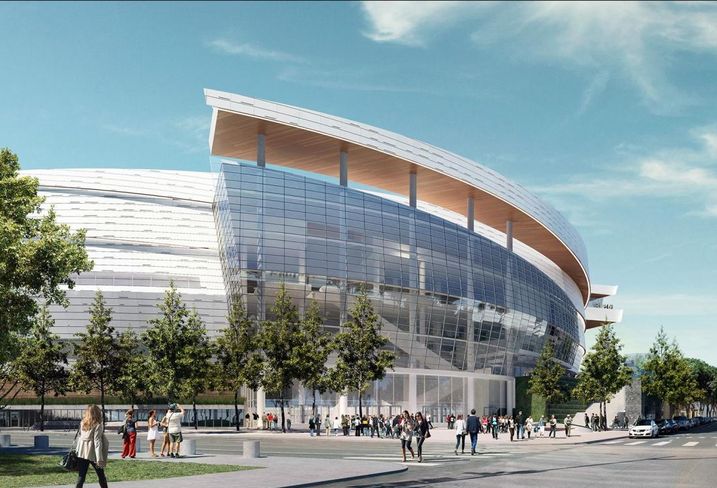 Construction for the 18,000-seat Chase Center in San Francisco’s Mission Bay is underway. The project officially broke ground yesterday afternoon. The arena is scheduled to open for the 2019-2020 NBA season.

“No longer will San Francisco stand alone as the only American city of its size with no indoor venue of 10,000 seats or more,” Mayor Ed Lee said during the ceremony.

He said the arena is the only 100% privately financed arena in the country and will not be using city money. The Warriors are paying for the venue and purchased the land.

Mayor Lee said the arena will serve as a prime destination for concerts and other entertainment and create thousands of construction and permanent jobs. It will create more than enough revenue to pay for expanded transit, cover transportation and security costs, and benefit the entire neighborhood, he said. 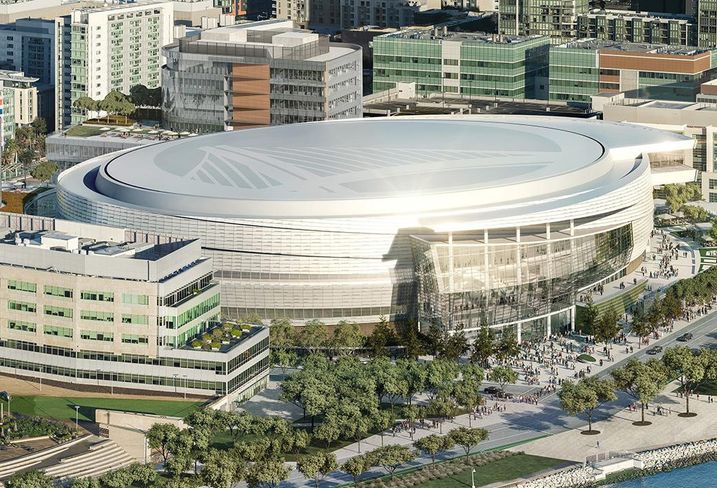 The arena includes three acres of open space and 5.5 acres of public park along the waterfront. The 11-acre site will include restaurants, cafés, offices, public plazas and other amenities lacking in the area. Cushman & Wakefield's San Francisco office will be in charge of leasing restaurant and retail space.

Warriors president and COO Rick Welts said this will be one of the world’s gathering places and can host concerts, conventions and other entertainment. Warriors owner and CEO Joe Lacob said the team will build upon the same concepts of Oakland's Oracle Arena, the team's current home, while adding what Oracle lacks.

The team and the financier will also give back to the local community. JP Morgan Chase, the Warriors and the city have partnered to create the Chase Center Assists pilot program to help address the shortage of construction labor in the city. The nine-week program will begin in March and provide job training to low-income and underserved communities.

“We are well aware the Bay Area economy is evolving at warp speed and is at the center of critical social change,” Chase Consumer Banking CEO Thasunda Brown Duckett said. “We must make sure individuals at the margins are brought in and boosted up while those in the middle aren’t pushed out.”

JP Morgan Chase will contribute $25M to support not only the job training program, but also affordable housing development and small business growth.