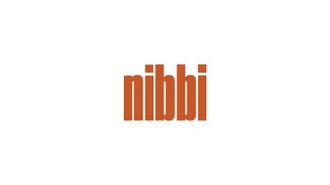 The U.S. loses 10,000 units of low-income housing each year to disrepair, exacerbating an already dire affordable housing crisis. In a 2010 study prepared by the U.S. Department of Housing and Urban Development, the capital needed to maintain the nation's 1.2 million public housing units was estimated at approximately $26B, a figure projected to grow by an additional $3.4B each year.

In response to this growing crisis, Congress enacted legislation in 2012 that created the Rental Assistance Demonstration program. RAD was designed to repair and revitalize the nation’s dated public housing stock, which lacked a stable source of funding before RAD’s inception.

“Tenants needed to trust us and know that afterwards everything would be better,” Buckley said.

That meant engaging with tenants long before construction, by hosting breakfasts, community meetings and other relationship-building activities.

The Mercy Housing rehabilitation efforts required phases of temporary relocation of tenants, many of whom had lived in their homes for over 20 years. Bank of America provided the additional funding necessary for temporarily housing tenants in hotels.

“Off-site trips were organized during high-noise days,” Buckley said. “When there were water or power shutdowns, we would provide tenants with lunches. Nibbi personnel were great about giving 10-day forecasts so they could plan accordingly.”

According to Buckley, the pre-rehabilitation Mercy Housing buildings suffered from major defects, but tenants were skeptical about the improvement process. Now, the revitalized units, community rooms and gardens have positively impacted the community.

“Our community is stabilized,” Buckley said. “I see where it has worked here.”

Buckley is hopeful RAD’s success in saving San Francisco’s affordable housing stock will be replicated across the U.S.