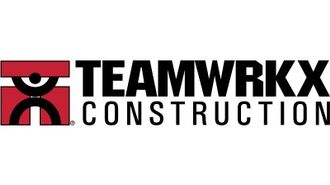 We Are Family: Sister Sledge Has Nothing On This Construction Company

“We’re like a family here”—it’s a sentiment simple enough for corporations to claim, but much harder for them to genuinely commit to.

Ask most companies’ leadership what they do to cultivate a feeling of family among employees, how it manifests in their work, and they’re stumped. That’s because “employees are like family” has become so ingrained in business that the words are stripped of their significance for the few businesses that actually are like families.

TEAMWRKX Construction is one such company, with CEO and CFO Eric Venzon along with president John Aiassa (shown below, left and right) pointing out how they cultivate a family environment that was engendered organically at inception. Eric says the tight-knit group that started TEAMWRKX has functioned like a family from the beginning so effectively that he now tailors his hiring practices to doing so.

The TEAMWRKX team goes above and beyond for each other. Teammates have financed each other's first home purchases, co-founded and financed separate family businesses and nonprofit endeavors, and facilitated the citizenship and visa application process for colleagues.

Additionally, TEAMWRKX has co-sponsored the recording and production of teammate music releases, started an active internship program, and created matching retirement and 401k plans tailored to individuals' specific needs. Frequent company-sponsored outings and events, like summer barbecues and baseball games with 65 TEAMWRKX attendees (below), unite the company. All these measures forge a strong bond, promoting cohesion that allows the team to function efficiently.

John says he views expenditures for team bonding as investments, the dividends coming in the form of efficiently delivering more quickly than competitors. This, coupled with the fact TEAMWRKX companies have a strong track record of promoting from within, motivates the people who work there to continue to strive for excellence.

John’s the relationship guy—the rainmaker—and Eric the chief strategist, the doer. John sees the big picture and works with clients on the master plan, while Eric meticulously implements the details of each project, accommodating tight timelines and ensuring cost-effective strategies.

The logo (in the Bisnow Content Sponsor box at right) exudes meaning. Eric says it’s a metaphor for the company, one leg representing the TEAMWRKX team, the other the vendors, service providers and external team members. The top block signifies the client base, which is supported by the two legs. The non-gender-specific black figure is affectionately called the TEAMWRKX spirit, and represents the collective of individuals who make the company great.

“The family environment insulates our people from the burnout you usually see with the demands of rapid delivery,” John says about TEAMWRKX's industry-best worker retention.

Many companies claim to foster a family environment among employees. For TEAMWRKX, the proof is in the tangible results of this spirit evident in its low employee turnover and fast time to completion.