Is Mass Timber An Answer To Codes And Costs In The Bay Area?

"For high-rises in the 12- to 24-story range, you could be looking at seismic force increases on the magnitude of 75% or 80% higher than what we're currently designing for, which translates to a lot of potential added cost to the structure," Brink said at Bisnow's NorCal multifamily conference Wednesday morning.

"The best way you can mitigate the seismic impact on your building is to reduce its weight, because that's what's driving the seismic forces on any building," he said.

That means lighter buildings from the use of CLT, modular construction, steel or even a lighter concrete structure, could position developers for cost savings in what has been a crushing cost environment across California and the Bay Area.

Costs, on top of the slow entitlement process and regulatory burdens, have drastically slowed multifamily development in San Francisco, Emerald Fund founder and chairman Oz Erickson said at the event.

"None of the developers that I know are quite able to get things to pencil nowadays," Erickson said. "There's going to be a significant decline [in housing growth] in two years."

CLT, which is already widely used in Europe, is starting to gain some ground in the U.S. Last year, the tallest mass timber building in the U.S. rose in Portland, Oregon, when developer Kaiser Group finished its eight-story project. This year, developer Urban Catalyst submitted plans for what could end up as San Jose's first CLT building.

The cost savings made possible by mass timber construction might be especially relevant for San Jose, where construction costs match those faced by developers in San Francisco and Oakland but without the high rents.

Condos, for example, are in short supply in San Francisco and San Jose. Z&L Properties locked in construction costs at about $250 per SF at its 188 West St. James high-rise condos when it began construction. But things would be quite a bit different if it was starting that project today, according to Z&L Properties Chief Financial Officer Robert Buckner.

"Now, it would be double that," Buckner said. "We couldn't make money. That project would not be possible in today's market."

Z&L has been less fortunate in San Francisco. At 1554 Market St., the developer restarted construction on its 109-unit project after it stalled because of costs, but Buckner said it has far from a great return to look forward to. It faces similar circumstances at a smaller project on 7th St.

"We have started a project on Market and Van Ness, and we're not going to make a lot of money on that, if anything," Buckner said. "We're building it so we can dispose of that piece of property. It's been sitting there too long."

Like Brink, others think code changes starting next year and beyond will only heighten the utility of CLT and allow for more ground-up residential construction to rise and be profitable in the Bay Area.

Both TCA Architects founder and CEO Thomas Cox and Studio T-Square owner and Principal Chek Tang think mass timber could take hold on the construction industry this coming decade in the same way Type III buildings gained a foothold in the last 10 years.

Construction tech unicorn Katerra, for instance, has recently bought into CLT. The Menlo Park company opened its own mass timber factory in Washington in September.

"The last holy grail was Type III construction," Tang said. "Most of the Bay Area doesn't allow for 28- or 30-story buildings, but there are sweet spots beyond Type III that might be a 12- or 16-story building. CLT is one of them."

DCI Engineers is working on SKS Partners' One De Haro project, which will be S.F.'s first office building to use CLT. Brink, who said the team is starting to set the panels, said he likes how it looks so far.

"It's an amazing structure," he said. 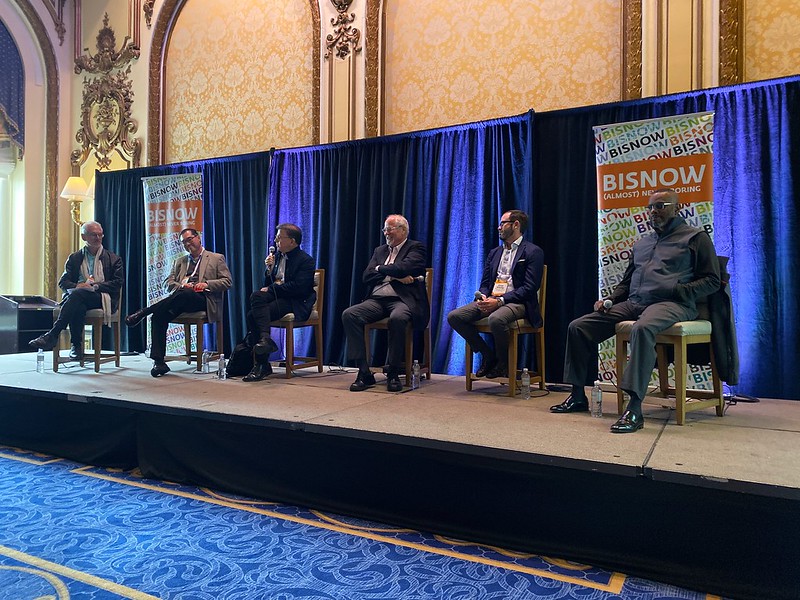