North Bay Wildfires Account For $9B In Insured Losses 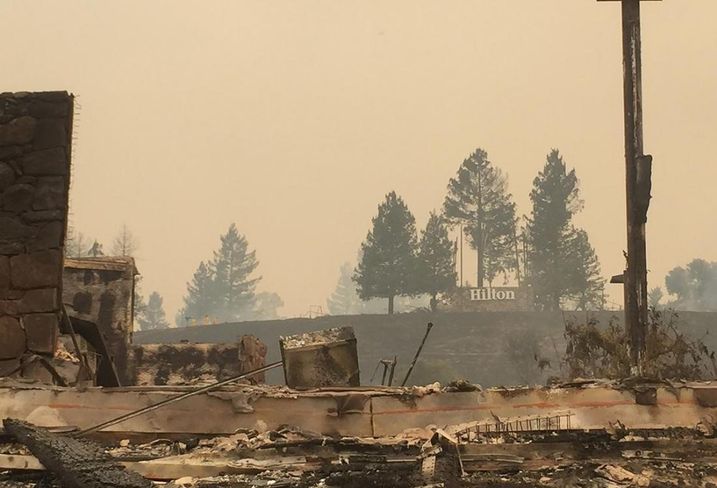 Courtesy of Brendan Dunnigan
The remains of the Hilton Sonoma Wine Country, which was destroyed during the Wine Country wildfires in October 2017

The firestorm that swept through Wine Country in October has resulted in a record number of insured losses. The North Bay fires accounted for $9B in insured losses — nearly all of the reported $9.4B in statewide fire losses so far this year, according to a report from the California Insurance Commissioner's office.

The report includes claims reported by 260 insurers through Dec. 1 and damage from 21,000 homes, 2,800 businesses and more than 6,100 personal autos and commercial vehicles. The Wine Country fires destroyed or damaged 8,900 structures. A majority of the losses were from residences, with $6.9B in reported losses in Sonoma County. Napa County reported just over $1B in homeowner losses.

Commercial losses accounted for nearly $790M in the state’s direct incurred losses. Commercial properties, which include businesses and multifamily properties with four or more units, had 2,814 claims including 997 total losses.

Sonoma County reported nearly half of the commercial losses at $480M and 1,595 claims, including 127 claims with total losses. Hilton Sonoma Wine Country and Fountaingrove Inn were among the properties to be completely destroyed.

The state is nearing a record set in 2008 when 1.6M acres burned throughout California. Wildfires have burned 1.2M acres so far this year, according to The Mercury News. This number does not include the rapidly moving Southern California fires that have burned at least 96,000 acres in Ventura County.