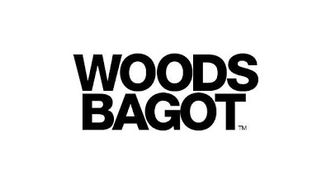 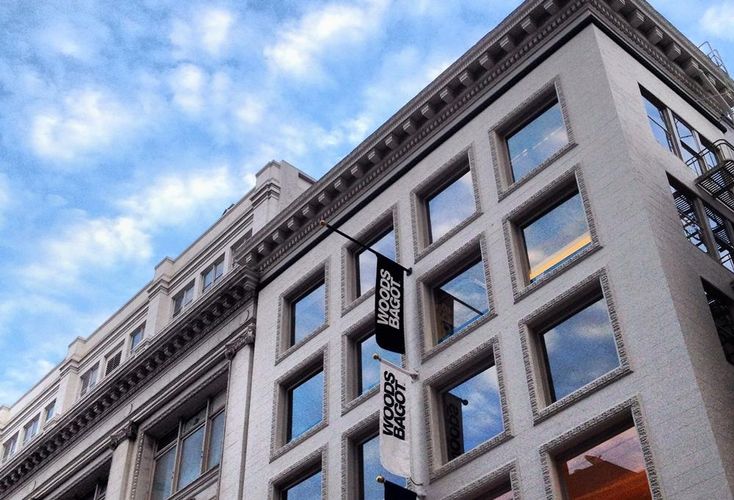 Woods Bagot director of development Jeremy Agraz says the question he most often gets is "what are you folks doing to be so successful in this hyper-competitive market?” Two years ago, Jeremy tells us, the question was more often, "who or what is Woods Bagot?”

In the last two years, the San Francisco design studio (and Bisnow partner) has not only thrived in the competitive Bay Area design community, but it's even managed to pivot from designing significant projects internationally to designing major projects domestically.

Jeremy says the firm's success is mainly due to collaboration, vision, a lot of grit, and an unwavering commitment to execute against a long-term strategic plan.

“I take my hat off to our Board and our fearless leaders on the ground at that time (Pat Daly, Carsten Voecker, Terry Meurk). They saw the region through the global financial crisis and, instead of backing away, they invested in the region," Jeremy says. "Since then, making our presence known in the Bay Area required a variety of tactics, including strategic hires—such as Global Consulting leader Steve Hargis and Global Laboratory designer Leslie Ashor—relocating key sector leaders like Global Aviation designer Richard Spencer, investing heavily in the capabilities of our local studio, forming strategic relationships and leveraging the global relationships of the firm.”

Jeremy says these various relationships have provided the studio the opportunity to do its best work.

That isn't to say the studio is abandoning its international ventures. Rather, Jeremy describes the firm as a local studio of global significance. To really explain what this means, Jeremy and his team discussed a few important projects that the San Francisco studio secured last year that demonstrates the studio’s ability. 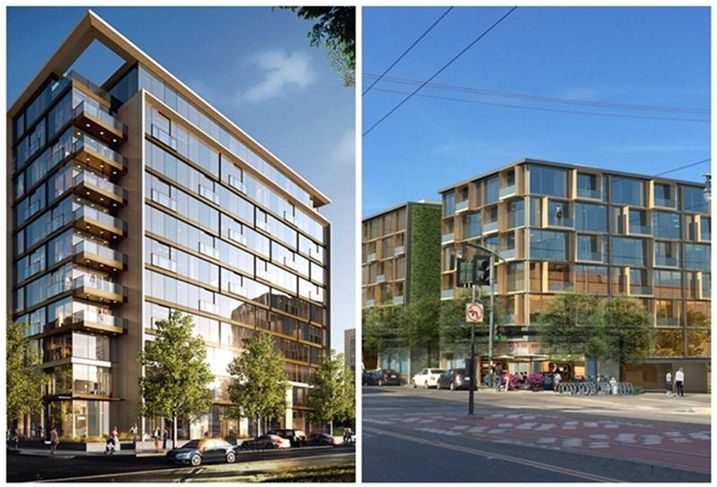 Terry says though the firm has designed and delivered a number of projects in the Bay Area, these two are special because of their scale and the design innovation that has gone into them. He says part of the challenge with residential is getting it all to pencil. Land, construction, material and labor costs are all up, so being able to bring really beautiful, well-executed projects to market within budget is not something that is easily done.

John agrees, but explains a great deal of work has gone into providing unique design solutions that can deliver these projects under the client's budget, but can also maintain the integrity in design intent while providing the owner with a really unique, well-made building that provides occupants with an unparalleled experience.

In the next couple of years, Woods Bagot anticipates bringing to market several new properties, with about 500 more units currently going through entitlements. 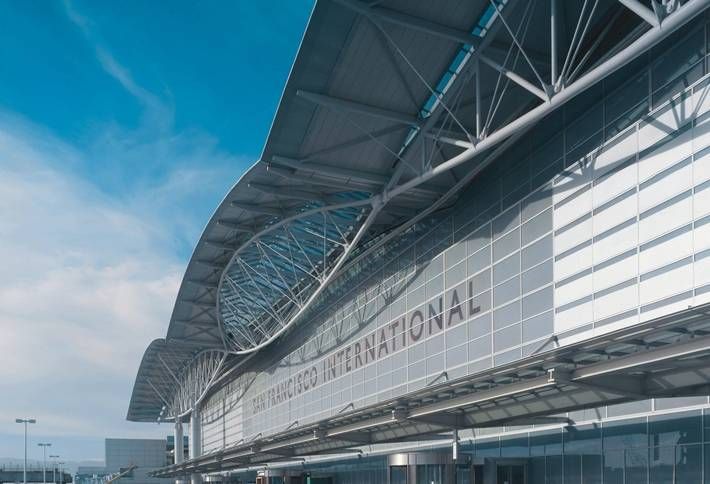 North America Regional chairman Carsten Voecker calls the San Francisco International Airport (SFO) one of the world's most visionary international airports, as it's doing everything it can to elevate the guest experience in a quest to be the best.

So when SFO announced its plans to redesign Terminal 1, Woods Bagot saw an opportunity to bring its global aviation capabilities into North America and, after almost two years of executing against its strategy, the Austin-Webcor JV—which includes the design JV of Woods Bagot, HKS, ED2 and KYA—was awarded the Terminal 1 Boarding Area B contract.

Global Aviation designer Richard Spencer, a 30-year veteran of aviation design, says the airports leading the charge into a bold new era of guest experience from curb to gate are demanding expertise across a multitude of sectors and disciplines. 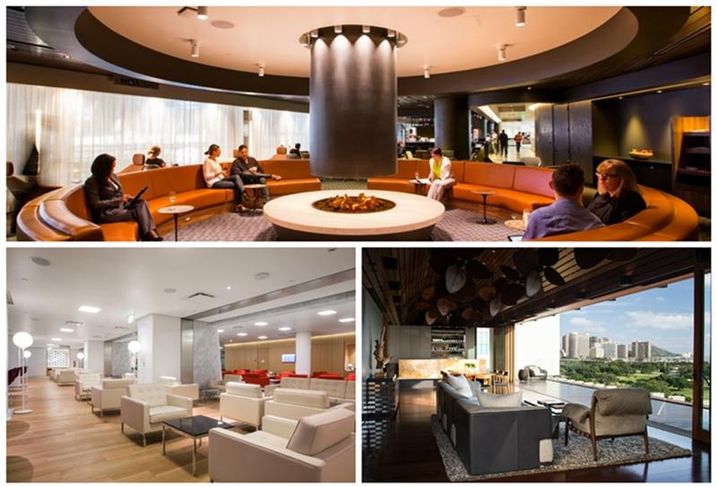 The San Francisco studio has also firmly established itself as thought leaders in workplace and lifestyle interior design.

Interiors principal Tamara White says two years ago the firm had a modest interiors team working on a few interiors projects in the workplace, retail and hospitality sectors. Today the group has a 30-person (and growing) interior design team that's designing and delivering about 1.5M SF of interiors in the Bay Area.

One of the San Francisco studio’s recent successes was with a global tech company headquartered in the Bay Area whose colleagues in Australia and Asia had already worked with Woods Bagot.

Global Consulting leader Steve Hargis says one of the many benefits of being a truly open and collaborative global studio is that information and relationships are shared readily. "We were able to bridge the relationship over to the San Francisco studio and, in that process, secure a very substantial master planning and interiors project in the South Bay."

Another significant factor in Woods Bagot's success with the tech giant was its ability to instill confidence it could not only bring the sought-after design innovation, but even a replication of the giant's design processes, tools and standards in the US. Woods Bagot relocated several team members who had worked with the client in Australia and Asia to be a permanent part of the San Francisco team in order to create a sense of continuity with the client.

“This is just one way Woods Bagot utilizes its global studio model to its advantage," Tamara says. "There is a culture of collaboration that allows us to work across geographies, sectors and disciplines seamlessly and effectively. The value of this collaboration is recognized almost instantly by our clients.” 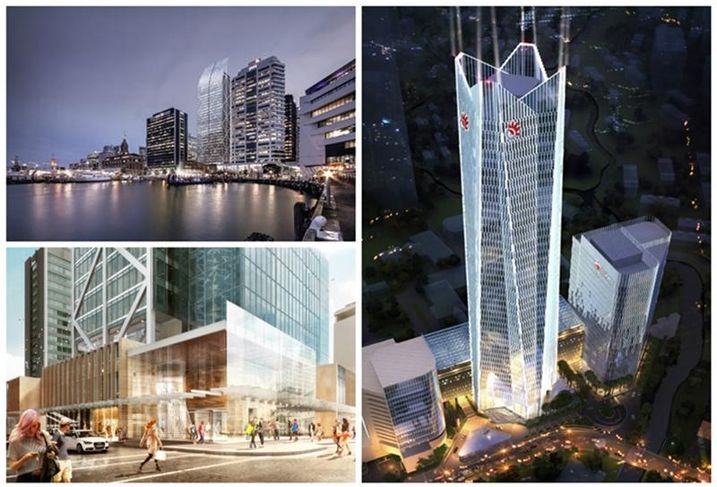 During the financial crisis, the studio helped keep its doors open with its expertise in designing tall (think 1,000 feet and taller) towers.

"To be perfectly frank, the first years of business we were trying to get work where we could find it, and a lot of that happened to be throughout Southeast Asia, in Indonesia in particular,” says Global Design director Pat Daly. Pat gives a lot of credit to his team of designers, two of whom are from Indonesia, principals Maulana Murdan and Surjanto.

In addition to Southeast Asia, Pat and his team are designing or lending their expertise to tall, supertall and mega-tall tower projects in mainland China, the Middle East and Australia.

Pat says Woods Bagot has sought to prove it has a unique set of capabilities that ensure these large, complex projects are not only highly functional, efficient and beautiful, but also (and most importantly) pencil out for investors. 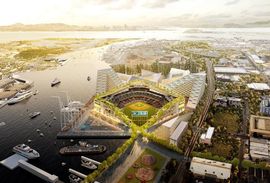