The sudden economic slowdown has reportedly put a serious damper on the real estate plans of one of the Bay Area's biggest companies. 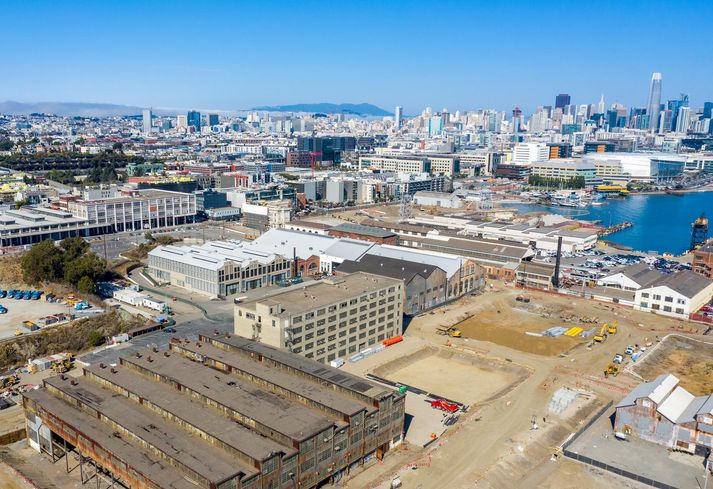 Courtesy of Droneshot
The Pier 70 site under construction in fall 2019.

Google's parent company, Alphabet, has stopped talks to buy or lease more than 2M SF in the Bay Area, including a potential 1.5M SF-plus lease at San Francisco's Pier 70, The Information reports.

The combination of a recession and remote-work feasibility has signaled a softening office market, and Google's retrenchment alone could decrease market demand.

Outside of its 3M SF Mountain View headquarters, Google has a footprint that includes well over 1M SF across San Francisco's pricey office market, from its ownership of 88K SF at 188 at the Embarcadero to an over 400K SF lease at nearby Hills Plaza.

In Mountain View, Google has also stepped back from a verbal agreement to buy a portfolio of office buildings owned by NortonLifeLock, a cybersecurity company previously known as Symantec, The Information reports. Since January, Cushman & Wakefield has marketed a 10-building, 707K SF portfolio that once served as Symantec's headquarters.

Neither Google nor Brookfield Properties responded to requests for comment.

Elsewhere in the Bay Area, the search giant still has active — albeit delayed — plans to lead a transformation of San Jose's downtown. Downtown West, its planned transit village around Diridon Station, is now tentatively scheduled to go before city council in early 2021.

Part of a larger Diridon Station Area plan being drafted by the city, Downtown West would include about 6.5M SF of office space for Google.

Designed by SITELAB urban studio, Pier 70 has been underway since May 2018.