The latest Allen Matkins/UCLA Anderson Forecast of California commercial real estate bodes poorly for retail properties but well for industrial ones, with both office and multifamily somewhere in between. 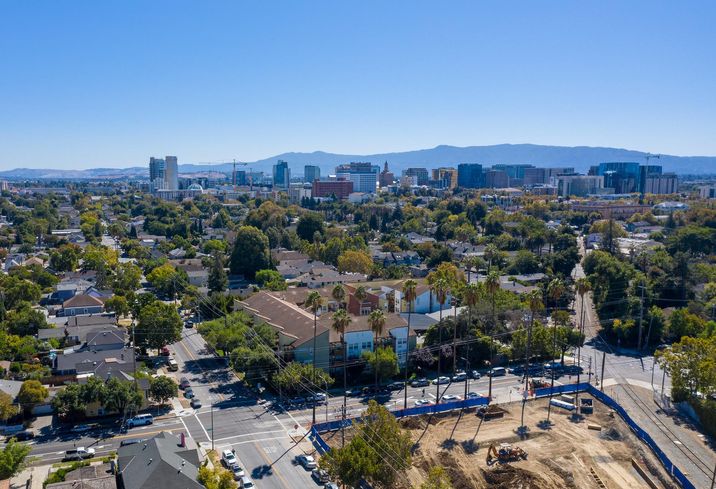 In their biannual survey of CRE executives, the California-based law firm and UCLA Anderson School of Management charted the worst outlook for the state's retail sector since the two began forecasting retail four years ago, they said Wednesday.

Survey respondents report expectations for the state's incandescent industrial sector to continue surging, with its office and multifamily markets set to perform well too.

Conducted at the end of last year, the study asked California real estate execs to predict office, multifamily, industrial and retail performance in 2022, jumping past this year, which is one some economists — and earlier versions of the forecast — predicted could hold a recession.

Bearish sentiments expressed by respondents for 2022 retail are consistent with the struggles and tumult faced by the sector. But they are at odds with brief bullishness for retail properties shown last year, which were likely a result of slowed retail construction, the report says.

Now, property interests are looking to convert outdated retail space in one way or another. San Francisco, for instance, has seen a flurry of applications to turn retail space into office.

"We have underperforming retail assets that are no longer serving their intended use for their developer or owner," Allen Matkins partner Ari Shaeps said in the report. "And so what we're seeing is the conversion of these spaces into a better use."

Industrial properties, on the other hand, are expected to continue performing well in markets across Inland Empire, the East Bay Area, San Joaquin County and Sacramento County. Los Angeles industrial properties are also positioned to do well due to a current shortage of space, the report says.

For similar reasons, most execs predict office properties in the major markets of San Francisco, Silicon Valley and Los Angeles will see rent growth in the next few years. The East Bay, Orange County and San Diego are expected to see both rent growth and downward pressure on vacancy rates, according to the new forecast.

Though multifamily properties elicited some cause for concern from survey respondents last year, there is more optimism now, possibly thanks to more clarity regarding the state's rent control policy. With AB 1482, which caps annual rent increases on older multifamily properties at 5% plus local inflation, multifamily developers and investors now have a better idea of what to expect, Allen Matkins partner Heather Riley said.

"AB 1482 has given developers more clarity," she said in the report. "They know what they can charge and they know what their returns will be. And that's allowed people to feel a lot more comfortable."

Developers in Southern California are especially bullish, with 60% of those surveyed having begun one or more new projects in the prior 12 months and a similar percentage looking to begin new projects this year, the survey found.