Bay Area commercial real estate developers and financiers anticipate a multifamily slowdown coming to the region in three years, despite statewide optimism for the industry's other major sectors, according to a new report. 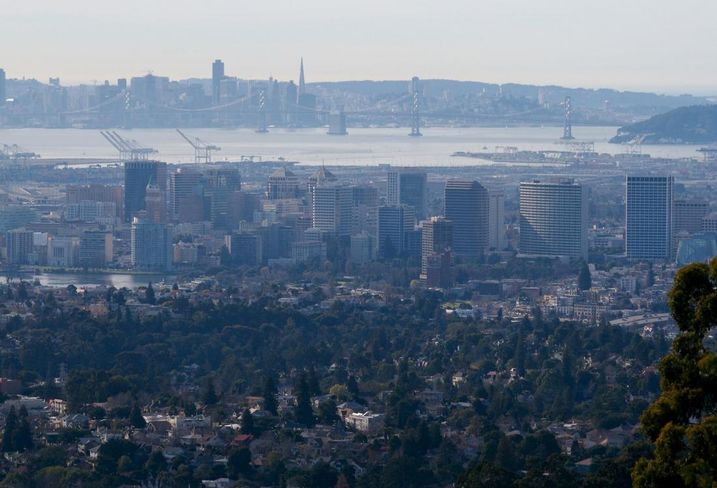 In their biannual California Commercial Real Estate Survey, Allen Matkins and UCLA Anderson Forecast recorded optimism among CRE leaders for California's office, retail and industrial sectors as well as Southern California multifamily. But half of Bay Area multifamily respondents said they will not start a project in the next 12 months despite strong rent growth and low vacancy rates, with the most pessimism found in San Francisco.

"In all candor, we were surprised by the result," Allen Matkins partner John Tipton said. "The Bay Area multifamily market is actually very strong."

Explanations could include worries about flattening home prices, a surge of inventory coming online in the next several years and the looming possibility of rent control, according to the team.

Every six months, the California-based law firm and UCLA Anderson school survey those in the CRE industry about where they feel the sectors will be three years in the future. Survey respondents in 2017 predicted a weak economy in 2020, indicating that the overall optimistic outlook for 2022 could be for the recovery following an economic downturn.

Overall, positive sentiments for statewide office, industrial and retail real estate, as well as Southern California multifamily, led to the most bullish overall view for California CRE that the report has shown in the last two years. The expectations for Southern California multifamily, especially Los Angeles and Orange County, are likely buoyed by the steadier housing and regional job growth and lower construction costs than in the Bay Area.

The incoming stock of Bay Area housing includes tens of thousands of units in the pipeline to house both longtime residents and the flood of new ones. As of June, developers had nearly 30,000 units under construction in the San Francisco, Oakland and San Jose metropolitan statistical areas, according to CoStar Bay Area Director of Market Analytics Jesse Gundersheim.

Investors have been encouraged in recent years by appetizing market fundamentals. In Q1 2019, the Bay Area residential vacancy rate was 3.9% with positive year-over-year rent growth, according to Cushman & Wakefield. But rents did fall 0.4% from the prior quarter according to the brokerage firm, and Bay Area home prices appear to be falling.

"My pessimism comes from hard costs continuing to go up," said BayRock Multifamily CEO Stuart Gruendl, who also points to Assembly Bill 1482, which could cap rent increases. "Projects in the pipeline are coming to a halt because deals just don't pencil."

Courtesy of Allen Matkins
The outlook for California multifamily

Despite multifamily trepidation, real estate leaders around California are mostly bullish on the industry's other sectors.

For the first time in two years, respondents indicated optimism for Bay Area retail in a possible partial correction to extreme fears of a retail apocalypse. CRE leaders in California, including the Bay Area, also expressed optimism for industrial and office retail estate.

Notably, 58% of Bay Area respondents are optimistic about East Bay industrial space, while the outlook on San Francisco, Silicon Valley and East Bay office is the strongest it has been in three years.