The new decade means new ownership for one of California's fastest-growing multifamily developers. 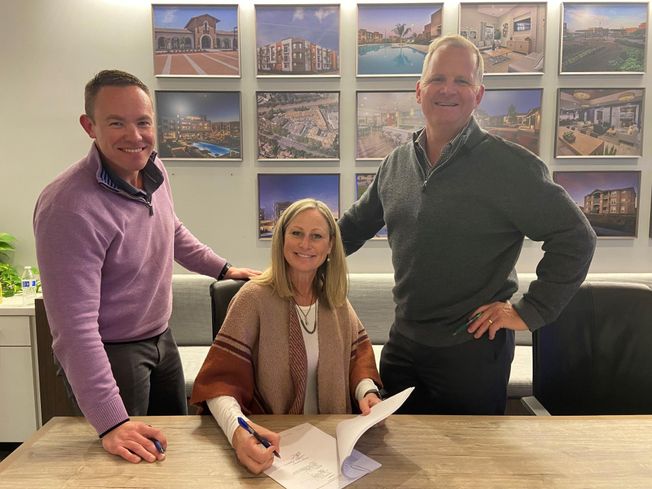 The move marks the first transfer of ownership in the 25-year history of the company, which began working in the Sacramento area before more recently breaking into Bay Area and Southern California markets, especially in the last decade.

Malone, who joined the company in 2000, and Davidson, who joined in 2005, have both headed operations for Anton DevCo in recent years, Eggert said, adding that the shift is both deserved and best for the company.

"It's part of an overall strategy for us of going to the next level of professionalism and institutionalization," he told Bisnow.

Anton DevCo, which recently formed a board of directors as part of Eggert's restructuring, declined to comment on price or percentage specifics of the transfer.

Based in Walnut Creek, Anton DevCo has quickly grown its project portfolio in only the last few years. It recently began construction on Anton Edge, a 91-unit project within Oakland's Broadway-Valdez Specific Plan, and on Anton NoMa, a 135-unit complex in Walnut Creek.

By year's end, Anton DevCo also expects to begin construction on a Brooklyn Basin parcel it closed on in September, and before that it expects to start on Anton Vida, a 314-unit project in Anaheim, California, Eggert said.

"Over the last half-decade, we've really made a push into the Bay Area," Malone said. "Now we're pushing further south down to Orange County and other parts of Southern California."

For Anton DevCo, which now has a little over 1,300 units under construction across California, some new ownership makes sense, given where the company is heading, says Davidson.

"As we continue to grow and expand, I think this is just the natural progression of the company," he said.