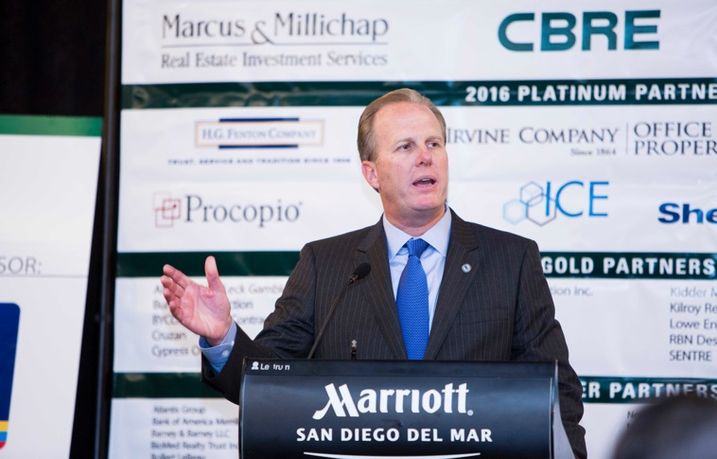 San Diego Mayor Kevin Faulconer has endorsed Measure C, the Chargers ballot initiative to fund a proposed $1.8B Convadium, a combination stadium and convention center annex, after reaching an agreement with the team that provides financial safeguards for the city against debt liability and other concessions. The measure would raise the city’s hotel tax from 12.5% to 16.5% to provide revenue to repay the city’s $350M share of the stadium cost and $800M for building the convention center. The Chargers and the NFL would contribute $650M toward the stadium cost.

The mayor’s endorsement could boost support for the measure by the local business community and other powerful interests, reports the San Diego Union-Tribune. Even if the measure fails, the agreement could pave the way for an alternative stadium solution. Faulconer’s relationship with the Chargers has been strained since the team broke off negotiations with the city for a new stadium last year and pursued a stadium proposal near Los Angeles.

In a Facebook statement announcing his endorsement of Measure C, Faulconer acknowledged the importance of keeping the Chargers in SD and said the city has reached common ground on the stadium proposal with the team, despite previous differences. “I strongly believe that pro sports, just like music and the arts and strong cultural institutions, are one of the building blocks of a world-class city.” He said his concerns about the stadium initiative came down to one simple fact: “There must be stronger protections for taxpayers and our tourism economy in the Chargers’ plan.” 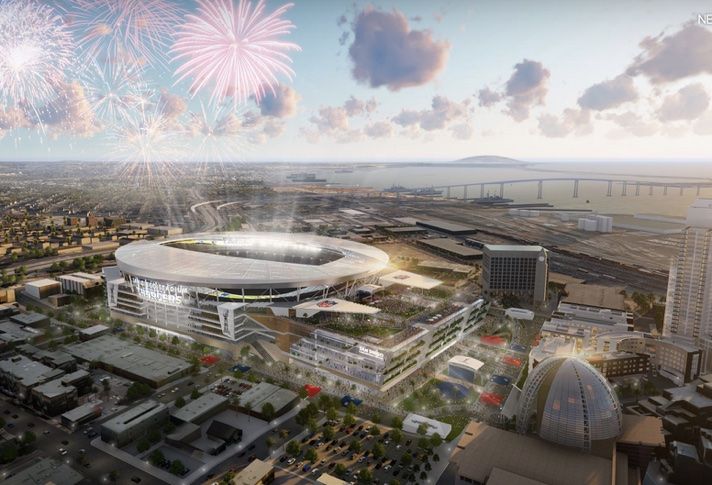 Faulconer said the agreement prohibits subsidies from the city’s operating fund to repay stadium debt; caps costs on the project (if construction costs exceed the current budget, the Chargers would make up the difference); and requires the Chargers to address concerns of community groups and residents about the impact of the stadium on the quality of life in Downtown SD and East Village.

It also provides the city all revenue from non-NFL events held in the new stadium; commits the team to remaining in SD until the initial debt on the project is paid off; reimburses the city for all preliminary project costs should the team leave the city before construction begins; and requires the Chargers to replace parking. The Padres would play in Tailgate Park, which is the proposed Convadium site.

According to an independent study by Hunden Strategic Partners, sponsored by the Chargers, the stadium would bring an estimated 900,000 new visitors to SD annually, boosting hotel revenues by $750M and adding about $12.5M a year in hotel taxes to the city’s coffers.

Voters will have the last word Nov. 8.