Kearny Mesa Is At The Center Of Everything, So Why Don't More People Live There?

Kearny Mesa, the San Diego submarket that occupies a central location in the county near several large freeways, was historically an industrial, office park and aerospace-dominated market. It remains as such, but certain developers along with the Kearny Mesa Planning Group are eyeing a future for the neighborhood that includes more residential communities and retail centers to create a more live-work-play area. 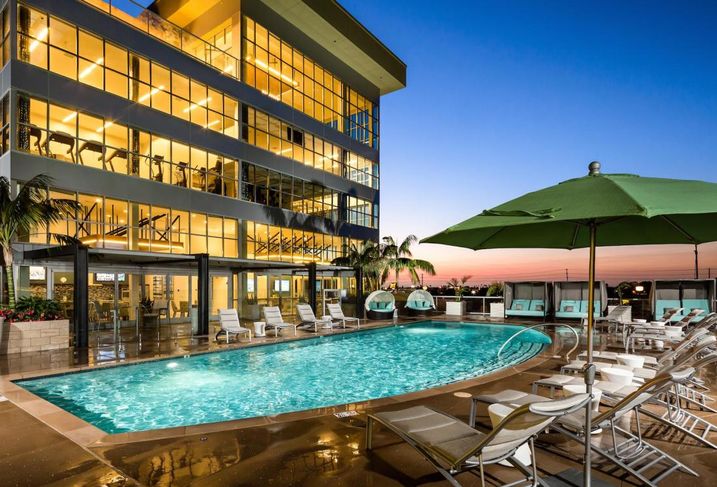 Courtesy of Mesa West
Vive on the Park

“The nice thing about working in Kearny Mesa is that it has always performed well because of its centrality to the county and great freeway access. It’s surrounded by different neighborhoods and therefore a well-diversified employment pool,” said CBRE First Vice President Brad Black, who has worked the office market in Kearny Mesa for over 30 years.

Kearny Mesa has the lowest overall office vacancy rate in the county at 6.5%, according to the Q4 2017 Kearny Mesa Overview provided by CBRE. Kearny Mesa also had the lowest availability rates for Class-A, Class-B and overall. There were some notable office transactions, too, like UC San Diego's 82,200 SF deal at Lightwave Corporate Center, which is the largest new office lease since 2015, and the county's Health and Human Services department's renewal of 46,500 SF at Seville Plaza.

Cushman & Wakefield Director and Kearny Mesa Planning Group President Jeffrey Sallen said, while the office market will remain strong in Kearny Mesa, San Diego should be on the lookout for more residential projects.

“Kearny Mesa sits directly in the center of San Diego County and just up until recently has really only been known as an office and industrial submarket. Due to its location, it only makes sense that more residential be built to serve the rest of the county,” he said. 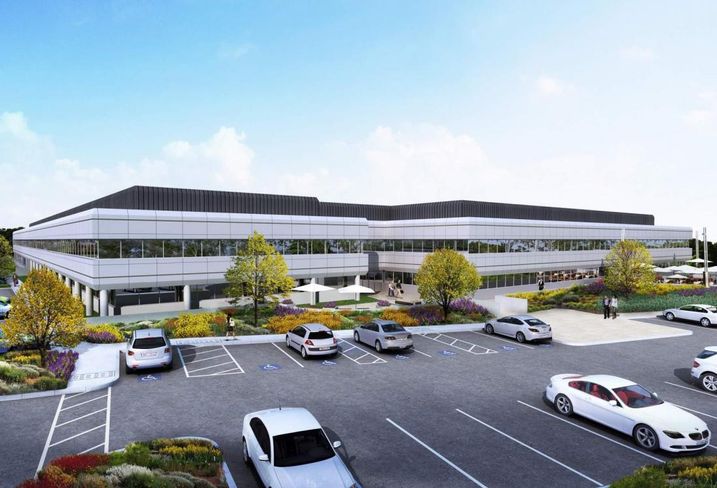 Sallen said the residential units being built are not low-income but cannot be classified as luxury, either.

“It’s more so a product of what’s feasible from the developer’s standpoint,” Sallen said. “Adequate guest storage, guest parking and outdoor living space is missing from many of these newer developments.”

He said much of the newer housing is geared toward millennials, but, anecdotally, most of the young adults he knows prefer to live closer to the beach or downtown. Sallen said Kearny Mesa falls in third or fourth position behind the beaches, downtown and neighborhoods like North Park and Normal Heights, indicating there is a long way to go to make Kearny Mesa an attractive place to live for younger professionals with some disposable income.

There are a number of new multifamily projects on the books, as well as an updated community plan that, once finished, will outline new residential zoning and allow for more commercial property, Sallen said.

“You will see significant growth in this sector if multiple parcels are able to be combined by a single developer,” he said.

He said the city is reviewing zoning for different areas in the submarket and increased floor area ratio is well underway in other areas of the market, which will allow for more parking structures and multistory buildings.

The area included in the community plan update includes 4,000 acres between State Route 52 on the north and Interstates 805 and 15 on the west and east, respectively. In the current community plan, 1,900 acres, or 52.7%, is designated for industrial and business park while 41 acres, or 1.1%, is zoned for residential use.

Kearny Mesa has the smallest population base among the adjoining community planning areas, though the introduction of housing in recent years has increased the population from 3,400 in 2000 to over 9,000 residents in 2015. Around 83,000 people are employed in the submarket, most of whom commute in and out daily. The plan outlines a wish for a variety of high-density, walkable communities with Class-A office space, apartment complexes, retail and entertainment centers. 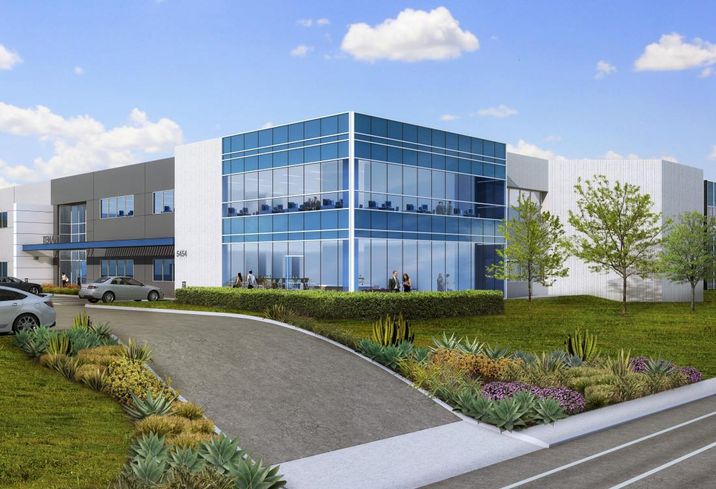 One example is the 40-acre Sunroad Centrum planned community, which is the redevelopment of the former General Dynamics aerospace facility east of State Route 163 and south of Clairemont Mesa Boulevard. At present, it includes the 11-story, 274K SF Centrum I office tower and apartment complexes like the 253-unit Ariva and the 302-unit Vive on the Park. More construction is slated and at build-out, Sunroad Centrum will have 1,600 multifamily units and 856K SF of commercial office space, including two more office towers (Centrum II and III) in an office campus branded as Centrumplace.

Black said there is room for both kinds of growth — office and more live-work-play developments.

While residential properties are making inroads in the submarket, the office sector continues to grow and expand. Black said he has not yet seen residential chip away at office opportunities.

Black details a number of office projects that are being developed in Kearny Mesa right now, including a 54K SF building on 5454 Ruffin Road built in 1983 that was bought and is being repositioned by BLT Enterprises. The building was originally 70K SF, but BLT Enterprises eliminated some of the square footage so the parking ratio could be higher. The building is being refurbished in every sense, including everything from windows to landscaping, and the end design is geared toward a large office or R&D-type user.

Another property that was formerly occupied by Pratt Whitney at 4400 Ruffin Road was purchased by the developer LBA. LBA is transforming it into a 237K SF project, of which approximately 131K SF is a two-story office space and a 6K SF distribution building.

“The office space component is geared towards many existing Kearny Mesa employers who want larger, more efficient spaces. The warehouse component is meant to meet the demand of all the ‘last-mile’ distributors in the marketplace these days who want to be in a central location and are willing to pay a premium for it,” Black said. 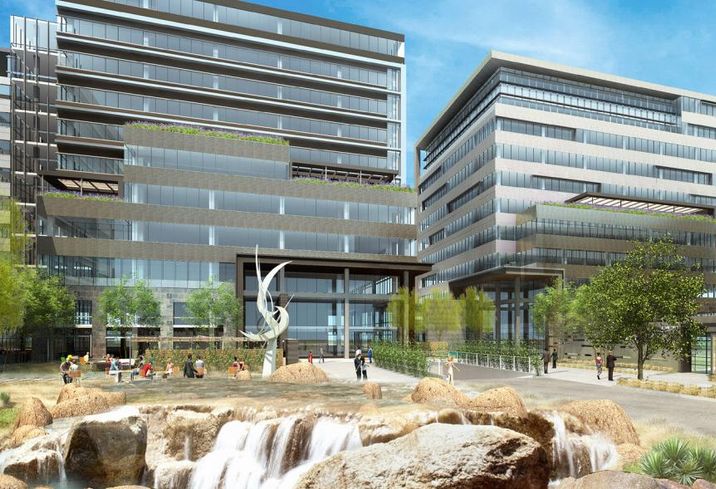 Parts of Kearny Mesa have already arrived as a destination lifestyle neighborhood.

Sallen agreed with the assertion that the popular Asian restaurant hub along Convoy Street could become the “next Little Italy.”

“Absolutely," he said. "Drive down Convoy [Street] on a Friday or Saturday night and try to find a parking space. The Convoy District is going off and will only continue to grow with community and government support.”

“I’ve been seeing a trend of luxury apartments on the rise in the Kearny Mesa area," said Steven Ji, owner of Convoy Street Chinese restaurant Village North. "They're pretty vastly dissimilar to the usual ‘80s single-family homes that populate the majority of the district.”

He noted the proliferation of Asian restaurants, saying there is a greater variety of different Asian cuisines and that the district is catching up to Los Angeles in terms of diversity and number of establishments, relatively speaking, when taking into account the sizes of each city.

Black said more foot traffic, even if it is people coming into the submarket to eat and drink, cannot possibly be bad for business.

“Certainly, the Asian influence along Convoy has been great for the area. I would really like to see that continue to be enhanced because it's good for the business park users as well.”