Protea Waterfront Development’s $1.2B proposal (below) for a mix of hotels, shops and restaurants, a public beach, an aquarium and a 480-foot observation tower called “The Spire” is moving forward to replace Seaport Village on 70 acres of Downtown San Diego’s waterfront following a 6-1 vote by the San Diego Unified Port District in favor of the plan. (Learn more at Bisnow's San Diego Hospitality Development Takeoff on Aug. 18.) 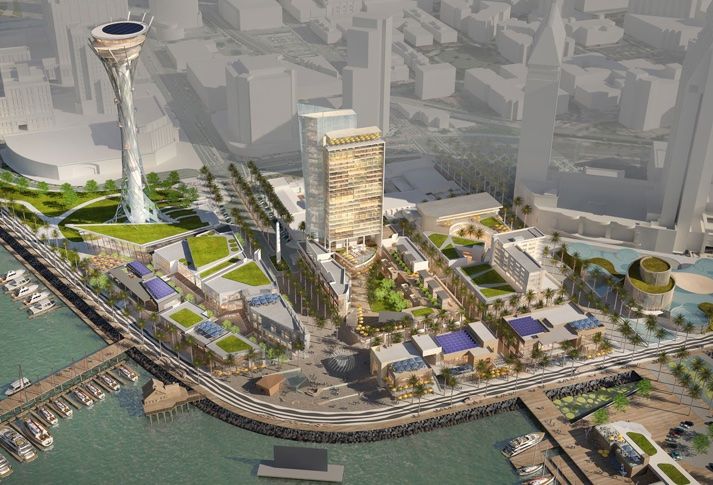 The vote, which was opposed by board chairman Marshall Merrifield, allows the board to move to exclusive discussions with the Protea team to verify financial projections, clarify parking and mobility plans and explain why $150M in planned public infrastructure would not require a subsidy from the port. The SDUPD, however, reserved the right to enter discussions with other companies submitting proposals, should discussions with Protea fall through. A final vote is expected in October. 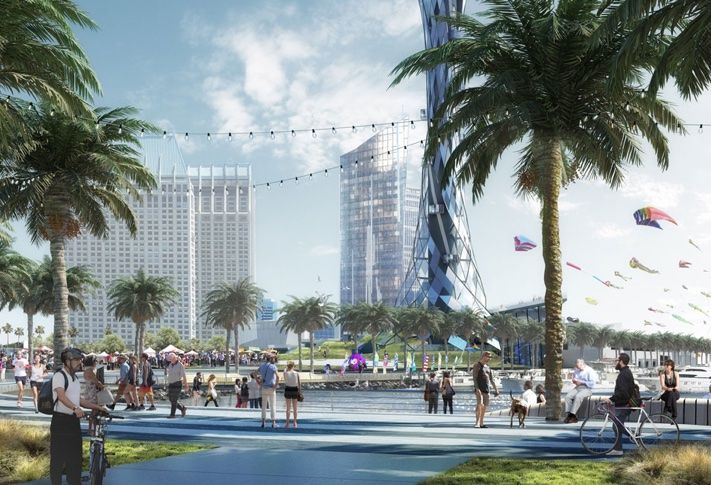 Protea’s Seaport San Diego proposal (here seen from G Street) would generate an estimated $22.5M annually for the port, more than $4.1M collected in fiscal year 2015 from central Embarcadero tenants under the current leaseholder, Carlsbad, CA-based Terramar Retail Centers, due to the expanded scope of the development, reports the San Diego Union-Tribune. The development plan also will require Coastal Commission approval. Construction is expected to break ground in 2020, with completion in 2023.

The development plan calls for three hotels with 1,077 rooms; more than 388k SF of retail and restaurant space—triple that of Seaport Village; 19,100 SF of office space; and two attractions, the 480-foot "Spire" observation tower by ThrillRide and a 178,500 SF OdySea aquarium. A 65,200 SF charter high school focused on marine biology and shipping logistics, and a “lifelong learning center” operated by the University of San Diego will occupy four stories above retail shops. 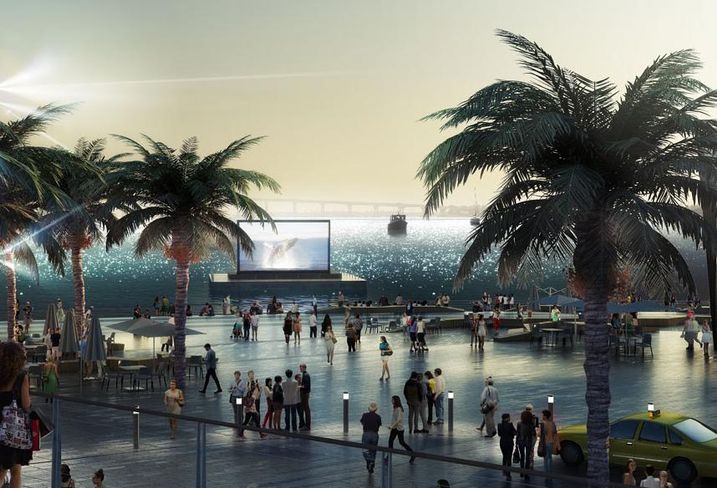 Tuna Harbor, the waterfront’s commercial fishing docks and facilities, will be upgraded, along with enhanced landscaping and the addition of a dock-and-dine landing to serve the Fish Market restaurant. Other improvements would provide a paddleboard dock, a floating Olympic-size swimming pool, a barge with a giant TV screen (pictured) anchored in the bay, and facilities for concerts. 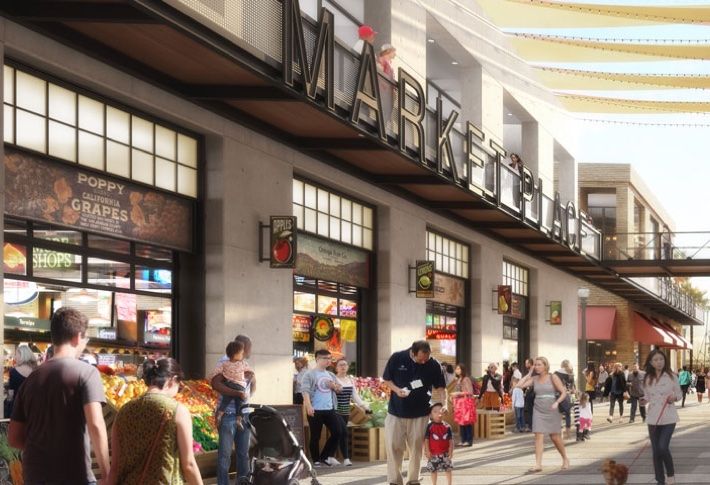 Protea is the managing partner for 1Hwy1, which has four other members with an equity stake in the development: Miami-based RCI Group, a waterfront developer; Orlando-based US ThrillRides, which would develop the Spire; Scottsdale, AZ-based OdySea, which would build and operate the aquarium; and AECOM, a global engineering and design firm. 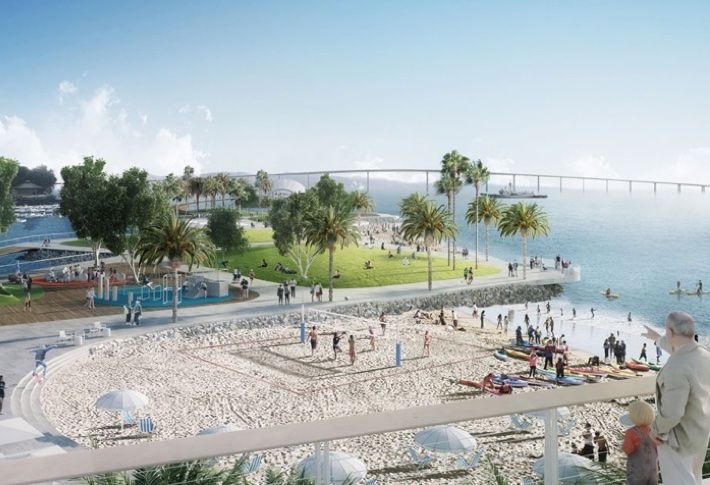 The SDUPD also is moving ahead with redevelopment of Harbor Island rental car lots and will decide next month between proposals by two local developers, OliverMcMillan or Sunroad Enterprises, for a mixed-use project with hotel, office and retail components. [SDUT]