Inside The San Diego Development Boom

Taking a look at all the development headed for Downtown San Diego, experts at Bisnow's San Diego State of the Market told the packed house what to expect in the coming year.

Brent said the area has great character, a creative population, and lots of energy, nightlife and restaurants. Brent said his company has acquired another East Village site at Park Boulevard and Market Street. He notes that Holland Partners is also also looking for sites in Mission Valley. 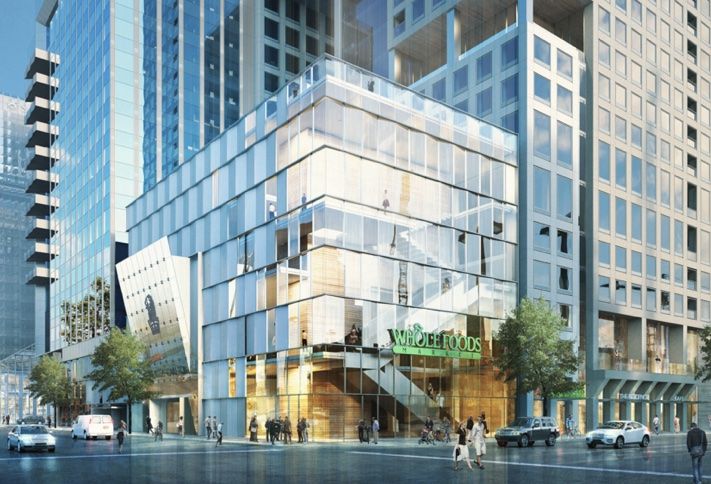 Carlsbad-based real estate investment firm Capstone Advisors SVP Ira Schwartz said of his company, which is focused on value-add retail in suburban markets: “We look for tired, worn-out retail centers to reposition or renovate to make them better for both tenants and customers. Coming out of the last downturn, we have been able to find lots of those types of projects.”

Jason noted, however, that retail is evolving due to the expansion of e-commerce. While e-commerce is moving the needle for FedEx, UPS and Amazon, Jason noted brick-and-mortar retail is finding uses that are Internet-proof.

“There’s an opportunity to create sense of place and excitement,” he said, noting University Towne Center (UTC) is an example, as well as Rick Caruso’s Carlsbad project. Jason explained that UTC is undergoing a redevelopment to create an Arclight Theater and is adding corporate event space and additional retail. Caruso’s project, which is anchored by Nordstrom, is an entertainment-oriented destination and will provide a sense of place, with great restaurants and high-end retail shops.

Pictured is the 200-acre site where Rick Caruso plans to build in Carlsbad. The project's fate depends on the outcome of a public vote slated for Feb. 23. Caruso plans to develop 26 acres, with the remaining acreage dedicated to public recreational use. A local citizen activist group that opposes the project has called for a referendum vote.

LA-based REIT Rexford Industrial’s director of aquisitions, Patrick Schlenhuber, pointed out that SD’s industrial real estate market is very tight because creative office users have diminished the region’s industrial stock over the last few years. While industrial space is the backbone of the economy, it's four walls and a roof, he noted, providing an opportunity for a higher and better use. As a result, SD has experienced a 60M SF reduction in industrial space, which is putting upward pressure on rents.

He said the next big thing in the industrial market is creative industrial. “People are rethinking the way they want to reuse their space. It’s flex space in a way, though we don’t like flex in industrial,” Patrick explained.

Everyone agreed the regulatory environment in California, in general, presents challenges for commercial developers, making it difficult to get projects done. But there also was consensus that the city’s new mayor, Kevin Faulconer, is a friend of real estate developers. They noted Kevin is business-oriented, pro-development and praised Civic San Diego.