Faced with challenges posed by President Donald Trump’s bold moves to change U.S. trade policy by withdrawing from the Trans-Pacific Partnership, renegotiating NAFTA and a proposed 20% tariff on Mexican imports, San Diego and Tijuana's mayors reaffirmed their commitment to working together in the best interests of both cities this week. 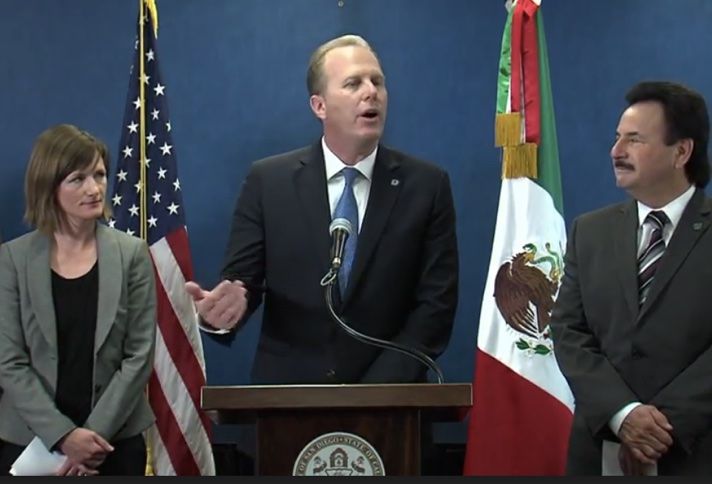 “Our proximity to Mexico is one of our greatest strengths,” San Diego Mayor Kevin Faulconer said at a press conference held earlier this week. He said the Tijuana marketplace provides San Diego access to trading partners other regions only dream about, providing hundreds of thousands of jobs throughout the San Diego region.

“Every day people trade foods, culture and ideas between our two countries,” Faulconer said. He said this binational relationship brings San Diego jobs, investments and opportunities. “The San Diego/Tijuana mega-region is the largest hub of medical device manufacturing in the world,” he said, adding more than 110,000 San Diegans have jobs because of international trade and investments. According to the Economic Development Corp., 97% of these primarily high-value goods worth more than $22B are sold in Trans-Pacific Partnership markets and provide San Diegans with 120,000 jobs.

Most of these goods are co-produced by U.S. and Tijuana or Mexicali manufacturing facilities, crossing the border several times before they are fully assembled. This means about 40% of the content of imports from Mexico is American-made. While it is unclear how a 20% tariff could be applied to these products, Nikia Clarke, executive director of the World Trade Center San Diego, an affiliate of the San Diego Regional Economic Development Corp, said, “If the U.S. slaps on a tariff, the rippling effect would almost certainly be passed on to the U.S. consumer." 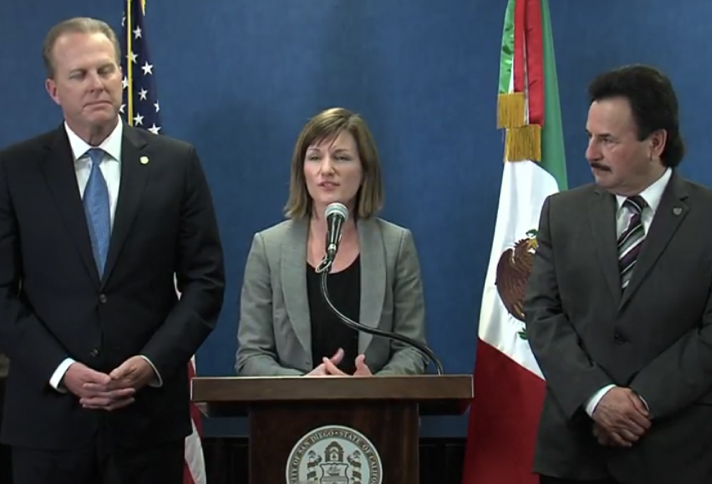 Clarke said the San Diego World Trade Center helps companies expand in Baja, rather than Bangladesh or Beijing, because it creates jobs in both San Diego and Tijuana. “In this era of unprecedented uncertainty over the future of international trade, the future of U.S./Mexico relations and the future of our regional models of co-production, it's important to return to what we know to be true here, to our identity as a binational region."

When asked about how Trump’s trade policies will impact San Diego’s relationship with Tijuana, Faulconer said, “This is a decades-old relationship, and we’re reaffirming our economic ties this morning. What’s happening in Washington won’t impact this relationship.”

Four years ago, Faulconer signed an agreement with Tijuana’s previous mayor, Jorge Astiazarán, aimed at improving the shared economy and infrastructure, enhancing global tourism industries and keeping people safe on both sides of the border. This agreement paved the way for regular meetings of San Diego and Tijuana city department heads, cross-training for firefighters, art and cultural exchanges between libraries, and joint promotion of the region’s combined business opportunities. 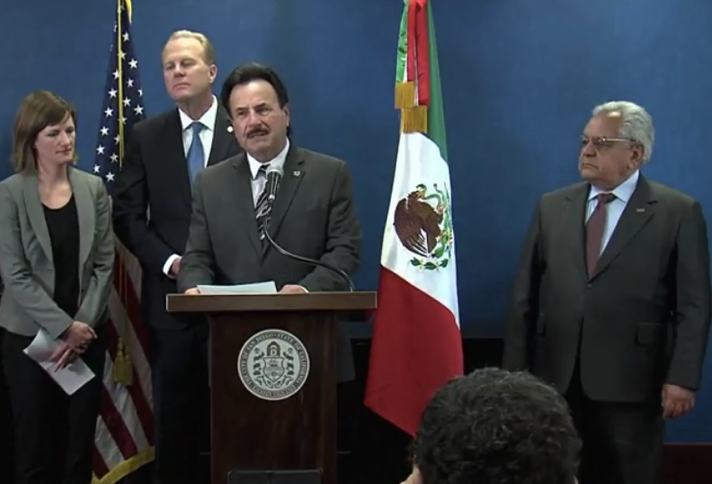 He plans to sign a similar agreement with the new Tijuana mayor, Juan Manuel Gastélum, who took office two months ago. "We can’t control what happens outside our cities, but we will continue our story of collaboration, of friendship and working together for the prosperity of our people,” Faulconer said.

Gastélum said over the past few years, Tijuana and San Diego have made great strides working together and that he is looking forward to continuing this partnership and keeping the lines of communication open. San Diego and Tijuana enjoy a unique relationship, he said. “We are separated by a border, yes, but united by our common goal to bring prosperity to our people.”

Gastélum said binational business has created jobs on both sides of the border. “We’ve made a lot of progress over the years, but want to keep the momentum going,” he said. “Together, San Diego and Tijuana have brought good jobs to Mexico and the United States of America, and together we have made this region one of the best places in the world to do business.” 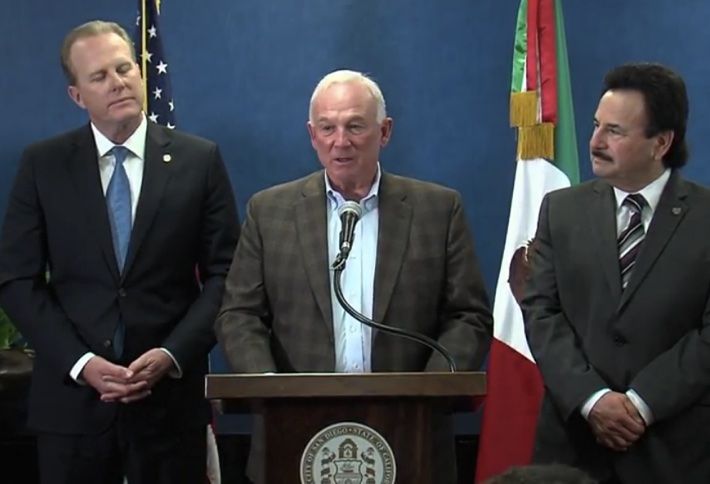 San Diego Regional Chamber of Commerce president/CEO Jerry Sanders said the chamber's role is to be an advocate for cross-border business. “Our thriving Cali/Baja [region] has a $230B economy thanks to NAFTA, a talented workforce and strong bilateral collaboration,” he said. “All of us here understand that Cali and Baja are powerful partners in business with intertwined economies that are strengthened by a commitment of collaboration.” Sanders said this will be the 12th year a San Diego/Tijuana delegation will travel to Mexico City to talk about the importance of the region. 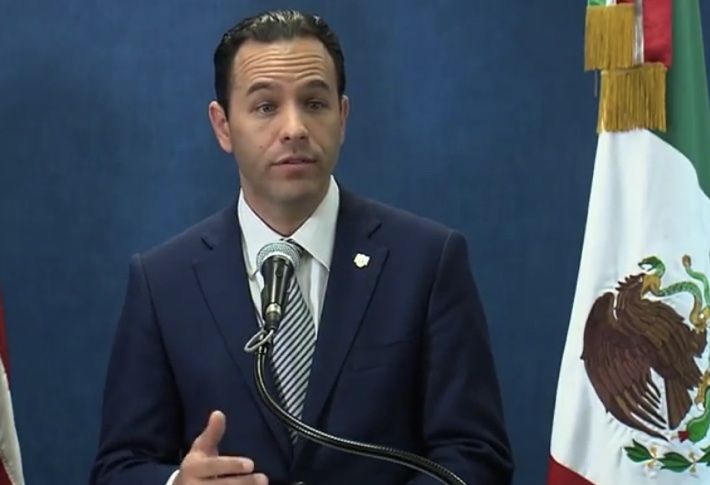 David Moreno, Tijuana’s new economic development secretary, said the two cities share many things, including tourism, culture and trade. “The flow of tourism to both cities generates economic development, traveling to get to know their neighboring city, as well as for a medical procedure or business.”

He said Tijuana's medical tourism industry had a $600M economic impact last year, and so Tijuana is investing in development of world-class hospitals. Additionally, $1.6B in foreign investment last year generated 17,000 jobs.