The worst-case scenario for a major earthquake hitting the Portland area — and one might be overdue, geologically speaking — is thousands of deaths, many more homeless and as much as $80B in property damage. 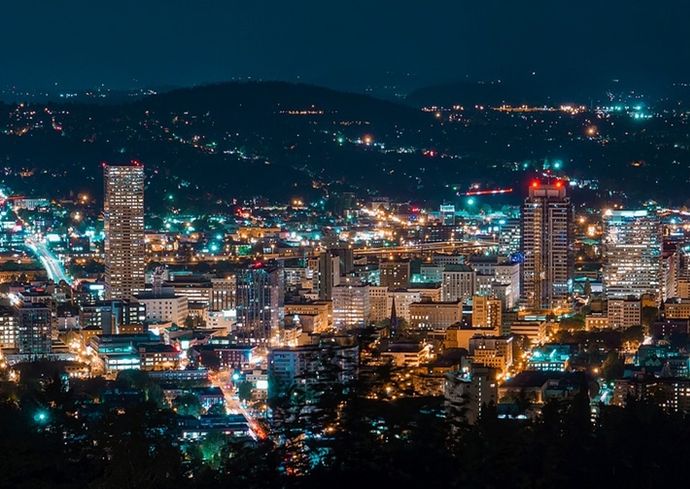 That is the conclusion of a new report by the Oregon Department of Geology and Mineral Industries.

"The damage estimates are significantly higher than those given in previously published studies for the area," the report said, citing better data about Portland-area buildings than previously available.

Among other factors in the potentially high damage totals is that many Portland buildings were built using unreinforced masonry, the report said.

Another reason for the cost of a major earthquake is the concentration of critical infrastructure around Portland. The 3,076-square-mile study area, which includes Multnomah, Clackamas and Washington counties, is home to 1.6 million people but also all of Oregon's major liquid fuel port terminals and the state's largest airport.

What counts as a major earthquake? The report studied two possibilities, but the biggest of the big ones would be a magnitude 9.0 event involving the Cascadia Subduction Zone, which is off the coast of Oregon.

A recent example of an earthquake of this size is the 2011 event off Japan that caused massive damage to that country, including the Fukushima meltdowns, and which is thought to be the costliest disaster in history.

"A Cascadia Subduction Zone (CSZ) magnitude 9.0 earthquake will have a severe impact on the three-county area, with building repair costs totaling $23.5B and $36.7B," the report said. "Although damage estimates vary widely throughout the study area, no community will be unharmed.

"Depending on the time of day an earthquake occurs, casualties may be in the thousands or low tens of thousands. The earthquake will generate several millions of tons of debris from damaged buildings." 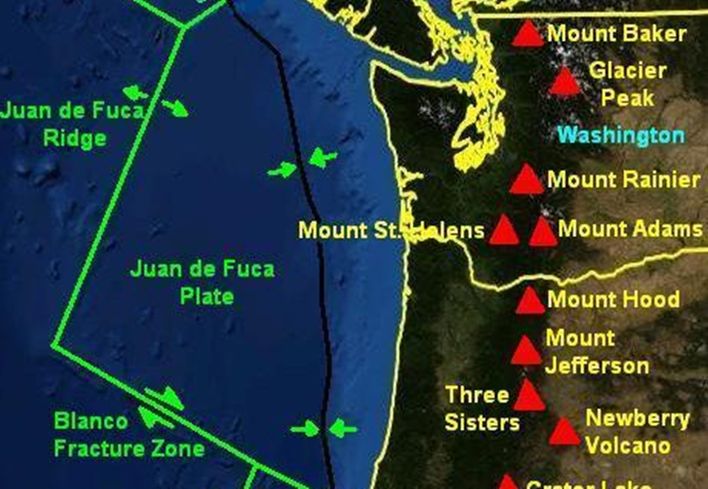 NASA/Public Domain
The edge of the Cascadia Subduction Zone is marked here by a black line roughly paralleling the coast of Oregon and Washington. At that point, the Juan de Fuca Plate is sliding underneath the North American plate to the east, causing periodic major earthquakes.

The report also posited a magnitude 6.8 quake on the Portland Hills Fault, which is inland, and considered less likely. Though not as much energy would be released by such a quake, its proximity to the Portland area would make it the worse of the two, with repair costs estimated between $60B and $83B.

Movement of the CSZ is more likely because it has been the source of 40 or so major earthquakes over the last 10,000 years. By contrast, the Portland Hills Fault is believed by seismologists to have only produced two major seismic events during the last 15,000 years.

"This study addressed a major need for consistent, updated earthquake damage estimates in the Portland metropolitan region," the report said. "The data are intended not as an end in themselves, but as a platform for counties, jurisdictions, and communities to better understand their needs to prepare for, respond to, and recover from a major earthquake."

The report makes a number of recommendations about preparing for such a disaster, including infrastructure protection and first-response capabilities. For real estate owners, the key recommendations are about buildings.

"The majority of buildings in the study area do not meet current seismic building code standards, although the buildings did meet code standards in place at time of construction," the report said. "The state and counties can consider incentives and other options that encourage building owners to seismically upgrade their buildings.

"Such upgrades will reduce casualties and building repair costs and will minimize potential loss of businesses and workforce housing. Jurisdictions can consider triggers that require seismic upgrades, such as a major building renovation."