After a six-year deficiency, supply is finally exceeding demand in Portland’s office market, according to a recent study by JLL Research. The supply-demand imbalance has been pushing rents up significantly. This year, total deliveries are expected to hit 1.6M SF, three times the 10-year average. 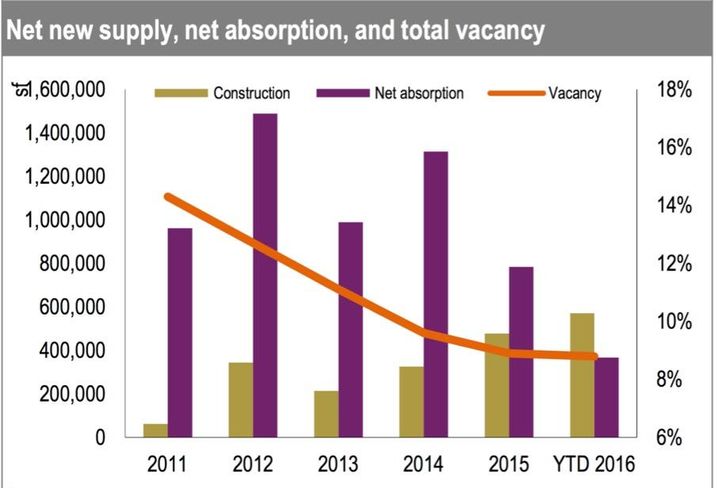 Demand for office remains strong, with net absorption on track to reach 750k SF in 2016. Roughly 100k SF above the 10-year average, this year will be the sixth consecutive year demand has exceeded what is considered to be a typical amount.

During the first half of this year, nearly $500M traded hands in the office market and is expected to reach $1B by the end of this year, rivaling 2015’s figures. Portland is appealing to investors who want to get away from primary markets’ high barriers to entry.

JLL SVP Patricia Raicht says, “Urban and suburban assets are highly sought after and investors are looking at both core opportunities and value-add opportunities.” 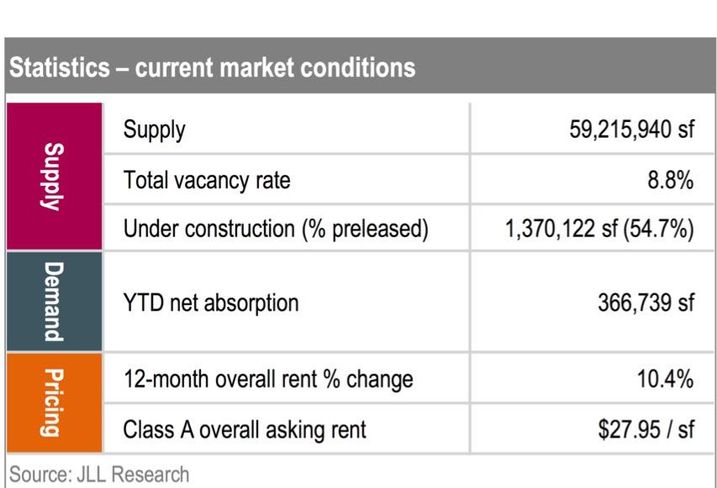 Oregon’s economy at large is faring exceedingly well, with the highest GDP growth in the nation—at 4.1%, compared to the national average of 2.4%. The unemployment rate has dipped to a historic low of 4.4% and jobs are growing at a steady rate of 30,000/year.