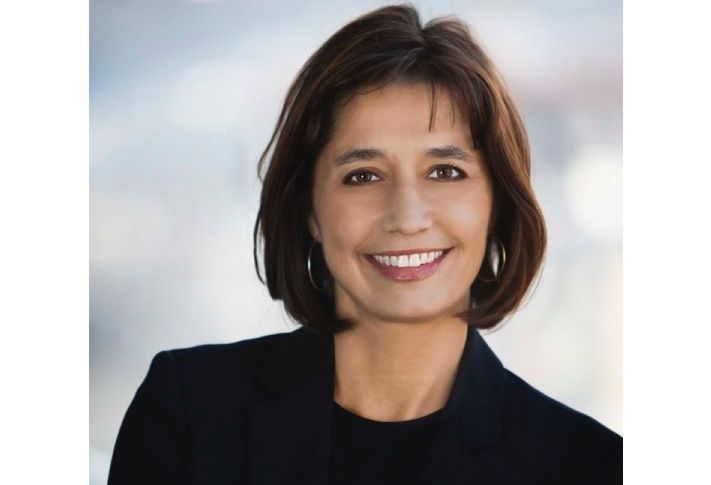 This 28-story condominium project is at 1130 NW 10th at Northrup in the Pearl District, a vibrant multi-use neighborhood that serves as a model for urban planners. Bisnow caught up with Hoyt Street CEO Tiffany Sweitzer (above) to learn more about this project and future plans for development in the remaining five blocks Hoyt holds in this neighborhood. 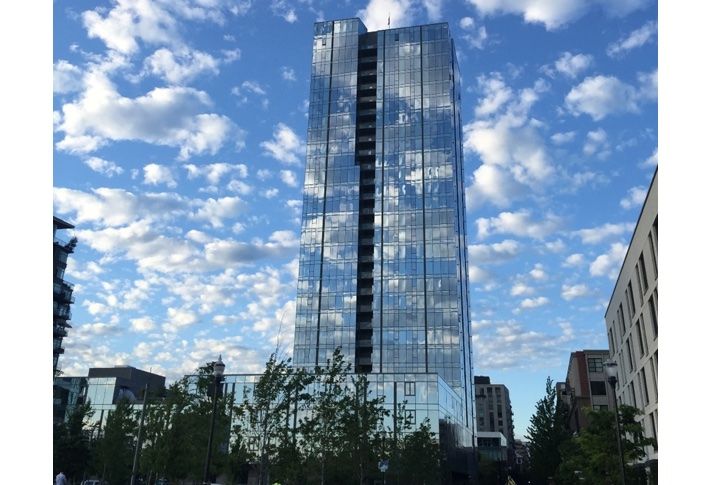 The Cosmopolitan (above), with 150 elegant homes and 12k SF of ground-level retail, is the 12th project Hoyt has developed in a 34-acre parcel.

“This was the first residential project to come out of the ground since the recession, and it’s our signature project,” she says, noting the success of pre-sales demonstrated the pent-up demand for for-sale product. The Cosmopolitan is 96% sold out, with only four units remaining available. Even the penthouses, which were priced up to $3.8M, are sold. 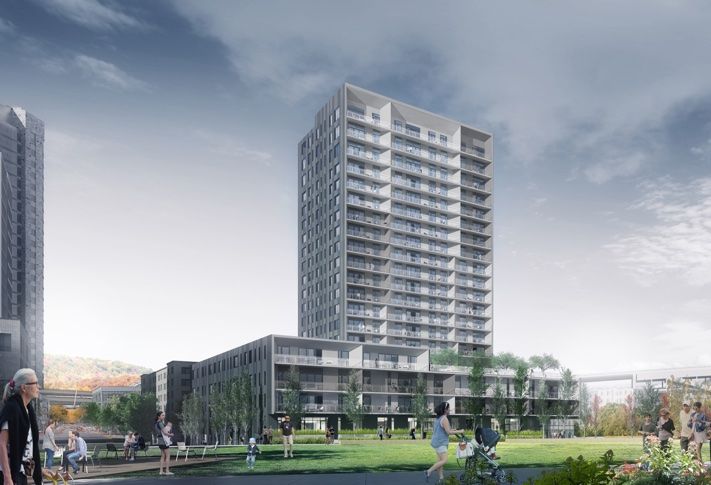 The next project will break ground in early 2017 on a site just north of The Cosmopolitan, Tiffany tells us. Known as is BLOCK 20 (above), it will include 155 condos with flexible ground-level space for retail and/or live/work units. BLOCK 20 offers one- to three-bedroom units, ranging from about 700k SF to 3,200 SF for the largest penthouse. 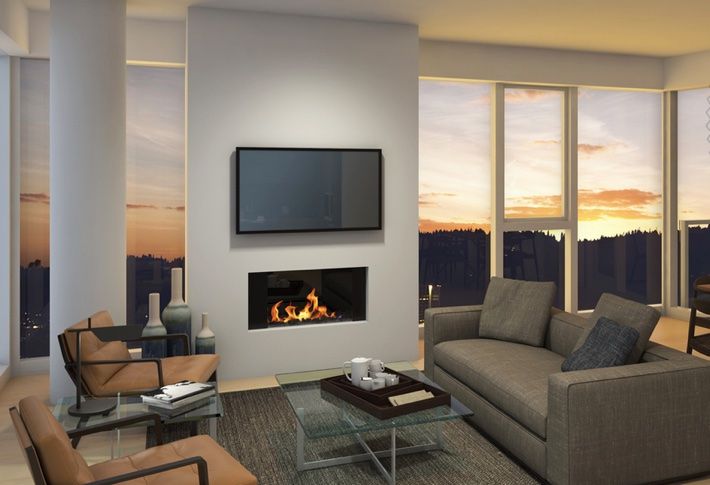 The Cosmopolitan is Hoyt’s most expensive project to date, with units ranging from $400k to $3.8M, or $1,200/SF. “It’s obvious that people prefer to own, with rents so crazy,” Tiffany suggests, "but it was interesting to see such high sales volume at this project’s price point.

There is no other product of this type on the market,” she adds, noting that it attracted buyers wanting the “next latest, greatest thing." What was even more surprising, Tiffany says, is half of all sales were cash deals.

This was a very different experience from the last project Hoyt Street marketed. The Encore, completed during the recession, took four years to sell out at a 30% discount, she recalls. 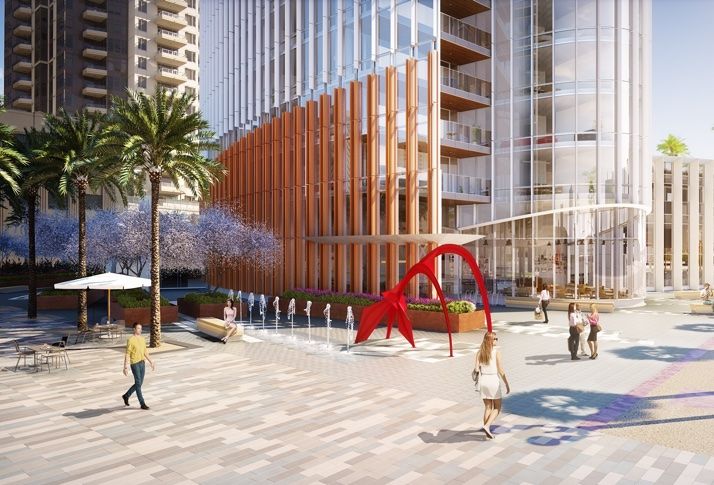 While condo development was slower to come back after the recession than apartment projects, condos coming to market are mainly very high-end and are selling quickly. For instance, pre-sales activity at projects in Downtown San Diego and Los Angles have been brisk.

Two condo projects in Downtown San Diego are currently in pre-sale mode. Canadian developers ICON Properties began marketing its 41 luxury units at 41West on Bankers Hill in January 2016 and Bosa Development began pre-sales in April at the ultra-luxury Pacific Gate mixed-use development in East Village. The most expensive project ever in Downtown San Diego, Pacific Gate brought in $90M in sales during a private pre-sales weekend event before taking pre-sales public in May. 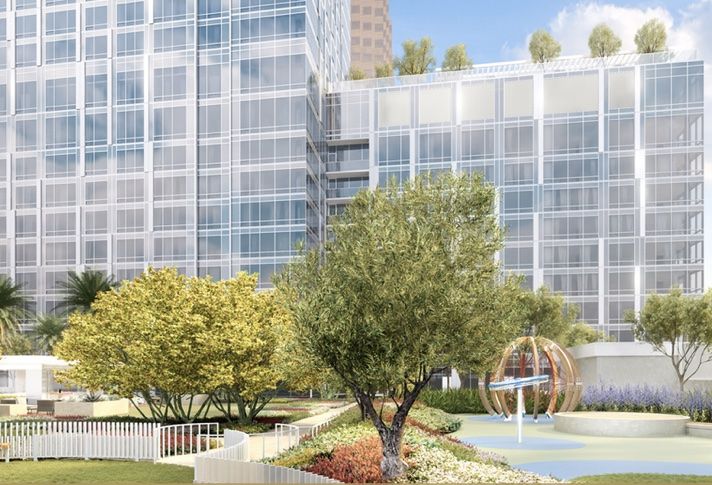 The first residential tower planned by Chinese developer Greenland USA, Metropolis (pictured), a multi-use development in Downtown LA’s South Park, is 70% sold out and hasn’t broken ground. Ultimately, there will be 1,500 condos in this $1B multi-use project. With delivery scheduled for fall 2016, Trumark Urban’s TEN50, which includes 151 boutique condos, also began pre-sales in January 2016, and Beijing-based Oceanwide Holdings is underway on 504 luxury units at its $1B South Park development.

Developing condominiums, however, is not as easy as doing apartments, Tiffany points out, explaining despite growing demand for for-sale multifamily projects, it's still difficult to obtain financing. Therefore, Hoyt Street relies on private equity capital to get projects off the ground. 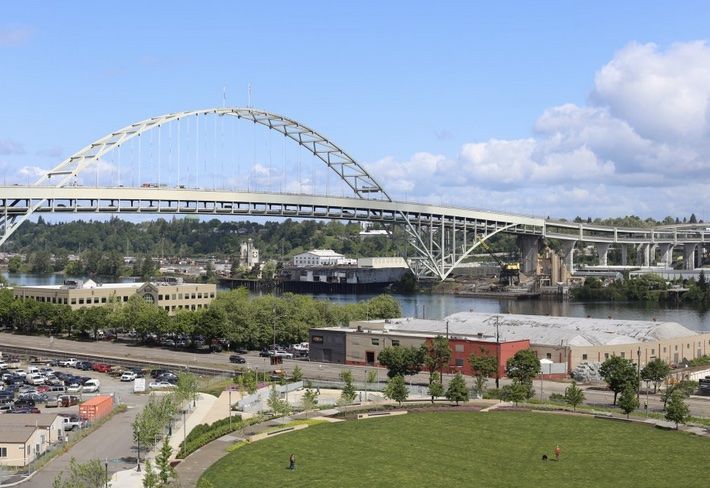 The Cosmopolitan will provide floor-to-ceiling glass that offers views from the second to the 28 floor. This includes city views; the Rose and Japanese Gardens; and Oregon Coast and Cascade mountains, with Mt. St. Helens and Mt. Hood dominating views.

It is flanked by Tanner Springs and Jamison Square parks and overlooks the Willamette River (pictured) and Portland Hills. Tanner Springs Park provides a setting for meditation and relaxation, with vegetation, benches, walking paths and a water feature, while Jamison Square offers family fun, with a wading pool and fountain, playground and colorful Tiki Totems. The project is walking distance from Downtown Portland and on the streetcar line. 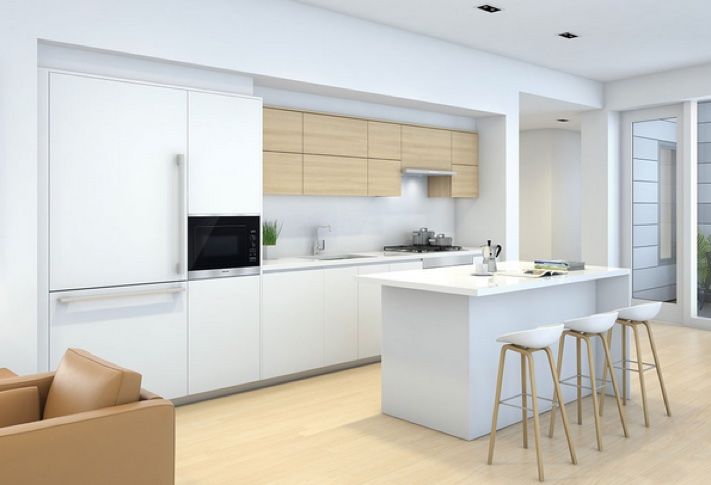 Buyers at The Cosmopolitan can select from a palette of interior finishes that vary from white-on-white, like the kitchen pictured, to gray and coffee tones.

The structure features a Benson glass curtain-wall system similar to that used on One World Trade Center, also known as the Freedom Tower, in New York City.

The lobby has a basalt stone-clad concierge desk that will be manned 24-7 and three high-speed elevators. A secondary lobby is at the entrance at 10th and Overton. Community amenities include a fully appointed fitness center, a community room with a fireplace that opens to an outdoor terrace on the fourth level, with a fire table and landscaping. Three guest suites are available for rent by building residents. 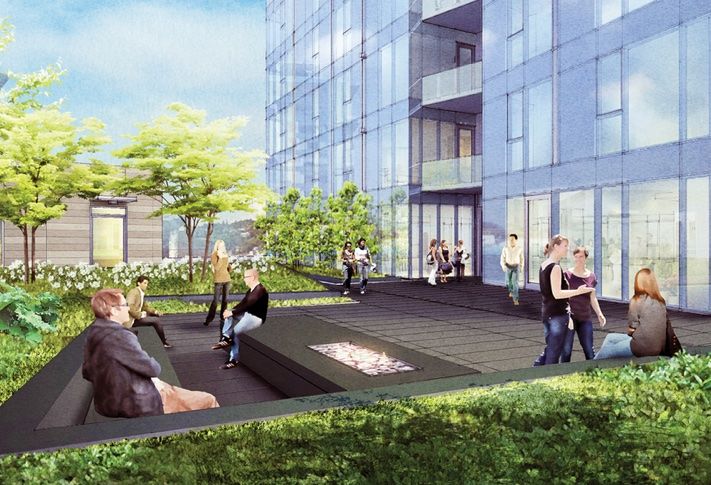 Pictured is an outdoor gathering space at The Cosmopolitan.

Noting that the new neighborhood was formerly a rail yard, Tiffany notes Hoyt Street started this project some time ago with meetings to gather community input. “We’ve been here since day one, and people know we’ll give them an ear," she says. “We’ve built a level of trust over time, because we stand behind our product. The biggest thing I’ve learned,” Tiffany continues, “is listen, listen, listen. When you make mistakes, try to improve.”

“People like our product, and buyers are our best promotion,” she adds, noting that providing excellent customer service is Hoyt Street's top priority. “We take customers on tours of properties and the area, and stay in touch with people living here. We’re active participants in the overall neighborhood, because we’re not ‘one off’ builders. Had we not stood behind our product from the beginning, we wouldn’t have such a good story to tell today.”