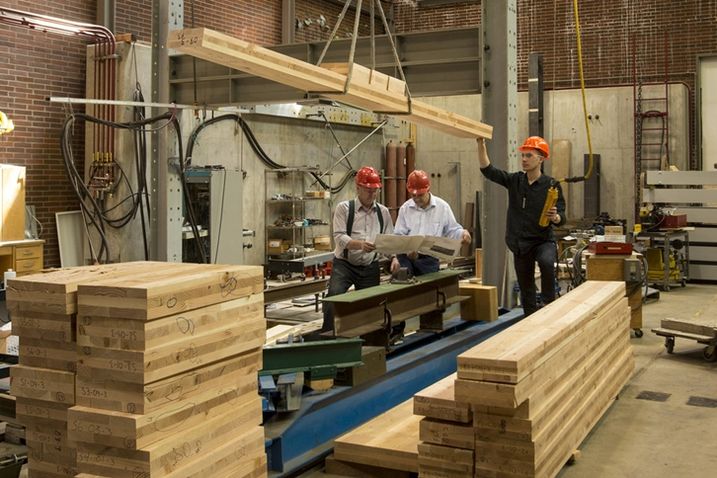 An 11-story timber high-rise, to be called Framework, has been approved for construction in Portland's Pearl District. The building will have the distinction of being the country's first high-rise made of wood, though other such buildings exist or are planned in Canada and Europe.

The developer, Project^, said construction is expected to begin in the fall at Northwest 10th Avenue and Glisan Street. Lever Architecture designed the structure.

At 148 feet, Framework will use wood technology that could allow for even taller timber buildings, The Oregonian reports.

In particular, the building will employ cross-laminated timber, which has been shown to maintain its structural integrity in a fire or earthquake. CLT consists of three, five or seven layers of lumber oriented at right angles to one another and then glued to form structural panels with exceptional strength.

The State of Oregon has invested in developing this kind of wood technology, including a $150K grant to help D.R. Johnson manufacture the product. The state's interest in the technology is to help promote its ailing lumber industry.

When complete, the building will house offices for Albina Community Bank and its parent, Beneficial State Bank, as well as affordable housing units, according to the developer.