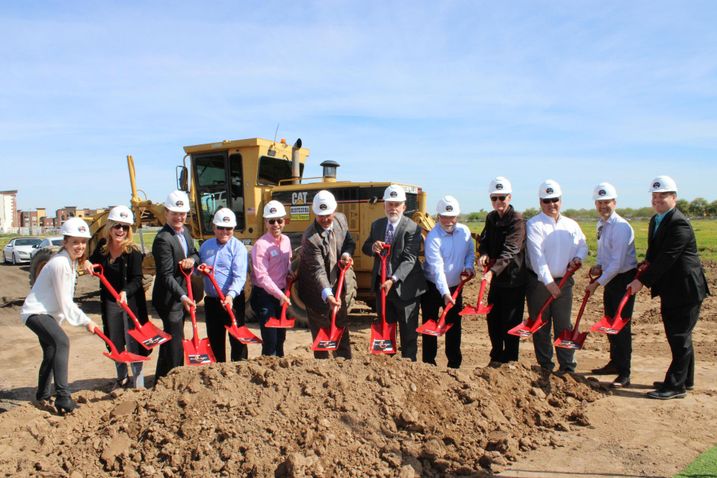 The ever-expanding coronavirus risk did not stop the groundbreaking ceremony of the En Fuego mixed-use project in Phoenix on March 17.

A dining and retail destination located at the fast-growing 91st Avenue and Glendale Avenue intersection, En Fuego is slated to be rolled out in two phases and encompass 9.65 acres with retail spaces from 3K SF to 15.6K SF.

The growing demand from the 91st Avenue and Glendale Avenue intersection comes from a dense population of over 100,000 residents and 25,000 employees within 3 miles of the development.

“It is a misconception that the West Valley is behind the East Valley in commercial development, and yesterday’s groundbreaking in Glendale is another example of high demand because of the lower costs in the West Valley,” Phoenix Real Estate Investors Association President Chris Eymann said. “Cheaper dirt equals higher demand, it is as simple as that.”

Located at 9100 North Zanjero Blvd., En Fuego already has commitments from national food and beverage brands including Jack in the Box, Raising Canes and Starbucks. The area, adjacent to State Farm Stadium, is known for its lack of parking spaces, a concern that developer Diversified Partners made sure to address.

“I held my ground against dissenting voices and made sure to design an overabundance of parking on-site,” Diversified CEO Walt Brown said. “Between Arizona Cardinal football Sundays and the spring training stadiums, we have already anticipated the increased demand from both events and the growing residential population.”

According to Diversified Partners, En Fuego is one of 15 current commercial and residential projects in a 2-mile radius that will bring in 15,000 residential units over the next three years.

Diversified Partners keeps in close communication with fellow area developers Fore Property, Wood Partners and Kaplan Development regarding the development the 91st Avenue corridor. The new residential density of the area is a dramatic change from the sparse living options available when the Arizona Cardinals opened State Farm Stadium in August 2006.

“I have been living off of 91st Avenue and Glendale Avenue for nearly 10 years and it is about time some non-event-based development occurred in our area,” Glendale Resident Trunnell Powell Jr. said. “I shouldn’t have to drive 15 minutes for quick-food options. We have too many people here now to be that isolated.”

As a desired location for manufacturing and industrial development, the industrial demand is transforming raw land into employee-based businesses, a trend that should be a long-term asset to Glendale and other cities in the West Valley, including Avondale and Tolleson.

“The new population density is our friend,” Brown said. “There are new proposed office projects and the goal for the residential developments is to have a household median income of $110K. Glendale is growing fast and the resources need to change to meet those needs.”