Average rent for a one-bedroom apartment in Phoenix increased 13% this month, topping the national charts. Rent rose from $764/month to $861, a leap that earned Phoenix the No. 1 spot, according to Abodo’s June 2016 National Apartment Report. 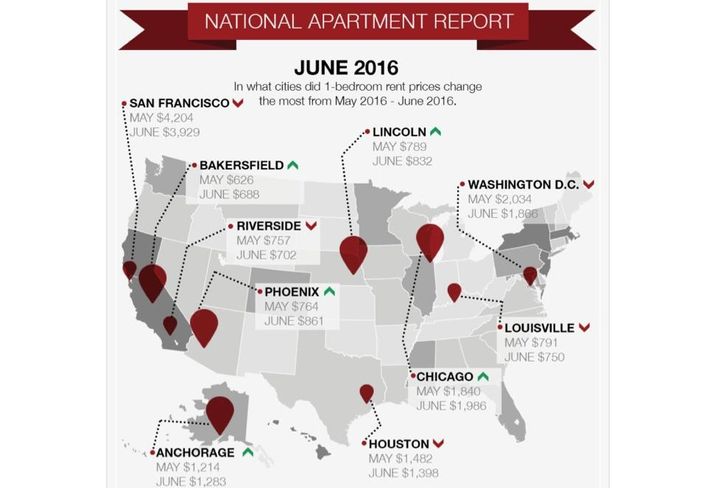 “The rent increase in Phoenix could result from a number of issues,” Abodo senior communications manager Sam Radbill tells Bisnow. “Some industry experts have suggested that landlords are feeling pressured because of increased demand for units while inventory is low.” 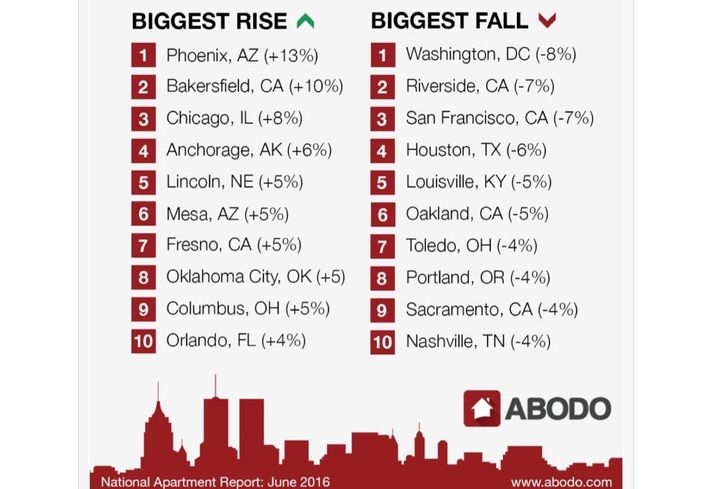 Sam tells us the US rental market hit historically low levels during the mortgage finance boom, but has been moving back toward historical norms. Homeownership rates are falling, so it makes sense for landlords to continue raising rents, especially in markets with tighter inventory, he says.

“Phoenix, specifically, is following a trend that analysts and industry experts have seen in cities," he says. "In cities with a large number of young adults who can’t afford to buy a home or don’t want the hassle of owning one, rental units are in extremely high demand."

That group of renters and retiring Baby Boomers who are downsizing and moving into metro area apartments are driving up demand, he says. The demand continues to drive up rent prices.

The national average rent is predicted to increase another 3% to 5% this year. The State of New York leads the country is absolute terms, with an average rent of $2,040 for a one-bedroom.