The North Phoenix business and residential communities will get a chance to review a rapidly changing 19th Avenue corridor April 21.

The meeting will be open to the public and held at the Open Door Fellowship Church auditorium on 19th Avenue and Butler Road. It aims to give everyone a voice in the transformation of an area previously plagued by a host of urban problems. 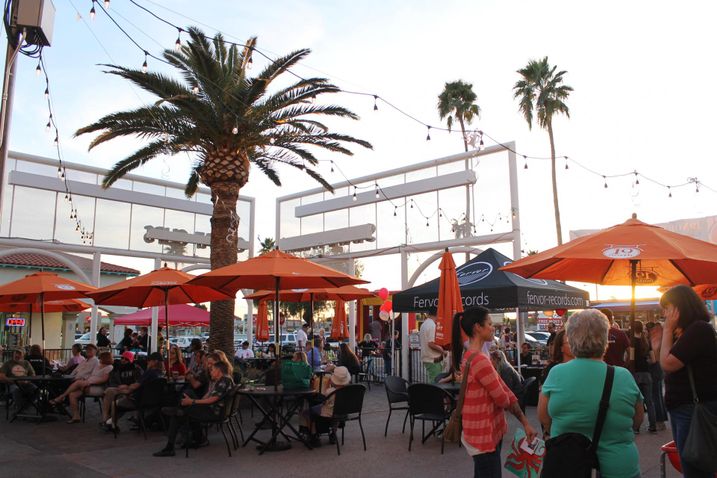 Courtesy of 19 North
The 19th North Community Alliance estimates there is currently over $500M of commercial and residential investment in the Phoenix 19th Avenue corridor.

The change the neighborhood is undergoing is vast: the 19th North Community Alliance estimates there is currently over $500M of commercial and residential investment in the Phoenix 19th Avenue corridor, which is designated east to west from 15th Avenue to 23rd Avenue and south to north from Montebello Avenue to Dunlap Avenue.

Commercial projects under development include popular local restaurant chain Fired Pie, as well as service-based businesses like Resilient Health and UMOM Daycare. Salad and Go has already opened a restaurant in the busy corridor.

“This will be an open house format featuring a meet and greet with both the commercial and residential developers,” 19th North Community Alliance Executive Director Shannon McBride said. “People may not see the evidence, so we are meeting to show our future is bright. We are here to show the city of Phoenix and our residents that we have gone from a problem to a vision.”

McBride’s nonprofit was founded in 2018 to align Phoenix’s longest continuous street, 19th Avenue, with stakeholders hoping to attract developers. The goal is to revamp the area on the final four stops of Valley Metro’s light rail system, which is in the middle of an expansion project up 19th Avenue to the former Metrocenter Mall.

The avenue starts on the city’s southernmost border in south Phoenix and continues north for 23.5 miles to Deer Valley Road.

“Small businesses are the heart and soul of the 19th Avenue corridor, so we had to all pitch in to do something to make it a real destination,” City of Phoenix Economic Development Program Manager for Neighborhood Services Lisa Huggins-Hubbard said, adding the group is committed to Crime Prevention Through Environmental Design.

Grocery behemoth Albertsons, which has a location at 19th and Northern Avenues, was attracted by the CPTED aims. After several meetings with community stakeholders, including the alliance, the Phoenix Police Department and city council members, CPTED was implemented on-site at the busy store site, which attracts an average of 17,000 visitors every week.

CPTED tools that were used at the site included closing a front entrance that was often used for shoplifting, new landscaping that minimized large shrubs and the removal of soda machines in the front of the store that had become cornerstones for loitering.

Albertsons did not respond to a request for comment.

“There was a lot of shoplifting and loitering at that location, and we worked with the community to explain that Albertsons was the victim of these crimes, and they shouldn’t hold them responsible,” McBride said.

“In the last 60 to 90 days, retail brokers from across the nation have started taking notice, especially casual restaurant chains,” City of Phoenix Director of Community and Economic Development Christina Mackay said. “The chains are waking up to the corridor, because the dense population creates an easy and accessible employee base.”

National food and beverage chains like Chick-fil-A, Olive Garden and Starbucks are all opening new locations on the north 19th Avenue corridor within the next 12 months.

“It was a clear four-step process,” Phoenix Real Estate Investors Association President Chris Eymann said. “The area was run down, then light rail came in five years ago, then there were concentrated efforts of revitalization of residential properties, and now the commercial industry has taken notice and wants in immediately.”

It is a revitalization with several high-profile residential projects, including K. Hovnanian Homes turning a failed golf course at 19th Avenue and Northern Avenue into a 200-townhouse community. Located right across the street from the Albertsons, it is a major part of the intersection’s turnaround story.

“We are seeing new home construction in an area that fought for years against a bad reputation,” Mackay said. “Five years ago, you couldn’t get an out-of-state developer to invest into 19th Avenue to save your life. Now, we get calls all the time.”

Perhaps the most valuable tenant in the neighborhood is Abrazo Central Campus, located at Bethany Home Road, a two-minute walk from the light rail. Abrazo’s presence has caused a surge in medical offices to the corridor, with family physician, pain management, pediatric and urgent care offices all located within a mile.

One of the longest-tenured specialty offices on the 19th Avenue corridor is also in the specialty healthcare space, where Open Heart Family Wellness has provided mental health and wellness services since opening the building in 1974. The dense population of the 19th Avenue north corridor continues to have a massive effect on the facility.

“The 85015 ZIP code in and around the 19th Avenue north corridor has the highest removal of children from their parents by the state of Arizona than any other ZIP code in the city,” Open Heart Family Wellness Chief Information Officer Socorro Dominguez said. “We serve over 5,000 people every year because our population here is dense.”

Dominguez has been on the front lines for the transformation of 19th Avenue over the past five years, and said she has seen both the good and the bad. For now, she is taking a wait-and-see approach to the area's new development goals.

“There is a continuous issue with crime, and I would hope more areas to address mental illness will be developed along the 19th Avenue corridor to focus on population health, not just health on a case-by-case basis,” Dominguez said. “It is a positive move forward to bring a more commercial presence on 19th Avenue. I just do not want the people who have the most needs to get left behind.”