Real estate isn’t a race, but Philadelphia is reaping the benefits of its slow-and-steady approach to economic growth anyway while the "hares" of the country fall back to the pack. 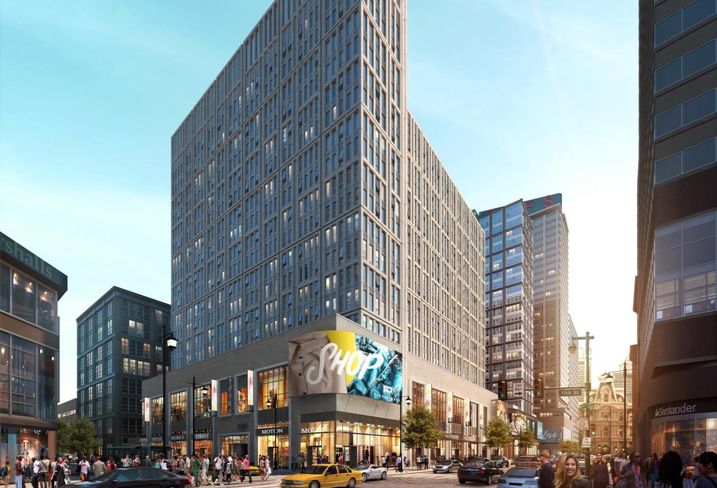 Since 2014, Philly has outpaced all other major cities in the Northeast in terms of both job growth and wage growth, according to a new CBRE report. One of the main causes for the shift is that peak post-recession growth hit those other cities earlier, and as this development cycle has begun to mature, Philly has kept chugging along. Now, it has hit a 27-year high in total employment.

“I was really surprised to see not only how well the city was doing in growing jobs, but, at the same time, also growing incomes faster than the [Philly] suburbs,” CBRE Research Director Ian Anderson said. “Philadelphia had a sluggish emergence from the Great Recession, and jobs were relatively slow to come, incomes had a tougher time rising as well, but that all started to change in 2014. The Great Recession finally faded rapidly from the area, and that’s when the recovery really gripped Philadelphia.”

Though it still is not the preferred target for soft goods retail in the region, Center City has been at the epicenter of Philly’s upward trend in the past few years, hitting record-high retail rents in 2018. It is the most densely populated downtown in the country outside of Manhattan, and it is growing in affluence as well. That has expanded the roster of streets that can attract big-name or up-and-coming retailers, Center City District President and CEO Paul Levy said.

“West Chestnut Street is almost completely filled out, East Chestnut Street is on a slow and steady recovery now, and that was really lagging, and of course the big construction stories are on East Market Street,” Levy said. “So a series of blocks that were really down-and-out for a long time are going through significant growth.”

East Market is still opening its retail portion in stages, and neighboring Fashion District Philadelphia has pushed its opening date to next year. The buzz the two developments have generated by attracting a mix of in vogue retailers has all but guaranteed at least a fast start for the area next year. Even leaving Market East aside, Market Street is generating more interest from retailers at a higher level than it has in decades.

“On Market Street, the tide has turned and the momentum has changed,” Anderson said. “Previously, it didn’t have the scale, but it has now reached that tipping point.”

Center City’s population strength has coincided with its multifamily development boom, which is beginning to settle down. Job and wage growth have also made an impact on the office market, which has translated to gains on Market Street east and west of Broad Street. As far east as Independence Mall, new food and beverage uses, like Independence Beer Garden and La Colombe in the former Dow building and the new food hall in the Bourse, are driving business from more than the standard tourist population. 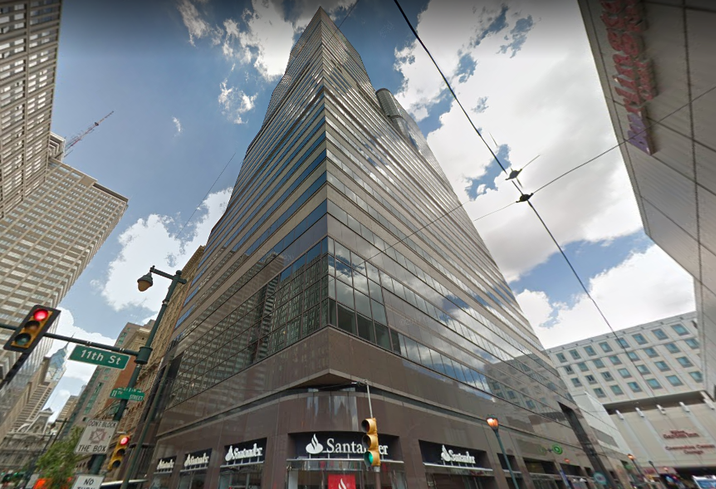 Google Maps
1101 Market St. as of June 2018, ahead of its transformation into Jefferson Tower

Farther west on Market, expansion-minded Jefferson is moving into the former Aramark building at the corner of 11th Street, while several blocks away, the Comcast Technology Center is filling with employees already. With the bulk of Jefferson’s Center City operations already sitting near East Walnut Street, Levy anticipates it helping Fashion District and East Market “stitch together” the city’s liveliest streets with its most businesslike.

Although Comcast exerts a huge amount of influence on the office market in Market West, the “Eds and Meds” have accounted for nearly half of the city’s employment growth since 2014, according to the CBRE report. That sector draws largely from the 21- to 35-year-old demographic, which now makes up nearly half of Center City’s population.

The combination of youth and affluence has led to a significant shift in the type of retail that dots Center City's streets. Though the total number of restaurants in the area has not changed materially since 2014, a greater share is now taken by fast-casual and health-conscious restaurants. The health and wellness industry has grown, driven by the current fixation on not just body image, but lifestyle image in popular culture.

“Health is the new wealth, and there’s no doubt that the wage growth and strong economy can be reflected in some of these boutique fitness providers we’re seeing in Center City,” Anderson said.

The rise of fast-casual restaurants and boutique fitness clubs in place of family restaurants, large bars and huge, all-purpose gyms has been concurrent with rising rent along those former also-ran corridors of Chestnut Street and East Walnut Street, in addition to Market, Levy said.

The timing and nature of this cycle’s inevitable end has been the subject of endless discussion and some concern in the multifamily and office markets, but Philly’s late start and steady pace of growth have retail landlords smiling as far south as East Passyunk and as far north as Fishtown, according to Anderson and Levy.

“Our forecast, everyone else’s forecast, continues to be pushed out for how long this recovery will continue,” Anderson said. “So now, it’s looking like 2020 is when the recovery will fade. The best-case scenario then is a mild recession, and that’s what we’re expecting.”

Beyond the steadiness of its growth, the industries in which Philly is growing could be the most encouraging sign. Education and healthcare are relatively stable even during a recession, and they now make up 30.5% of all employment in the city, according to CBRE. Beyond Jefferson, Drexel University is spearheading the ambitious Schuylkill Yards megadevelopment and the University of Pennsylvania is consistently in the news and on the minds of investors thanks to its groundbreaking research, Levy said.

When the cycle finally does end, perhaps that will be a real test of Philly’s resilience. But until then, the city and its retail market will enjoy the benefits of how it got through the last one.