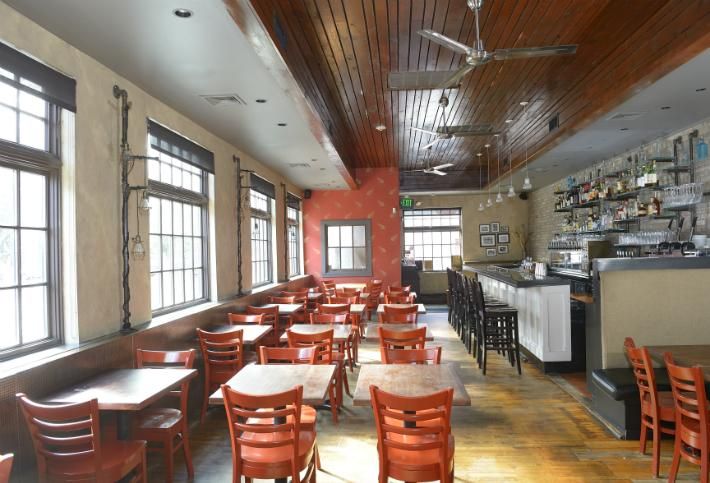 Courtesy: WEach Seats
Queen Village restaurant Ela will open its dining room during the day for users of the WEach Seats coworking app.

A new coworking app is set to launch in Philadelphia with the goal of reducing the industry's cost and dependence on office buildings.

WEach Seats, the brainchild of husband-and-wife duo Matthew Weaver and Sarina Chernock, offers daytime space in restaurants that would otherwise be closed until dinner to users at prices far below memberships at standard coworking spaces like WeWork and 1776. The app is beta testing in the iPhone App Store and Google Play with hopes to officially launch this month.

A restaurant that partners with WEach Seats is only required to have one staffer on-site to provide free coffee to users and office supplies, which are provided by WEach Seats. The app has agreements already in place with four restaurants: Ela in Queen Village, Paris Wine Bar in Fairmount, Bar One in Bella Vista and Writer's Block Rehab in Midtown Village.

WEach Seats targets areas for partnerships based on the number of users from each ZIP code who log onto the app. Weaver and Chernock told Bisnow that they already have enough users to launch in the 19147 ZIP code, which includes Bella Vista and part of Queen Village. The couple anticipates Fairmount reaching critical mass by the end of the month.

The advantage of WEach Seats model is the nearly total lack of infrastructure required, Weaver and Chernock said. If the app has an agreement in place with a restaurant and enough users in that ZIP code to justify opening, the service can open almost immediately. Even without any restaurants signed up, WEach Seats has already seen logins expressing interest in the Graduate Hospital, Kensington and Fishtown areas.

The nimble model also allows for rapid scaling and expansion, even potentially beyond Philly, if it catches on. Though it does not contain quite the membership perks and infrastructure of the office-based operators, those come with prices that make it tough for individual workers or smaller groups to justify leaving the house. As the coworking industry matures, WEach Seats looks to join the second wave of operators challenging what is arguably an entrenched establishment in the still-new industry.