The Philadelphia multifamily market is about to get even more crowded, but there’s still plenty of reason for optimism, thanks to the diversity of the market. That optimism will be on display at Bisnow’s Philadelphia Multifamily and Affordable Housing Forum at World Cafe Live July 28. 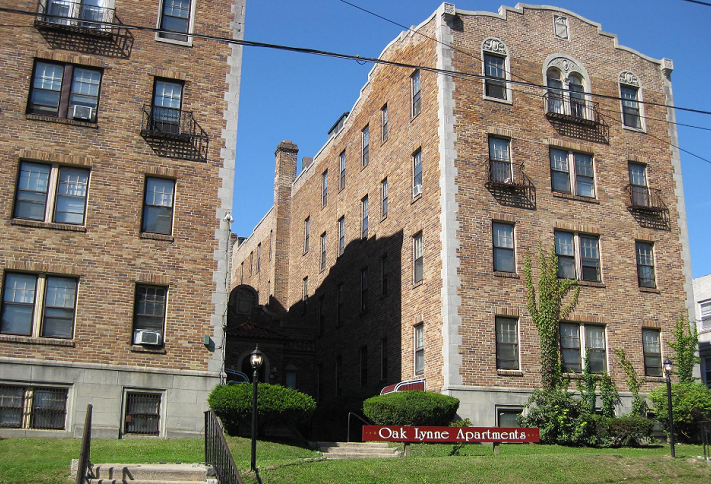 Much like the city’s office market, Philadelphia’s multifamily housing market has strong fundamentals and is trending in a positive direction in terms of rent prices, according to Odin Properties CEO Philip Balderston, who will be a panelist at our event.

However, soon-to-be-completed projects like Rodin Square on the Benjamin Franklin Parkway and One Water Street on Delaware Avenue may complicate things.

“The major question is, to what extent are new properties in Philly going to change the dynamic?” Philip asks. He added that, when the new properties fully enter the market, “That’s when you might see some softness.”

Those new properties are by and large Class-A projects that will mostly serve Center City, which means the most competitive market in the greater Philadelphia area could become downright cutthroat by the time commercial buildings like the East Market project and the new Comcast Tower are finished.

In such a climate, when several top-of-the-line buildings are all competing for a finite amount of tenants, developers have to be concerned with how they can stand out. Amenities are a necessary selling point, but according to The Martin Architectural Group’s Daniel McCauley (below, left), it’s more important that a place “feels like home.”

“Regardless of the project’s size or location, it’s about creating a very authentic sense of place,” Daniel says. 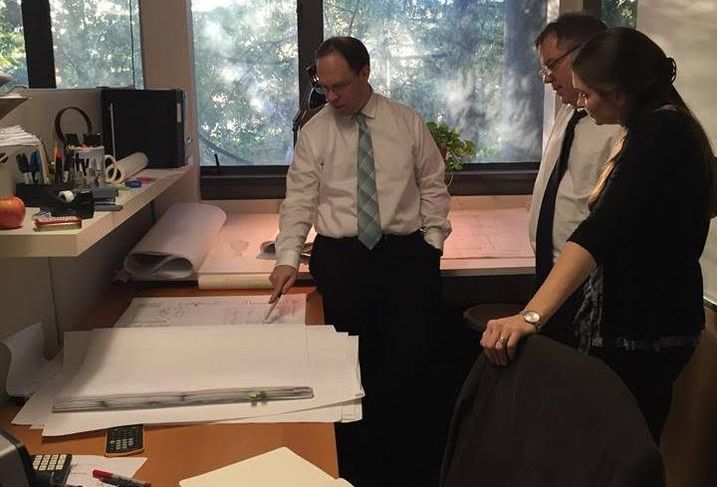 Of the ways a residential development can feel a part of its immediate surroundings, the aesthetics are the most obvious, but it’s more than putting a brick building next to other brick buildings. Daniel (snapped above in his office) cites a well-placed entry as an excellent way to create public spaces for social interaction, for example.

“If you’re sharing retail or amenities with the neighborhood, that helps tie your building in [with the area] very well,” Daniel adds.

More importantly, access to green modes of transportation is both a good way to connect a development to its immediate surroundings and appeal to the environmental concerns of Class-A-seeking tenants. That demographic will shun bus stops in favor of other modes—trains above all—but also convenient and pleasant means to bike and walk.

Even so, a well-designed and beautiful building will set itself apart from the minute you look at its rendering in a brochure or on a website. At the highest price points and in the newest buildings, that means a forward-thinking, even futuristic, approach.

“I think the very trendy and popular thing for a while will be the contemporary, slick look—glass lines, terraced areas many levels up,” Daniel says. “It’ll be popular for a long time.”

In addition to just a snazzy look, there are functional (read: cost-effective) benefits to a more modern style of building—materials that are easier to maintain, better for the environment and so on.

“We’ve had traditional-looking buildings for 200 years, and over the past 30 or 40 years, different materials being available allows us to bend what we can do,” Daniel says. 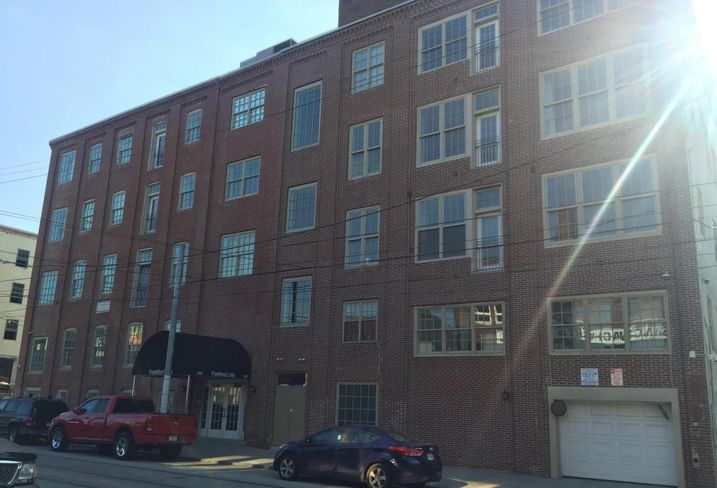 Of course, every building can’t be a modern marvel catering to the top of the tenant pool—not even in Center City (hence the call for affordable housing). Renovations of older buildings are just as vital to the housing market, provided they’re “at a differentiated price point, and they deliver value to the renter,” Philip says.

Indeed, even though the Philadelphia housing market has been waiting for the new construction that is now just around the corner, the market for renovations is just as robust. People of every demographic continue to migrate into more urban areas to be in a live/work/play environment (although in the suburbs, Conshohocken and King of Prussia have become fair approximations).

Demand for renovated multifamily units is not restricted to Center City, as properties like Frankford Lofts in Fishtown (above, owned by Odin) advertise proximity to both public transit and walkable restaurant districts. Such areas wouldn’t necessarily support a brand-new high-rise (or want one), but the value is there.

Additional value might be coming to Philadelphia in the form of micro-units, a way to wring every last square inch of space out of a building while also providing a more communal atmosphere.

“There are people that are experimenting with different types of models where you have shared kitchens or shared amenities,” Philip said. “I think you’ll see that more and more.”

If they’re coming, micro-units will simply be another side of the diversity of the Philadelphia multifamily market, which can only be a good thing for the future of living in this city.

You can learn more about the market later this month at Bisnow's Multifamily and Affordable Housing Forum.