Multifamily Deals Largely (But Not Entirely!) Grind To A Halt 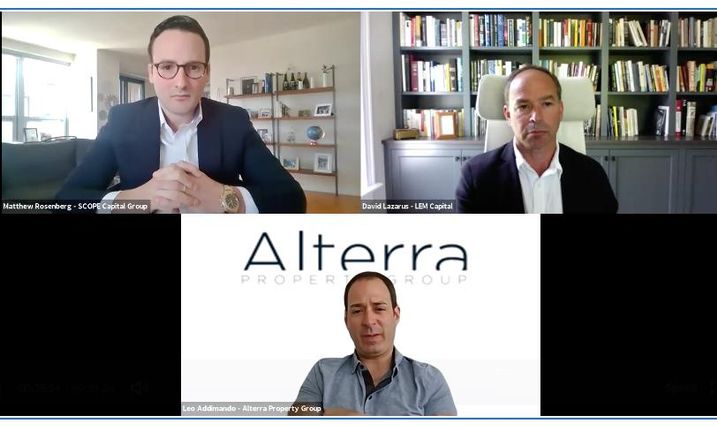 Multifamily experts say the coronavirus pandemic has put a damper on deal-making but hasn't snuffed it out entirely.

Deals that were in the works before the worst health crisis in more than a century struck are closing, although banks are lending money at less favorable rates than they did previously.

Buyers are worried about buying properties at the height of the market that will come back to haunt them when the economy rebounds.

"When this thing started, everyone was gripped with fear of what's going to happen in April," Alterra Property Group managing partner Leo Addimando said May 21 during a Bisnow webinar on the Philadelphia multifamily sector.

"May in some cases was better than April since the stimulus checks had come in then. People that I hear from are less worried about June and are now more focused on August and September."

Philadelphia-based Alterra hasn't looked at new acquisitions in months and is focusing instead on refinancing and recapitalizing its existing properties, according to Addimando.

Besides the economics, there are more practical barriers to getting multifamily deals done, such as being unable to physically inspect a property before buying it, according to LEM Capital Managing Director David Lazarus.

"We are trying to react in real time to look at potential opportunities," Lazarus said. "The deals that we are chasing right now are largely deals that were tied up before the pandemic. We are evaluating the debt markets and underwriting with regards to these deals."

But SCOPE Capital Group Managing Director Matthew Rosenberg told webinar attendees his company is as busy as ever.

"We didn't slow down on the debt side whatsoever," Rosenberg said. "We have signed up probably five development deals in Philadelphia. We have banks behind them. We're are seeing aggressive swap rates, 10-year fixed terms in the low 3s."