What's The State Of The Philadelphia Hotel Market?

Philadelphia has perhaps a higher national and international tourism profile than ever, but its hotel industry is at a crossroads, without much growth in revenue over the past year but with an influx of new rooms set to come online in 2017. Last year, the Meeting of the Families was attended by the Pope and thousands of tourists, and although the City of Philadelphia reacted by shutting off wide swaths of the city—thus restricting access to and from areas, many with hotels—the net result was a lot of people who needed hotel rooms, and a sizable bump to the industry’s bottom line for the year.

This year, the Democratic National Convention looms as the next big driver of a massive group of visitors, and Mayor Jim Kenney promises that the city will be more open to visitors (and more welcoming to current residents) this time around. The idea is to establish Philly as a place not just for a weekend getaway for a family, but a destination for large gatherings to drive income to the city.

In anticipation of success in that field, a 755-room hotel to be shared by the Element and W brands is under construction in Center City, positioned to be a destination for attendees of events at the expanded convention center. It won’t be ready for the DNC, but should open at some point in 2017.

Andrew Benioff of Llenrock Group tells Bisnow “A lot of people believe it needed to be built, because if you don’t have it, there’s not another hotel to help with conventions,” although he notes he’s not so sure himself.

As for the DNC, Andrew believes the existing hotels in the area will do just fine, even if some convention-goers have to stay at the airport or in the surrounding areas. “[Hotels] are going to be full and charging high rates for the weekend, and there will be spillover into other areas, but we have the rooms.” It has been a few years since Philadelphia has seen the kind of increase in available rooms that is coming in 2017—along with the W/Element, the Four Seasons is building 200 rooms on top of the incoming Comcast Tower, which Andrew surmises will become the priciest hotel in the city when it opens.

That’s good for all other hotels, which can adjust their pricing to fill the new space made by the highest tier.

The 900-plus new rooms set to be available in 2017 will serve as the first major influx of space in years, which Jan Freitag of hospitality research group STR (above) says is “very different from the national numbers, where room supply is up around 2%.”

Happily, the lack of new rooms has coincided with good occupancy numbers, though just how good depends on how you look at it. STR’s research pegged occupancy at around 68% in 2015 and down to 62% this year so far (though that should rise after the DNC), but Andrew says the figure for just Center City is “in the high 70s,” a record.

Both agree, however, that although the percentage will take a hit in the short term after the two major hotel openings, it should rebound after.

“We’ll absorb it and eventually come back up again, but as these hotels come on, we’ll hit a bump,” claims Andrew, and Jan says the market should support increased supply.

Outside of the city center, however, hotels are an extremely different proposition. Without obvious walkable draws like the convention center and the historical district, there aren’t the sort of locations for big hotel chains to hang their hat on—even if they are attracting visitors.

Jan explains: “The advent of Airbnb—which arguably is a hotel with one room—has seen developers find that neighborhoods can’t necessarily support a big box hotel but do support a lot of Airbnb business.” 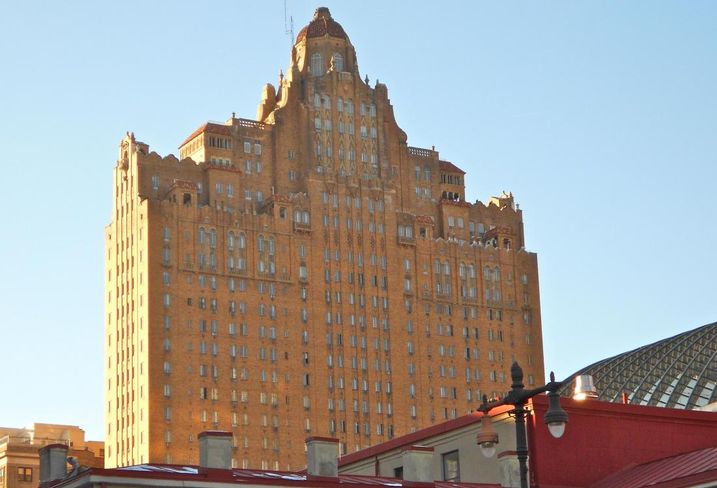 Airbnb’s rise has changed the face of travel for many, but there are ways for hotels to adapt to the trend. Primarily, they have to mimic what makes the service so appealing—the connection to a neighborhood that the app sells as possible only when you stay in a real domicile. But of course, there’s more to it than where you lay your head.

“Hotels can emulate [Airbnb’s feel] by having the hippest bar or restaurant on the block. It’s about providing some local flair rather than a beige box,” says Jan.

In urban areas where visitors are guaranteed, a hotel can distinguish itself by, well, distinguishing itself. Independent hotels that aren’t replicated all over the country don’t have to abide by national design concepts, and individual design can add authenticity to a hotel space.

Andrew adds, “If there’s already demand, the brands don’t bring that much extra value to drive business to the property.”

Ahead of the two major hotel openings (plus the announced Cambria not far away), the hotel picture in Philadelphia isn’t terribly clear—two buildings have yet to be completed, but Andrew says we’re in “the last third of the current development cycle.”

Whether Philadelphia’s tourism continues to improve along with (or thanks to) the strength of these incoming additions is the biggest question.