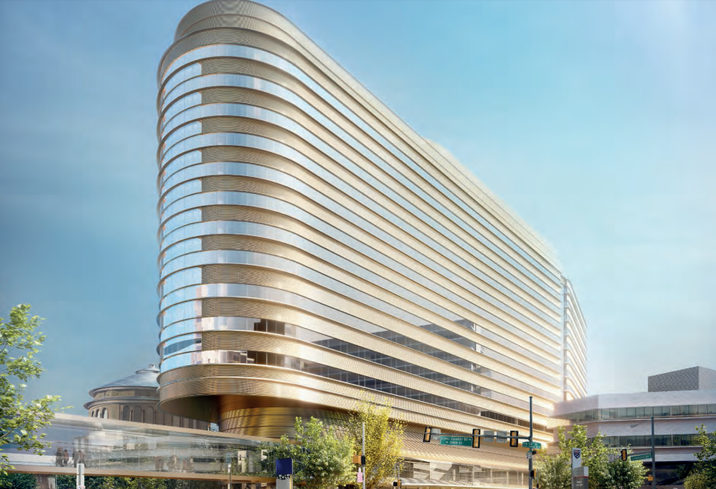 The proposed $1.5B New Penn Patient Pavilion was approved by the Civic Design Review on Tuesday, though not without criticism.

The modern building, designed by Foster + Partners for the Hospital of the University of Pennsylvania, will also serve as a backdrop to the historic Penn Museum, and it will be a contrast in styles, as noted by CDR committee member Cecil Baker, according to Curbed.

"As a citizen of Philadelphia, I find it overwhelming,” Cecil said. “Not that contemporary architecture doesn’t belong at Penn, but I’m worried about all this overhang.”

The Pavilion, which will total 1.3M SF at 13 stories tall, is planned to contain a series of pedestrian bridges, with the goal of increasing foot traffic in the hospital area of University City. The first two floors of the development are slated for public space, with four surgery floors above them and seven floors for patient rooms on top.

The architects noted that the final product should look more textured and bronze, rather than the sleek and gold look in the renderings. Foster + Partners is aiming for LEED Silver certification and an opening in 2021. [Curbed]