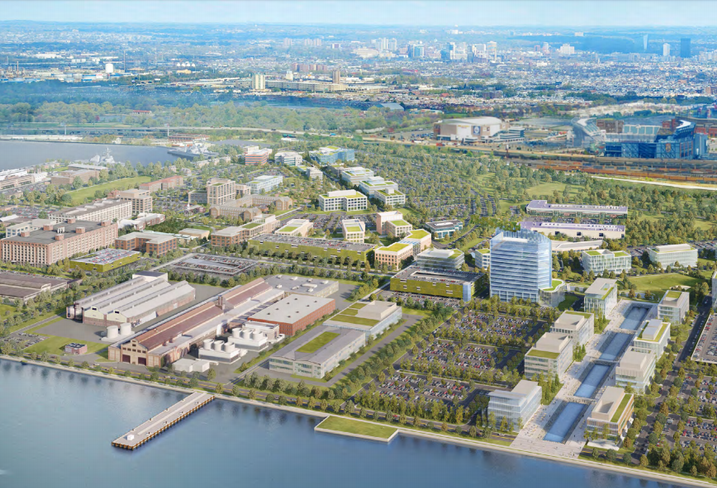 The proposals include expanding existing life sciences research and development, corporate headquarters, office and commercial uses, and spaces for restaurants and retail, according to PIDC. At PIDC's request, developers are including plans for mixed-use residential buildings to the Navy Yard for the first time.

The public/private partnership received 35 responses to its request for qualifications issued in September to develop a 109-acre site at the former military base.

The company picked will replace Liberty Property Development, which is exiting the role it held since 2003 after changing its business model to focus solely on industrial development. Liberty is currently working on the fourth building at WuXi AppTec's complex, its final Naval Yard project.

"We believe that we have a strong pool of potential partners that will contribute to this next chapter of innovation and development at the Navy Yard and look forward to announcing a new development partner later this year," PIDC Senior Vice President of the Navy Yard Kate McNamara said in a press release.

The Navy Yard is home to nearly 170 employers, including the headquarters of Urban Outfitters, GSK's North American headquarters, Jefferson Health, various life sciences and technology startups along with U.S. Navy engineering centers and a graduate campus for Penn State University. About 15,000 people work on the property.

Here is a rundown on the shortlisted companies.