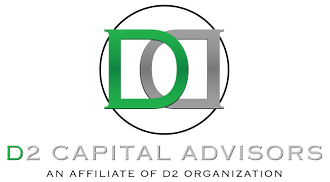 For Intricate Financing, Developers Turn to Mortgage Advisers Who Go Above and Beyond

In February 2020, just weeks before the coronavirus pandemic gripped the U.S., Fox Valley Developers was thrown a curveball.

The company was working to obtain financing for a new type of mixed-use development in Aurora, Illinois. The plan was to convert an abandoned, historically landmarked hospital campus in Aurora into a community for seniors and developmentally disabled adults when suddenly, the bank that was going to provide the construction loan backed out.

“This was a very complex deal,” said Jack Cortese, vice president of D2 Capital Advisors, the transaction advisory division of the D2 Organization, a Philadelphia-based development and investment firm. “The bank wasn’t comfortable with the multifaceted capital stack that included PACE, State and Federal Historic Tax Credits, New Market Tax Credits and bridge loans, so we were brought in to secure a construction loan from a lender who was.”

D2 understood the challenges and still decided to step in at the eleventh hour to secure financing for this unique project. That’s because D2 is not just a mortgage broker and advisory company, D2 is also a developer that has been responsible for a host of unique projects including a 13-acre, 240-car railyard in Delaware and a 1.7M SF logistics park in New Jersey.

According to Cortese, as a developer, D2 specializes in identifying and transforming overlooked properties into developable assets that benefit their communities. Its transaction advisory arm aims to do the same by seeing value in deals that other mortgage brokers may overlook because they seem too complicated or challenging.

D2 Capital Advisors has arranged financing for projects of all shapes, sizes and complexity levels, but a few that stand out include $56M for the renovation of the Philadelphia Metropolitan Opera House — now the largest live concert hall in Philadelphia — and $62M in nonrecourse construction financing it just closed for a speculative office development in Allentown, Pennsylvania.

The Aurora deal is another example of D2's ability to handle complex projects. In March 2020, the whole world was changing as a result of the pandemic, but Fox Valley Developers still wanted to move forward with its project. One of the groups financing the tax credits on the project, Enhanced Capital, suggested to Fox Valley to reach out to D2 to arrange the construction loan. Enhanced had already worked with D2 on two successful financings in the past and knew that D2 had the experience and skill needed to close this transaction.

“We take a lot of pride in securing financing for good projects in underserved communities, and we understand how to showcase the value in these deals for both our clients and our lenders,” Cortese said.

David Frankel, chief operating officer at D2 Capital Advisors, said that while the company was eager to jump in, the project presented several hurdles. First was navigating and addressing the various requirements of the different lenders involved.

The developers were using a Property Assessed Clean Energy program, or PACE, loan, which finances the cost of energy-efficient upgrades made to a project. As Frankel explained it, many senior lenders expect to have the first position lien in a capital stack, and they are not used to having another lender in front of them. Since PACE is secured by a special tax assessment, that puts the loan in the first position, as with all other real estate taxes.

The project was also receiving several Federal Historic Tax Credits, State Historic Tax Credits and multiple grants, all of which had their own bridge lenders and tax credit investors. Along with that, Frankel said that due to the onset of Covid-19 many lenders were hesitant to get behind operationally heavy senior living projects that included assisted-living and memory-care units like this one.

Despite all these challenges, D2 was able to secure $34.5M in construction financing from a Boston-based debt fund, help package the tax credits and keep the PACE loan for the project, all during the height of the pandemic.

“D2’s expertise was critical to closing this financing package,” Fox Valley Developers principal Michael Poulakidas said. “D2’s command of the financing process was invaluable to our team and gave me more time to focus on project development.”

D2 didn’t walk away once the deal closed. Once their part was finished, a New Market Tax Credit was offered to the project, and D2 stayed and worked with its client past the initial closing, to ensure all business terms remained unchanged. As a result, the project is now underway with a projected completion date in October 2022.

According to Frankel, one of the lenders in the deal said it was the most work they had ever seen a broker do on a transaction. Fox Valley Developers has now tapped D2 to secure financing for its next several projects.

“As capital advisers, we go above and beyond, from upfront due diligence all the way through closing, to work with our clients to make sure they receive not only the best deal but also the best service,” Frankel said. “As developers ourselves, it’s what we would want from our financing partners.”

This article was produced in collaboration between D2 Capital Advisors and Studio B. Bisnow news staff was not involved in the production of this content.

D2 Capital Advisors
D2 Capital Advisors is the transaction advisory division of the D2 Organization that arranges and structures real estate capital transactions for the debt and equity needs of our clients as well as for D2O's own developments and investments. D2CA leverages its development experience and financing expertise to advise clients on efficient financing solutions for complex transactions. With over 35 years of experience, D2CA has arranged funding through each segment of the capital stack and for all property types. D2CA’s experience as developers, investors, and owners of real estate leveraged with our longstanding lender and investor relationships uniquely positions our capital markets service. At D2CA, we pride ourselves on a full-service and proactive approach so that the client can focus on project development and leave the financing process to us.
Confirmed! You are subscribed to the Bisnow Philadelphia E-Newsletter.
Most Read Stories
More Top Stories
Bisnow Philadelphia Newsletter
Bisnow Philadelphia Newsletter