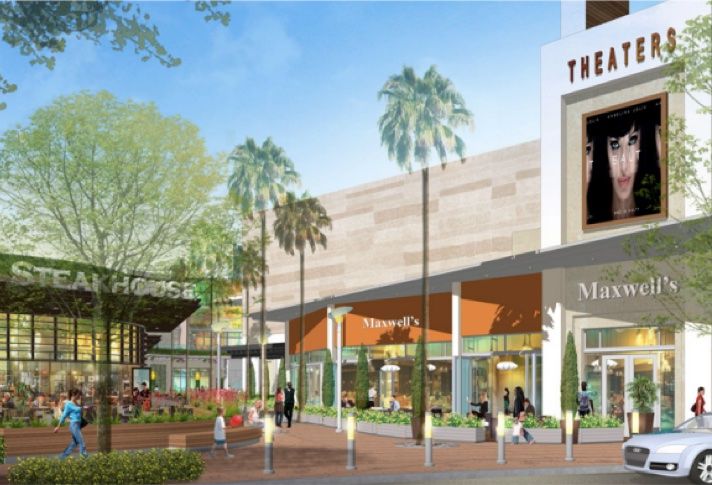 Laguna Hills Mall is getting a major overhaul to revitalize the 43-year-old retail center with the addition of luxury apartments, an upscale movie theater and park, and indoor and outdoor shops and restaurants. With the exception of minor updates in 1993, the mall has not been renovated since it was built in 1973. The City of Laguna Hills, which has been planning to overhaul the mall since 2000, approved the proposed plan last month to inject new life into the aging 68-acre retail center. City of Laguna Hills community development director David Chantarangsu says the city wants to use the mall’s redevelopment to create a village core that provides a walkable live/work/play environment, according to the Orange County Register.

Former mall owner Simon Property Group sold the mall to San Francisco-based Merlone Geier in 2013. The firm has been looking at options for redeveloping the retail center ever since. This B-minus-grade mall is sandwiched between two A-plus malls, The Shops at Mission Viejo and Irvine Spectrum Center. Mall grades are determined by a variety of factors, including sales/SF. Newport Beach-based Green Street Advisors analyst DJ Busch says the mall, which has been renamed Five Lagunas, must add food and entertainment to be successful. Such additions help brick-and-mortar centers compete with e-commerce and are an important source of demand to help underperforming retailers.

Merlone Geier plans to gut the mall between the former Sears and JCPenney stores, providing an open, airy area for trendy shops, chef-driven restaurants and entertainment venues, including a luxury, 14-screen movie theater with upscale dining and VIP levels for guests over age 21. A one-acre green space called Sycamore Park will provide a community gathering space and host live music, community events and other activities, like a farmers market. Mall anchors JCPenney, Macy’s and Nordstrom Rack will remain, as will a number of current retail tenants, but the facades of JCPenney and Macy’s will receive a facelift. The final mall will house 60 retail tenants. The most dramatic addition, however, will be 900 apartment units with resort-style amenities, including pools and a yoga studio. The first phase of renovations is scheduled for completion in 2018. [OCR]