The city of Laguna Niguel has a lot going for it.

The master-planned community of 66,000 residents in South Orange County boasts great schools, hiking and bike trails, fitness centers and community events, and it sits about a 15-minute drive from the beach.

For all of its family-friendly suburban features, one thing city officials admit is missing are millennials.

The city’s median age is six years older than the rest of Orange County’s (42 in Laguna Niguel versus 36 in Orange County). In a 2013 report, the city found only about 15% of its residents are ages 20 to 35.

To entice more young people to move in, the city in 2011 passed the Gateway Specific Plan on a 300-acre area on the east side of the city that has entitled developments with up to 3,000 residential units and 2.2M SF of retail, office, entertainment, hotel and other kinds of projects.

"We have more land available," Ridge said at Bisnow's Future of South Orange County at the Irvine Marriott.

More than 160 people attended the event to discuss projects and the latest happenings in South Orange County — the cities from Irvine to San Clemente.

At the event, panelists discussed the growth of the Irvine Spectrum outdoor mall, the number of hotel developments in Lake Forest, the $300M Dana Point Harbor project and what's next for the Laguna Hills mall.

Many of the panelists also discussed the lack of millennials and young people residing in South Orange County.

The lack of nightlife compared to Hollywood and downtown Los Angeles along with high housing costs have kept out a lot of millennials.

"It is very boring. ... It's a city of suburbs," The Bascom Group Managing Partner Jerry Fink said when describing South Orange County.

There needs to be a push for more density and creating downtown districts, Fink said.

Things have been changing, though, to bring in a younger demographic.

At night, the Pacific City mall, which opened in 2015 just steps away from the ocean in Huntington Beach, attracts a lot of young people to shop, eat and enjoy the nightlife, Bellwether Enterprise Vice President Jason Krupoff said.

R.D. Olson, along with Bellwether Financial and Burnham Ward Properties were the developers chosen by the Orange County Board of Supervisors to renovate and develop a $337M mixed-use makeover of Dana Point Harbor.

The project includes 116K SF of commercial mixed-use, including restaurants, outdoor dining, a food hall, retail, a surf museum and office space. It will also have two hotels, one of which will be a 130-room boutique hotel with a rooftop lounge that could attract millennials, Wrzosek said.

In Laguna Niguel, there are several transit-oriented mixed-use developments being built. The city recently approved a JV of Blackwood Real Estate and Walbern to develop a 100-unit mixed-use project.

As part of the city's Gateway plan, the goal is to create an urban village where people can live and walk around the residential units on top of ground-level retail, said Ridge, the city manager.

Ridge said the city is in talks with a developer for the opening of a brewery and other types of experiential retail.

More restaurants, from a Stonefire Grill to a Wood Ranch, are opening in the near future, she said.

"It's very hard but we have to have it," Ridge said of attracting younger residents.

"The master plan has been carefully and thoughtfully planned out," she said. "The gateway specific area will attract a younger demographic."

Check out a slideshow of photos of the event here: 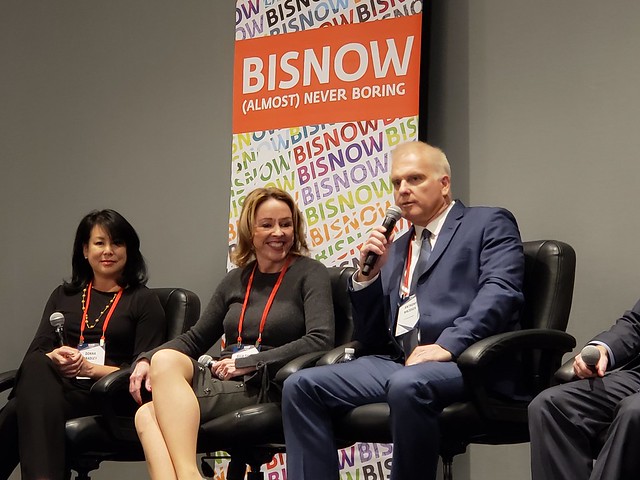