WeWork is continuing to expand in Southern California.

In spite of continued turbulence following a failed initial public offering, the ousting of CEO Adam Neumann and The We Company's reported takeover by Japanese investment giant SoftBank Group, WeWork is still all systems go in Orange and Los Angeles counties. 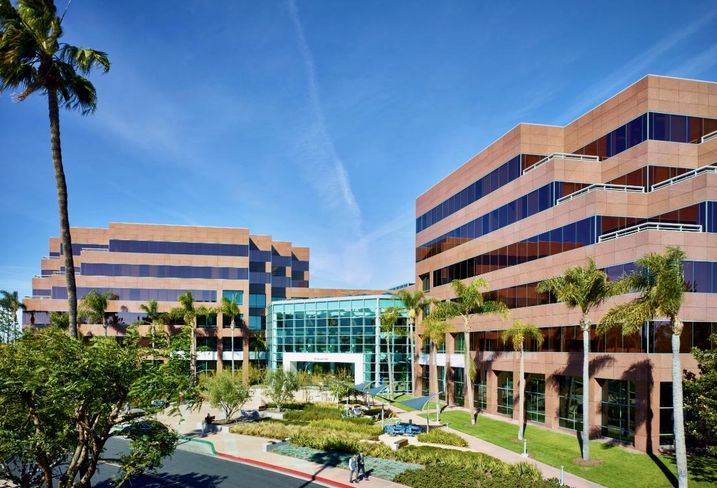 Its latest foray: The opening of its newest coworking spot in Newport Beach last week.

WeWork will occupy more than 50K SF of ground-floor office space at Granite Properties' Bayview Towers at 100 Bayview Circle. Bayview Towers is a six-story, nearly 350K SF Class-A office building a few minutes drive from John Wayne Airport. The new space will be able to accommodate up to 800 workers.

This is the company's first coworking location in Newport Beach, and its sixth Orange County office. The company said it is planning to open 10 coworking spots throughout Orange County.

“Since expanding in Orange County, we’ve experienced increasing demand and look forward to seeing the creative and entrepreneurial workforce in Newport flourish in our space,” Southern California WeWork General Manager Kley Sippel said in a statement.

A source close to WeWork told Bisnow that despite the ongoing recent tumult, the company still plans to open its four previously announced coworking locations in Orange and Los Angeles counties.

It is unclear if Granite officials asked for any contingencies from WeWork in case the company goes through some type of restructuring and can't hold up its lease agreement.

Granite did not reply to a Bisnow request for comment as of press time.

WeWork, which opened its first location in Orange County in 2016, said it plans to open three more coworking spaces in Irvine and one more in Newport Beach.

In Los Angeles, the company plans to open eight more coworking locations, to go along with its 21 offices spread out through the area.

It has been a rough few months for WeWork's parent company, The We Company.

Since filing an IPO prospectus and valuing the company at $47B just a few short months ago, the company went from being the darling of commercial real estate to a virtual pariah, as Neumann stepped down and the company was on the verge of bankruptcy before being rescued by SoftBank.