The city of Anaheim and Angels officials have crafted a proposed deal to keep the Major League Baseball franchise in Anaheim through 2050 and beyond.

If things go according to plan, the Angels will remain in Anaheim for the long haul, team owner Arte Moreno will finally have the ability to own and develop around the stadium, and the city's Platinum Triangle will have its future commercial anchor. 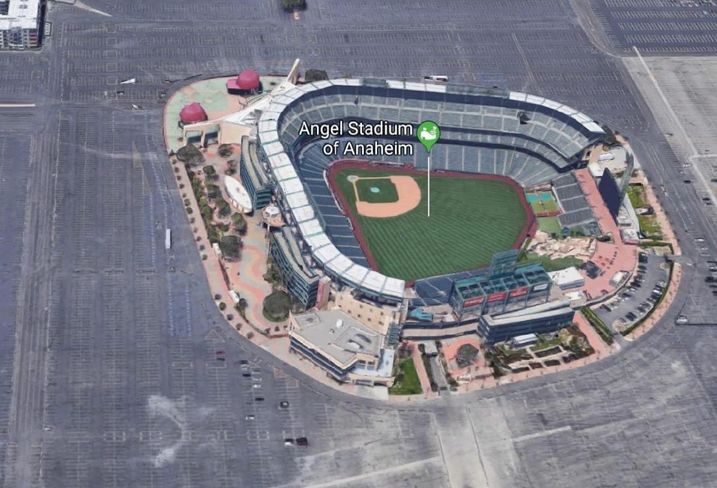 As part of the proposed deal, the city will sell 153 acres that includes Angel Stadium of Anaheim, its surrounding parking lots and an entertainment venue to SRB Management for $325M. Angels owner Arte Moreno is a partner at SRB Management.

The city council will vote on the deal at a special meeting on Dec. 20.

"After years of uncertainty, we have a path forward for baseball in Anaheim," Anaheim Mayor Harry Sidhu said in a statement. Sidhu is leading the city’s negotiating team.

An Angels spokesperson did not reply to a request for comment.

Under the proposal, the Angels, who have played at the Big A since 1966, would commit to play in the city for the next 30 years with options for an additional 15 years, the city said.

SRB Management will then take control and own the city-owned 153 acres that includes the 45,500-seat Angel Stadium, the 12,500-space parking lot and the 1,700-seat City National Grove, which all sit in the heart of the city's growing Platinum Triangle.

The Angels will also be responsible for renovating the aging stadium, the fourth oldest in the major leagues, or for building a new stadium. Additionally, the deal would clear the way for Moreno to build commercial real estate developments like a hotel, apartments, condominiums and other types of retail or entertainment projects around the stadium.

The renovation of the stadium has been the most contentious point between the team and the city, with neither side budging on who is responsible for paying for an estimated $200M to $250M in infrastructure repairs for the 54-year-old Angel Stadium.

Under the proposed deal, the Angels will be responsible for its upkeep. 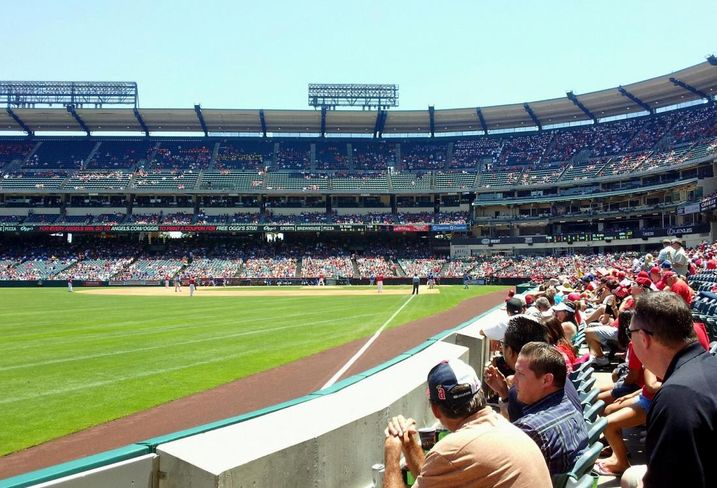 In 2013, city council proposed giving Moreno development rights for the surrounding parking lot around the stadium for $1 a year through 2057. But former Anaheim Mayor Tom Tait nixed the agreement.

The sales price of the stadium and land would represent $2.1M an acre, a market-rate price and at the high end of Anaheim’s commissioned appraisal, Anaheim spokesman Mike Lyster told Bisnow. It could change contingent on a future negotiating session between the city and team, Lyster said.

Under the proposal, the price could lower if the Angels agree to some community benefit development on the land. The city is asking the Angels owner to build affordable housing, create more park space around the stadium and formulate a union workforce agreement for developing the land that prioritizes Anaheim residents.

City officials said if the site is fully built out for new uses, it would generate at least $7M in net yearly city revenue from hotel, property and sales taxes.

Sidhu said the biggest hurdles to affordable housing and parks are finding land and getting developers to build.

"We would ask the Angels ownership to do more than others have in the Platinum Triangle, with credit for doing so,” Sidhu said in the statement.

“This proposal reflects what we’ve heard from our community by keeping the Angels in Anaheim, bringing money for our neighborhoods and the prospect of more affordable housing, parks and jobs for Anaheim."

The team opted out of its stadium lease in 2018 and signed an extension to remain through the 2020 season. This year, the Angels flirted with possibly moving to a 13-acre waterfront site in downtown Long Beach.

Sidhu had previously told Bisnow it was his goal to keep the team in Anaheim and that an agreement would be in place before the end of the year.

The team met with the city three times before coming up with the current proposal.