How does the Long Beach Angels or the Los Angeles Angels of Long Beach sound?

With dreams of a downtown waterfront ballpark along the shores of the city, Long Beach Mayor Robert Garcia has begun preliminary discussions with Los Angeles Angels owner Arte Moreno to have him possibly move the Major League Baseball franchise 28 miles west from Anaheim to Long Beach. 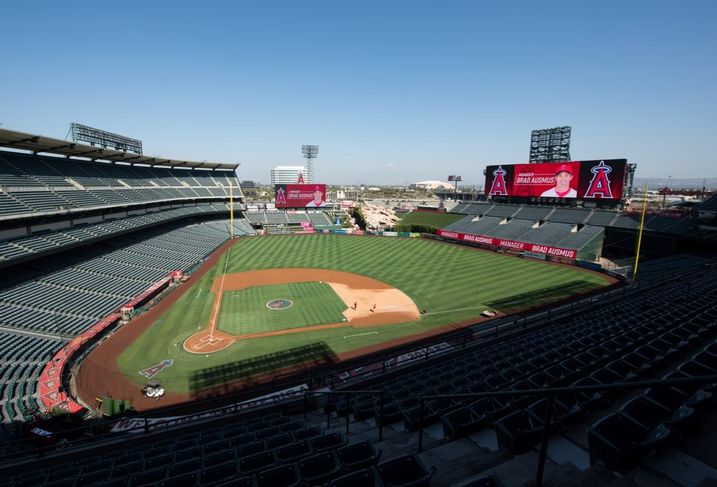 Courtesy of the Los Angeles Angels
Angels Stadium in Anaheim

“We are exploring the feasibility of a downtown sports venue on the Convention Center parking lot,” Garcia said in a statement to Bisnow.

Garcia is referring to a vacant 13-acre site on Shoreline Drive adjacent to the convention center.

"We are in the early stages of our due diligence and are exploring a variety of options for this property," Garcia said. "We have approached the Angels to express our interest and discuss the possibilities of this opportunity. This is very preliminary and discussions are ongoing."

The Angels are flirting with the possibility.

"As we have stated from the beginning, we must explore all our options to secure a long-term future for the Angels and provide fans with a high-quality experience in a renovated or new ballpark," Angels President John Carpino said in a statement to Bisnow.

Long Beach's wooing comes as the Angels continue to discuss some type of arrangement to keep the baseball team in Anaheim. The team opted out of their stadium lease last year.

For years, the Angels and Anaheim officials have butted heads over who is responsible for paying the estimated $200M to $250M in renovations needed on the aging city-owned Angel Stadium.

Built in 1966, Angel Stadium, which sits on a 150-acre lot, is the fourth-oldest ballpark in Major League Baseball. 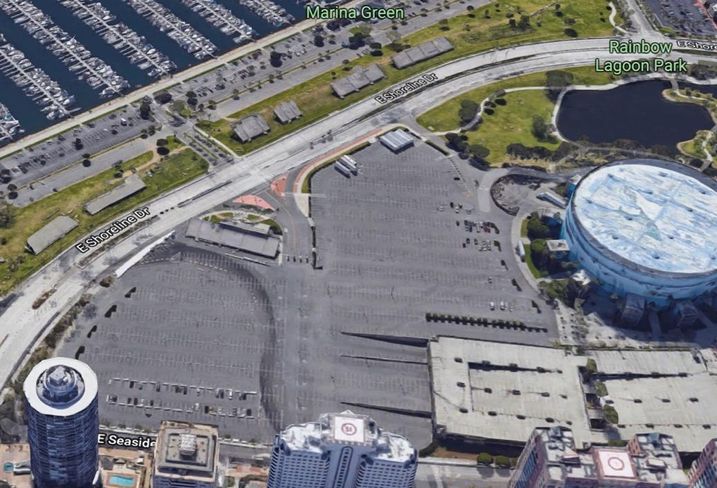 Anaheim has invested heavily around the site and dubbed it the Platinum Triangle.

More than $1B in multifamily, office, retail and entertainment commercial real estate investment has poured into the area in the last decade.

Despite their recent differences, a new political change in Anaheim's city leadership has shifted the winds in favor of some kind of arrangement with the team.

Unlike his predecessor, former Mayor Tom Tait, new Anaheim Mayor Harry Sidhu has said it is the city's priority to keep the Angels in town. As one of his first acts as mayor last month, Sidhu voted in favor of a one-year lease extension that keeps the Angels through the end of the 2020 season.

"It’s no surprise other cities would try to lure the Angels to leave — having a Major League Baseball franchise is a big benefit to any city," Sidhu said in a statement. "We are confident that the best place for the Angels is and always will be Anaheim, and the one-year extension we granted gives us the time to work out the details and craft an agreement that benefits our residents and the city."